Ark Class Ships Could Be awesome

Imagine a titan sized transport ship that can transport a ton of ships in a single load, like 9 dreads, 8 carriers, 4 supercarriers, 2 titans, and a separate bay for normal ships that can carry up to 200 ships, each bay would consume m3 of space overall, and could become the first ship that can be anchored in dead space, be like a nomadic ship that moves around on rare occasion, then have a slot that allows for jump gating purposes that can only be used once anchored, and players can dock onto this ship freely as long as it’s anchored

You’re effectively asking for a mobile station. I’d place restrictions on how often it can be moved…and I’d allow such ships to be regarded as stations for the purpose of wardecs, and with zero asset safety. Also, I don’t think I’d see much difference between ‘dock onto’ and ‘dock into’ as players could just log off and then relog tethered if one allowed tethering for the ship.

well, that’s why it would have a cynosural docking generator, to limit what ships could actually warp to it, and access it (black op, stealth bombers, recon)

I reimagined mothership in sort of such shape.
One of them exactly. Caldari one. 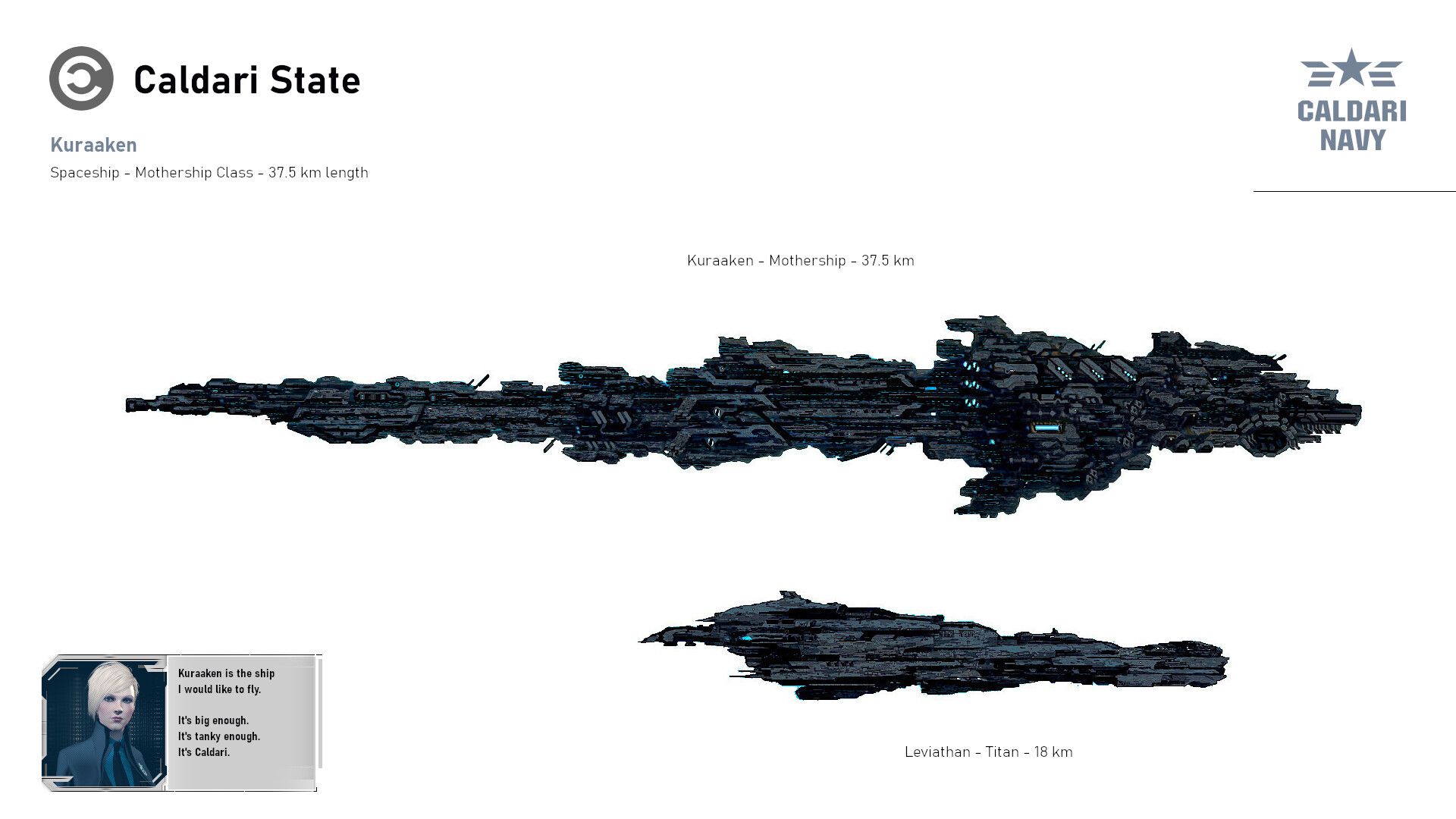 I have made a concept art for new ship. It’s quite big! [image] If Faction warfare will get overhaul, why not add story to it and some new ships, big like trigs mothership?

that is exactly the image i had in mind too

It would make a rather juicy killmail…

And then God said to him,
bring aboard the Ark two of each class of ship,
then embark on your holy journey to Jovian space.

Maybe as an NPC only ship.

Because they will become the next titan. One in every hanger.

they will become the next titan. One in every hanger.

Only one titan? 2012 is calling and wants its poors back.

I once piloted a Rorqual on SiSi