This was a long time ago. In those days once you got the key, you could stay in the site all day. When someone else pops in, you target them and they run away most of the time. If not, they’re usually in a frigate and I’m in an Assault Ship. So they’re leaving voluntarily or in a pod.

Those were the good ole days, back when most DED sites were static with a beacon showing in the Overview, no need to scan, just warp in and stay till you filled up on loot.

I used a Rifter to run them, mostly did the 2/10 sites since they had better loot… 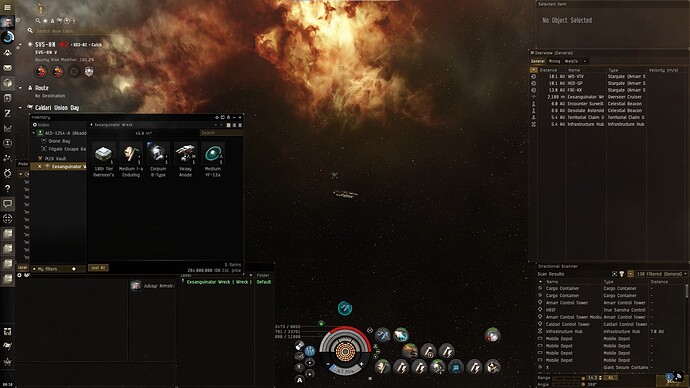 *(according to Uniwiki, not sure how up to date and am too lazy to sign in just to check it 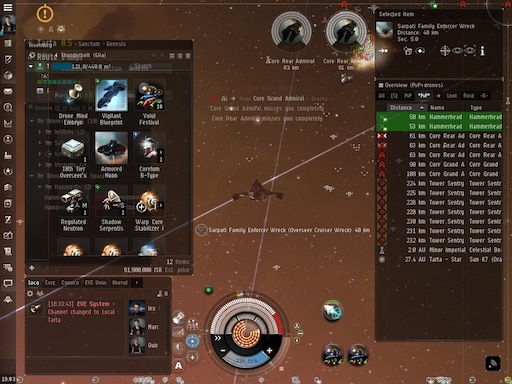 This was the first time running this escalation. It was close to the best possible drop. I haven’t ran it since as am not much into ratting nowadays. Guess first time’s a charm it seems.

Gila with Alpha? How long did you do it? Especially after the medium drones nerf it must take ages. And while first two pockets are doable with Gila, although extremely slow, the last pocket really isn’t. The tank, especially on alpha cannot hold the incoming dps while webbed AND since the ship you need to kill is 60km+ if I remember correctly, you cannot use drones for quite a lot of time (and you cannot close the distance yourself since webbed either). Either you are crazy blinged (which I didn’t do myself), or you must have rewarp several times to that last pocket.

5/10 is doable on alpha I used Typhoon for it and it was really fun and challenging.

Didn’t check completion time but wasn’t too bad. You can add drone link augmentors so your drones can aggress at longer distance even if you cant lock that far (so even at a hundred km or such) but you can lock at 60+ km so no problem.

Not sure if this was before the nerf you have to check the screenshot date to find out yourself am too lazy to do it.

The way I did it I had tough tank, on arriving prealigned, launched drones and locked the closest tower, sent drones, popped it or did some damage then recalled drones and warped out. Repeated until the towers were gone. It was tough but doable, although if I had a lag spike I would most probably be dead.

Once the towers were gone I just MWD away and let my drones handle everything, just had to eat the damage until got out to kiting range then it was just a matter of time and pulsing MWD as needed.

Btw the highest tier module was T2 so not blinged just tanked well. As you can see it has no missile launchers either just the drones so it is focus built for drone control range and tank.

But all in all although risky and challenging due to the webber towers and the overwhelming DPS at them it was consistently doable just had to act quick and precise.

Edit: Important to note with the prealign is to do it in a way to maximize your transversal to the enemy fire so orthogonality to them I think that is a key aspect of it aside of being quick with what you do.

As I expected. I was doing that with AB as I fitted missiles too and with them it was not possible to make it tanky enough, and then with AB rewarping to the last pocket was really painful as those gates are quite far, so burning about 60km with ab slowed it considerably. But then, I had more dps than you, just drones must take ages even to clear it all out. Even with battleship on alpha it takes about 30 minutes, Gila without missiles must be like double of that and that will be without last pocket where as you said you had to pop the structures one by one and rewarp everytime. With bs or t3c you just snipe boss, save location of the cargo and let it despawn.

Time is an essence as it is rarely spawning in highsec (although Blood Raider has higher chance for that to happen than other factions) so you really don’t want to do one site in lowsec for longer than 30 minutes.

If you check the screenshot it was in hisec.

Btw never cared about isk/h am just doing things for the sake of it to have fun and that’s it. Haven’t ever fitted a bs so wouldn’t do it just for this one site so used what I had already and it worked that’s all that mattered for my playstyle.

Dont htink Ive ever done one

Maybe try them just for once if you are into some PvE, though if you only care for PvP you’ll probably be bored.

I dont PvP unless its forced on me, as Im rubbish at that.

Where does one find these DED sites then?

Scan them down as cosmic signatures or run anomalies (no need to scan) and if lucky you get an escalation.

Oh is that what those are?

Yes, and yeah it is totally random what if anything of value you get. This is why I personally don’t do them only when in the mood.

If I want to make ISK I just sign in to my Jita thief alt and grab some juicy gank loot and done with it.

The value comes from repetition. But even when you get shitty roll and low value cargo, I must admit that DED 3,4,5 (the pirate factions ones, not drones those are

) are probably the most fun pve content I found in EVE. These sites are really well designed and fun to do. And obviously the loot is increasing the joy of it when you get good roll

Ill assume the ones with good loot were the ones I got ninja’d out of.

I didnt really seem much difference in them from mission rooms, maybe as you say I was just rolling badly,

Gila Drone boat? Unless there is something special inside the festival launchers how are they doing that with such low drone bandwidth? Can’t even use a Gecko with a Gila.

It is kinda confusing what you are talking about. Do you say medium drones can’t run the site or something? Not sure if you are aware how the Gila works but I recommend checking its hull bonuses. 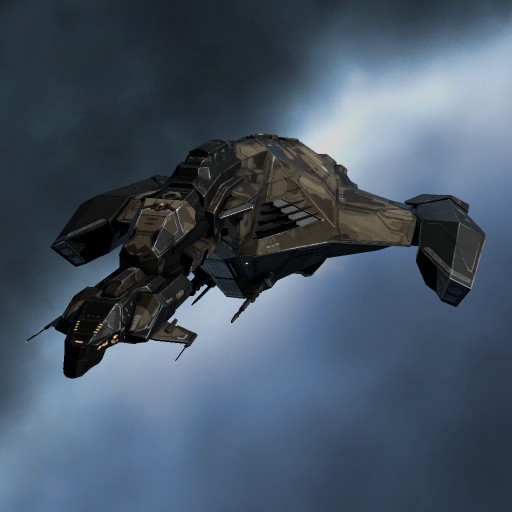 Taking what he had learned from his days in the Caldari Navy, Korako ‘The Rabbit' Kosakami, Gurista leader, decided that he would rub salt in the State's wounds by souping up their designs and making strikes against his former masters in ships whose...

Also fitting DDAs improves the drone damage as well so even if you fit a Damage Control you can still fit two DDAs which increases drone DPS by a lot.

Btw the Gila only has bonuses for medium drones so using a Gecko would be pretty wasteful even if you could, which is the same reason it is pointless to use light, heavy or sentry drones with the Gila as well.

The screenshot shows I am using Hammerheads. I think it was before the nerf so those were Hammer IIs as I don’t recall ever using T1 drones on the Gila when ratting though can’t be 100% sure and if it was after the nerf they’d be FedNavy variants.

Edit: Actually, checking the screenshot again I can see the drones are in a drone group called HammerIIs so it was before alphas were restricted from using T2 medium drones.

This is what I use for just t3 missions

Am I correct your character lacks the skills to fit it better? Or dunno without singing in to my main but I think you should get better DPS with better skills especially so that you have 2x DDAs fitted if I see correctly so that seems kinda low at first glance.

Although this is kinda off topic here.