Just’ve tried that photon UI for the first time and well… It looks really terrible on a standard 1080 24" monitor.
I don’t know, maybe it’s designed to be played on a 50"+ TV and there it’ll look really great, but call it “TV UI” then and don’t plan to make it as default UI for everyone.

I can show my overall expressions of this UI with this picture: 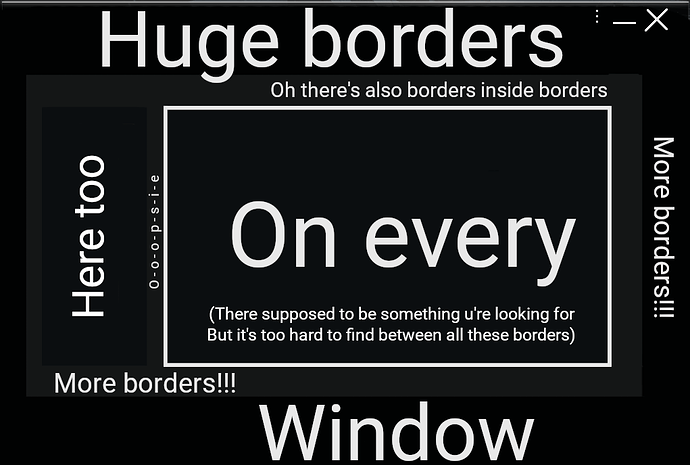 Compact UI is definitely better, but it’s “better” only in comparison. It’s still bad as a replacer of the current UI. Also i can enable it only on some windows, when it should be everywhere as default 1-checkbox-somewhere option.

My opinion on the current state - just no. Please don’t ever make it as default UI without option to switch back.

My opinion on the current state - just no. Please don’t ever make it as default UI

fixed that for you.

And rejoice, from October onward, you have to opt out of this and probably in November or December, it will become the mandatory UI and replace a better UI despite all the issues that existed since day one and the new issues that keep arising.

I don’t know, maybe it’s designed to be played on a 50"+ TV and there it’ll look really great, but call it “TV UI” then and don’t plan to make it as default UI for everyone.

Love it, when bad changes go live in spite of people not liking it.

These borders are to huge everywhere . Think about what impact has on small screens like laptops screen this game is just unplayable.

These huge borders are not the way, guys. Most of us are probably on 24" monitors so these new proton borders take away too much screen real estate.

Yes, the borders screamed at me from the very first second.
I had UI scaled down and now there are big buttons in the corner. 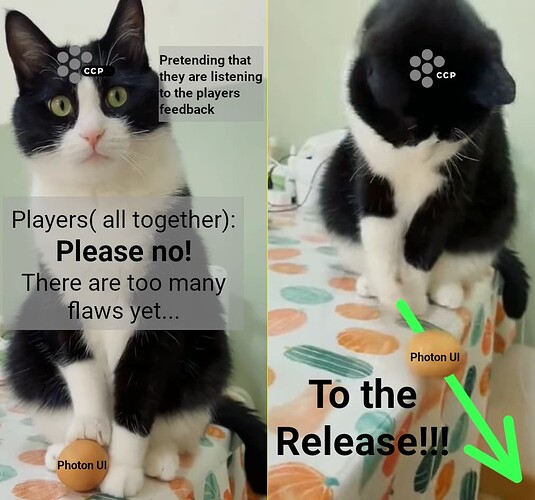 I have worked on UI frameworks for various types of applications. Never in video games but the EVE UI is akin to windowed UI frameworks you find in many applications on various platforms. Either they don’t read people’s feedback or their framework design is terrible. Changing the default size of window borders shoudl be a value somewhere in a global setting file. It should take 1 minute i.e. DefaultWindowBorder = 1, done. I cannot comprehend what prevents them from acting upon this issue and fix it once and for all.

I actually really like alot of the new UI changes…

The borders is where i have to agree… What the hell happend in the process of getting this out their???