CCP Lebowski did show some redesigns in his EVE Down Under presentation. 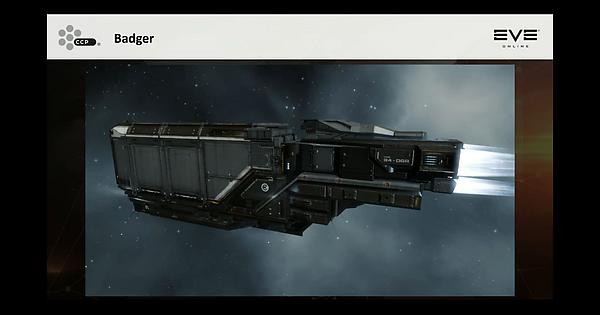 A comparison of the current vs. the upcoming designs.

CCP Lebowski Presents Ship Redesings at EVE Down Under

New ship models for Caldari and Gallente announced at EVE Down Under. Take a look and compare the upcoming with current models. Updated: Models are now on Singularity.

From what I’ve seen so far, I like it. Especially the Industrials really look like they would be mass produced to be a workhorse for the state.

I guess they look ok. I would really like to see them go back in time and make the Caldari ships asymmetrical again. I loved the look of the old Scorpion and Ferox.

Like a Rokh and a Bowhead had a baby. Original hull silhouette is more novel, IMO. I’d still fly it, though.

Nice redesigns. I love the organic look of the Navitas, but that potential re-design brings it up to speed with the current Velator.

While I like the new designs, my Badger is my only surviving original ship since joining Eve in 2011. Every other ship I’ve owned has been destroyed, but the SJS Nerd Musk lives on. I will miss the look.

They look awesome. 2 thumbs up.

Models are now on the Testserver, btw.
And the animation on exiting warp is like “Dude, I vape.”

They are looking pretty good.

They look nice to me, not sure they really needed too much redesign though in the first place.

IMHO the Helios needs a redesign exremely bad. It is the most dorky and clunky looking ship in all of Eve by far. And they should revert the Tristan at least somewhat. I loved the old “spacesuit” feel of it which is now gone.

There are enough ships which could be in need of a redesign…
Phoenix, the Sansha-turd and the Aeon…

You mean you let the “finished” side face the enemy while the “open” side is to face the frendly fleet?
I see that could be seen as advantage. But also great disadvantage when you get attacked from more than one side. And in threedimensional space, that is frankly not very hard.

For all redesigns I would prefer, if the current existing ships keep their designs, and only new manufactured ones have the new one.

and only new manufactured ones have the new one.

That would be pretty cool and would open interesting market options too.
But might also cause some trouble on the technical side of the game.

You mean you let the “finished” side face the enemy while the “open” side is to face the frendly fleet?
I see that could be seen as advantage. But also great disadvantage when you get attacked from more than one side. And in threedimensional space, that is frankly not very hard.

It is hard if you have proper fleet placement. The impenetrable wall of armor shields ships and fighters in maintenance and for resupply from a lot of possible attack vectors, most importantly from the main attack vector where the main enemy fleet sits. Other attack vectors are being taken care off by defensive squadrons. It’s definitely better than the wide open shooting galleys of the Nyx or the tiny eyes of a needle on the Wyvern where fighters in distress run the danger of slamming into the ship rather than hitting the fighter tubes.

It is curved in most unexpected and weird way, just like you would throw it to the ground and stomped on it, then one leg broke off and you tried to put it somewhat upright. It is constantly in pain. It calls to us: make CCP redesign me, pleeeeease, I cant take it any longer!

Someone say again design is overrated.

Wyvern where fighters in distress run the danger of slamming into the ship rather than hitting the fighter tubes.

The Caldari have protocols and iron discipline to solve this “problem”.

Look at that beauty and tell me you can’t love it! 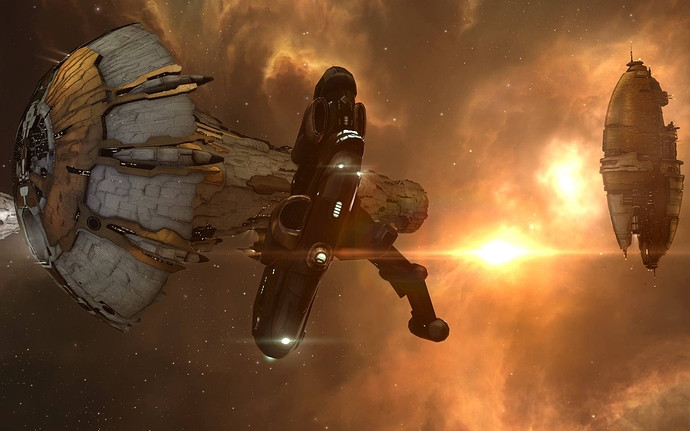