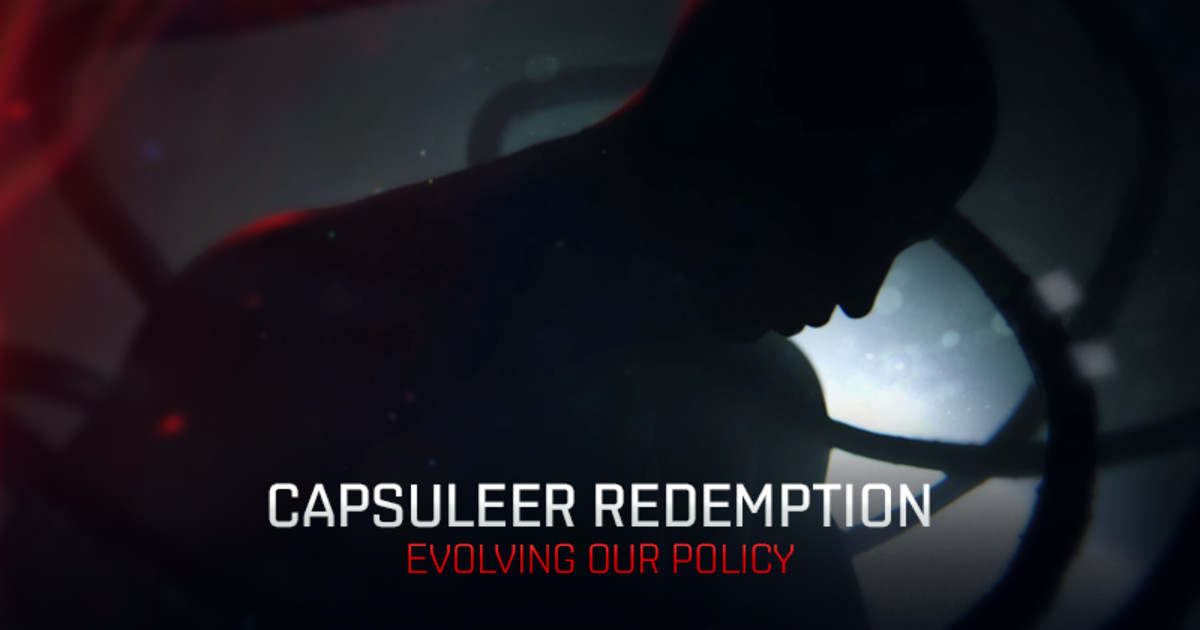 I wonder what famous/infamous banned Eve players will be returning?

It’s nice to see them taking a hands-on approach to this kind of thing, at least.

Would be nice to see some of the permabanned heroes of old make a return.

I forgot about this component of the episode:

“Whoever know[s] his real name, home address and other details [message] me,”

I guess he’s still out both for tangibility and doxxing

GigX was banned prior to the implementation of the policy they’re now altering, and the verbiage of the post suggests he wouldn’t be, anyway.

The following actions remain expressly prohibited and will still result in a permaban if the allegations are substantiated:

Agree with it or not, it was (and still is) certainly a bannable offense under policy.

They’re not saying threatening to chop people’s hands off isn’t a bannable offense anymore, just that they’re going to subject such claims to more thorough review before taking action.

Hey, who just poured some oil on this slope?!

Guess that’s one way to try to increase server population.

I forgot about this component of the episode:

“Whoever know[s] his real name, home address and other details [message] me,”

I guess he’s still out both for tangibility and doxxing

TBH I don’t think the ban was merited in the first place, and with the revision of the policy this certainly qualifies for a ban lift (ESPECIALLY after three years).

It was and based on my reading of this, there is zero chance he would qualify.

You know, Brisc, if you read the post literally above the one you replied to, you will see I redacted that position

. But for clarity’s sake, I revised the original post.

I RESPOND AS I READ GOD

Who writes those things?

Oh dude… you should see what happens on Sisi…

So if you need to report a player on Sisi, you have to make a post on the forums and a GM will contact you. Stupidly, you cannot file a ticket or email the community team - this is how it has to be done, it has to be done via forum post. So if you go to the Test Server Feedback category and read posts reporting players for that speech and see the screenshots, it’s pretty bad. N-word uttered like 157 times. Occasionally it happens on TQ, but instead of happening in local it usually happens in EVEmail or DM.

Would people who are banned now care enough to come back just because of this? If they did care enough, they’d just make alts, and barring and obvious and hilarious dumb actions (like GigX and using his alts to lead an entire coalition multiple times over), it’s already so easy to get back in.

Considering some special cases, *cough*, were getting a review chance that Joe Smith was not getting this is probably the right thing to do.

What if someone informs me that they had placed a curse on me and my family?

oh come on the man had all his struts stolen by a traitor , he was pissed , he was not going to chop any hands and we all know …they don’t even live in the same country
dont know about his previous behavior and stuff , maybe he deserve it,but that looks typical of cancel culture
never forgive stupid words … bunch of saints

yeah, no. let’s not have people who will casually drop irl threats and demands others dox individuals in a video game. there are enough people who already take the game too seriously.

CCP is correct that broad, zero tolerance policies don’t actually bring justice. I also read this as CCP would really, really like people to come back to the game. Like, a whole lot.

Did you know that the term “political correctness” was actually coined by the Soviet government? I think it was Khrushchev that made it official by using it in memorandums. You must always support the will of the Party tovarish.