CCP needs to do more effective advertising for EVE

I never see EVE mentioned outside of very small niches. CCP, let’s get more awareness of EVE out there in a more effective way than those ‘online ads’ that only come up when the cookie detects that I have EVE installed already?

Eve is regularly featured in both the mainstream and gaming press, judging by the comments on the articles many gamers/people are aware of it and many love the stories that come out of it, but they don’t want to play it.

Eve has a firmly established reputation of being one of the most cut-throat mmos in existence and having a rabidly loyal player base that like it that way.

It always has been a niche game, one that many admire but don’t play; no matter what CCP do to attract players from the more mainstream market, Eve’s reputation precedes it.

Ive met several people who know of Eve but refuse to play because they choose lifenover death by game.

Everyone I know through gaming circles who doesn’t play eve knows about it, and they almost universally have a very poor opinion of it.

I don’t help that of course, I tell them it’s largely dead and poorly maintained by the devs and well past its prime - because it is.

Agreed, there are a lot of PvPers who are basically disgusted with what MMO PvP has become and could be lured into the fold or the flock.

I don’t like how it has this “o so hardcore” reputation lol… EVE can easily be played casually and take way less time than most other mmos especially with injectors now. As far as funding yourself goes it’s pretty damn easy to set up and yeah when you blow up your ship is gone but man ships and fittings are easy to get unless your goal is officer fit super capitals. Every one I recommend the game to says nah can’t dedicate my life to a game, I wonder how many people just never played cause they think it requires 100% of your time. I think people are getting scared away by these big real money numbers tagged on huge fights and the idea that their in game wallet can be easily erased through involuntary fighting when in reality flying safely is very easy.

The massive fights are the one thing unique to Eve… it’s ironic because it’s actually a very small part of the game. There are plenty of MMOs with “hardcore” stuff. None quite as hardcore as Eve, but some pretty close.

It’s what we generally get known for… cutthroat ruthlesness, and battles on a scale that is utterly unheard of in other MMOs… look at WoW. They’ve got what… 40v40? 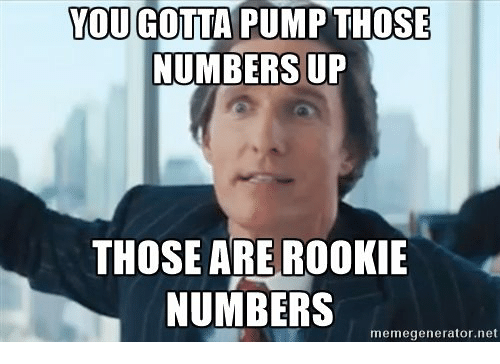 EvE is being advertised! Many people even try this awesome game! The fictional space game where u can be who ever you choose to be!

But soon they find out… it’s all about timers, waiting, timers, more waiting…

For sure the waiting times are the longest I encountered. Stuff take days, months even. All your hope in selling PLEX and buying some SP and stuff.

I enjoy long term planning, number crunching, market research, time and boredom management. I enjoy losses and misses because they teach me a lot. Most people i know, even the hardcore gamers, don’t.

Eve is regularly featured in both the mainstream and gaming press …

Sure, but more advertisement wouldn’t hurt it either.

I enjoy long term planning, number crunching, market research, time and boredom management. I enjoy losses and misses because they teach me a lot. Most people i know, even the hardcore gamers, don’t.

The strategy game in EvE is huge and manifests itself in all sorts of ways.

Part of the challenge of advertising EvE is defining gameplay in EvE.

People most likely read the forums first before playing to get a feel for who is playing the game. It’s obvious that most don’t like what they see and decide not to join.

Eve Online is not cut throat either. Eve Online has become scammers and scammer alts trying to scam each other and their alts.

From a total nub point of view:
At the shady PvP forum i frequent EvE never gets mentioned, im trying it because a friend from X series forums convinced me that EvE was worth a try even if the “MMO ship controls” dint convinced me and he was right but from my experience i think EVE is never gonna be mainstream, even at is niches not everyone likes it and at this point is hard to achieve the hype levels a game nowadays (See SC) need to attract mainstream players.
Personally i dnt see the “not mainsteam” part as something bad… but thats just me.

Eve Online is not cut throat either.

How is it not cut-throat? Please, astound us with your insight.

Eve Online has become scammers and scammer alts trying to scam each other and their alts.

Along with that cheese you keep peddling.

No ppl hate lopsided fights and eve ONLY has lopsided fights. If high sec war decs were limited too 5 members vs 5 members of corps alot of smaller corps and thus new players would stay but the truth is you join your friends corp you’ll be bullied by bigger corps all in an effort to destroyer your corp so you funnel to a bigger larger older more persistent corp only to be bullied by the new management to put more time into the game so the corp can xyz. So overall the game is a few bullys controlling what other people do unless… they unplug the game.

Public Relations, Branding, and Advertising are different roles of the business. While both are some form of communication, one is controlled the other is not. One is about paid content, the other is about building relationships with the public communities, one has more duration of the message, the other is limited and so forth. Both can be effective in promoting the game, but still, different tactics with different strategies.

Does EVE Online advertise the game? Sure, I’ve seen them advertise in the past on many channels like display, paid social, and so forth. But, I have not seen many recently. Advertising is not cheap for gaming, and I’m sure they may have pulled back recently.

PR wise, I think they are good there. They get plenty of press for a game of this maturity.