Did I mention: “Upgrade to Omega” ?

I get it, its your lifeline. So really, I do get it and despite the initial tone, this actually is not meant as a negative post but rather an informative one.

I have a few alpha accounts, one of which I will plex or single month sub once in a blue moon if there is something particularly interesting to me. The game overall is so so at best and I feel I already spent way more then its actually worth on it via these once in a while subs.

My accounts are kinda focused as follows:
Trade / Market account - lives in HS near Jita
PvP / NS account - lives in NS in a newb alliance - great huge disappointment
Screw around frigate account - was kinda fun, did stuff in LS, but really everything and anywhere that frigate can do, some low end PvE and WHs as well just for lulz, best thing about it is super cheap cuz frigates, so no loss.
PvE account - did some missions, DED sites and some Abyss, its actually OK and this is the one I ended up bumping to Omega here and there.

So if you truly want me to actually really upgrade to omega and stick with it, then you need to up your game, no pun intended, seriously, you will need to up your game, significantly. Unlike a lot of fanboys at all here and everywhere, I don’t think you guys are doing a very good job and do not deserve anymore. In my mind Eve Online is equivalent to a $20 - $30 semi bargain bin game in light of other games available to me. That’s it. Not repeatedly $20, just $20-30. I mean, that is a success, of sorts, Eve is not dying.

So what are the things that would make me sub or stick with it for longer ?

More PvE and better PvE choices. I like Abyss, that is good stuff, especially the upper ones starting a bit at T3 and going up from there. Even though I wish that there were more optimal ship choices available other then the Gila. But the NS ratting anoms ? Are you serious ? What the fk is this ? These things are either so fooked up and outdated they need to be entirely scrapped and replaced or just flat out removed from the game entirely, you are making yourselves look bad with these nowadays. At least the HS missions can present some challenge and content to us Alphas and new players that don’t have fully trained skills yet. But in the land of botting and injectors this all just flies right out the window.

Which brings me to my next thang…
Botting, multiboxing. This is what made NS complete kaka for me. In order to keep up I need mad injectors, multiple accounts, and either join them or stop playing. this is your doing, your game design, 100% on you. WTF CCP ? This is your own endgame design. On top of that, you ban people that partake in this. Your own design.

Sure, you make PR stunts and blog posts here and there to placate the sheep sorta speak, but the reality of it is you made it this way and instead of changing it, you continue to support all this kinda stuff. Have you seen lately how many multiboxing miners there are ? How many multiboxing ratters ?

Is this your vision of the game ? Your big plan ? To have normal people all abandon your game and just financially feed of off the ones that run 10, 20 or 30 clients at a time ?

And you claim to be against bots and botting. Seriously, how stupid and naive are you really ? How many of those 20, 30, some as high as 50 or more accounts ran at the same time do you truly think are actually playing ?

There are entire regions of space in your game that have nothing but bots in them, that 30, 50 or 70 person corp is actually one dude just sitting on about 2-3 clients while the rest operate automated. Surely, you must have noticed.

Next, the game balance … Oooooooo, Aaaaaaaaaahhh

The really bad thing is that all this is so incredibly, and I do stress incredibly predictable. The scale of it is just mind boggling. I haven’t been with this game that long, only since 2016 was my 1st account, but I have looked at plenty of history and I’m seeing so much difference even within these last 2 years in overall gameplay quality, especially on this front its just incredible.

if I, a single newb (by Eve standards) can tell and see so much, why can’t you ?

So what is “your vision for the game” CCP ? What is it that you want out of the player base ? Should us single players just not bother with this anymore ? Should we just all leave ? Do you want us out of your game so that you quit having all this bad publicity everywhere about your multiboxers and bots and the various issues ? Would you rather have nothing but those in your game ?

Give us a clear and decisive answer and be upfront about it if so. This way we will leave instead of having some vein hopes that there is a place for us in Eve Online.

So if you truly want me to upgrade to Omega, address these things. I know a lot of them or their parts can not be entirely solved and are an ever continuing fight, but you can at least make some serious improvements and bring them down to manageble levels.

If you want Omega, then earn it. get out of the bargain bin.

O and in b4 “can I have your stuff ?”. No you can’t cuz am gonna use my alphas to log on and take some screens and / or even some streams or vids as I watch this crap continually to ever spiral and want to have something to laugh at. At least it will be super entertaining from this point of view.

So what is “your vision for the game” CCP ?

Their vision for the game was figuring out how to sell it way over market value and then stop giving the tiniest bit of a ■■■■ about it.

Looks like they saw their vision turn into a reality.

So what is “your vision for the game” CCP ?

Well I must say your OP is a little ranty, I’ll agree with this: it would be nice to hear a concrete vision for where they want to take the game. It’s been a long time since we got a clear statement from the executive producers on where they want the game to go.

I wholeheartedly agree about large mining fleets run by one person. One moment there’s only a few people in Local, next minute there’s another 20 (or there about). And then they suddenly disappear at the same time, which I’m guessing is a disconnect.

There was a time when people played games, rather than treat it like a job which has to be automated for efficiency.

You’ve hit the nail on the head here tbh, the game is old, it’s stale, it’s poorly maintained by devs who spent the last 2+ years in limbo waiting for a buyer to come along who in themselves had no creativity, their only changes were +1 mid -1 low and +3pg ±2cpu here and there.

As it stands, the sub for eve should be no more than 6 or 7 bux a month, it’s just not worth what they’re asking for it anymore.

Not all of us who use multiple accounts to mine have it automated just FYI. I run 3 accounts and no I do not run ISBoxer, I manually control each account when I mine. I will agree that botting is an issue and they should and could do some things to make things like mining impossible to set to automation. As an Indy guy I would love to see bot miners go away because it would increase the value of what I honestly mine. I don’t AFK rat, I actually do it manually, and my main enjoys PVP.

I will agree that CCP could have done many things over the years to make Eve more stable while discouraging mining by making it far more difficult.

Oh dear the colonials as a third world country want a discount!

Multiboxing ruins good games and takes away personal merit. Makes things meaningless. They should have thought of this but it’s too late now. Their prime customers are the ones with a lot of accounts for obvious reasons. They will never go back on it and are pushing for easier multiboxing with every launcher update and the introduction of injectors.

If this game had no alts every specialization would be appreciated. Things you could contribute to a corp with low SP would be massive, probing hauling cyno etc. Now everyone just does it themselves with their clone army.

This is the first game I’ve played where multiple characters and accounts are practically a feature. It’s one of my least appreciated things about the game. But I’m not here to change the game, and like you said, it’s unlikely they’ll change direction on it. It is what it is.

But I have wondered how skill and role specialisation would be different with less accounts per person. I think it’s a shame that a multiplayer game is often played with a one person does it all approach, with the aide of multiple characters.

You have 3 characters per account! and they are there to play different aspects of the game or all the same however you decide.
A one dimensional game will fail and that is why eve allows multiple characters due to the different career paths you can choose.

It is not rocket science you know!

They already are. The hunt started with Rubicon.

I agree with that.

It seems to me since 2012 players think CCP owe them something but fail to realise they are a business trying to make money and that is the primary purpose. 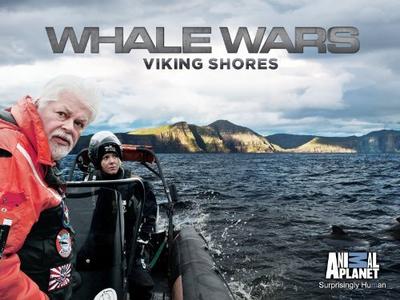 Now that PearlAbyss owns CCP, and PearlAbyss is a public company, we should start seeing revenue figures for EVE Online in the next few quarters. The number of RMT subs should be easy to figure out.

I guess my issue isn’t with having the ability to try different career paths. Single player games have given us multiple save slots for decades. I’m not a fan of how some people choose to use those characters to interact with each other rather than other players. I’m sure there are many understandable reasons why they play that way (eg. Convenience, reliability, competitiveness, etc.). but it just seems funny to me, especially when it’s taken to the next level with veritable one person armies, so to speak.

I see your point and have to agree as previously it was all about people in corporations surviving and solo play was so hard it was not viable. even with 3 chars per account.

I remember when stealth bombers fired cruise missiles… Interceptors went really really fast… And best of all, there was NO SUCH THING AS THIS ALPHA ACCOUNT GARBAGE!

I remember way further back when you had to train to train!

And Caldari/Achura was the way to go!

Achura for life was it 3 charisma? Lol I miss my old super Asian portrait