As you’re a supporter yes your right, as for the people in the other end of their activities it’s extortion.

They believe everyone has equal rights, without understanding that that’s not the case.

Extortion is when I come into your shop …
… tell you about evil people our there …
… and “offering” you protection service for money.

The difference between a miner and the owner of an italian pizzeria …
… is the fact that the miner can easily go somewhere else or even quit.

A shop owner can’t just pack it all up and leave on a whim.

Not a single miner is being forced to pay for the permit …
… and CODE members really aren’t everywhere at the same time.

They are idiots who have deluded themselves into believing they have any authority over anyone else.

No, they’re not idiots deluding themselves.

In EVE Might makes Right …
… and your rights potentially end within the weapons’ range of the other guy.

That’s why they’re not deluding themselves. They can gank people and make them leave or pay.
That’s authority right there. You not believing it isn’t their problem.

Fact of the matter is that when they can get people to do what they want …
… either by use or threat of violence …
… then they have authority.

Players however should have a brain cell and recognize them as no different from the mob.

Most players don’t appear to be using their brains actively …
… and even if you got them to understand this …
… they’d still complain, because words is all they have to defend themselves.

I’m not going to read all this. You know what happens with people who start to organize? They quickly discover their own potential and leave hisec for better payouts and less ganky pew pew in any other sec then hisec. They won’t stick around to to fight a pointless fight against CODE.

They won’t stick around to to fight a pointless fight against CODE.

People who prefer to live in High Sec generally dont organise, and when they do, its under the hypocriphal banner of something like SICO and the loose-leash attitude a bunch of wardec dodgers find comfortable.

Are we too afraid to go to nullsec, or are we from nullsec? Which is it?

Have I ever said that, ever

Well yeah but looking at the mechanics themselves there is very little to organize against. Bunch of ships warp onto a dude, he gets deleted in a few seconds as the whole thing has been calculated beforehand. Then those guys who did the pew pew get deleted by CONCORD. Your only defende is a timely warp-out or hoping your opponent miscalculated.

Player wreck in Lonetrek are piling up. a lot of mining barges are exploding. Seems it’s miners stupidity and laziness that lead them to be a victim. Local and Dscan,dotland, zkill. are there but they are not using it. They are being blinded by the false protection of concord. @Githany_Red are your sacrifices even worth it?

Well yeah but looking at the mechanics themselves there is very little to organize against.

Well thats the double edged sword of limited HS PvP opportunities dramatically by CCP in the name of safety and convenience, yet still allowing some narrow avenue of engagement. The only way to fight is to usethe same tools because they are the only remaining tools. Ergo, AG must be G to have any kind of activity they can do in response.

Your only defende is a timely warp-out or hoping your opponent miscalculated.

Eh well a timely warpout can occur upwards of minutes of the first sign something is going down. THough another good defense is to mine when lots of other people are mining and use fatter slower cows to hide behind, for example.

Well, yeah, it means they are doing something right, in regards to how this process works.

SICO could be a massive powerhouse, even stronger than they are except for one thing: They only gained such a following by promoting activities (such as alt-screening structures to avoid wardec and turning a blind eye to their member’s activities) that are in line with the changes made to HS like CWatch.

Yet, I have literally witnessed Russian Academy members running as scouts for alt gank squadrons most definately not wearing CODE markings, nor showing quite the same level of skill as most classic-group gankers.

Ergo; there are groups organising, but the only thing they can actually do thanks to how the rules in HS work is gank, it would seem.

Have I ever said that, ever

SICO could be a massive powerhouse, even stronger than they are except for one thing: They only gained such a following by promoting activities (such as alt-screening structures to avoid wardec and turning a blind eye to their member’s activities) that are in line with the changes made to HS like CWatch.

There’s a certain irony in seeing people get better at being bad, to such a degree that I’ve concluded that alt-screening and corp-dropping isn’t an act of cowardice per sé, and usually the kind of petty oligarchic bureaucracy with which blanket wardeccers are inherently fought. After all, wardeccers pay off the peacekeepers to turn a blind eye to stomp on a certain group. Their tools are bureacratic too, are they not?

My old corp got decced once every month or so, and the only people that ever came down to our lowsec haunt in response to a wardec of our own was Eve University. They DESTROYED us. That war made one thing abundantly clear to me: both blanket wardeccers and their targets are just a bunch of casual players mucking about without a real goal apart from making ISK or some kills. Those are their sole metrics of success.

Eve University showed us a level of unity and fleet organization that makes those scary “mercenaries” look like a bunch of seal clubbing losers. It’s funny how an alliance calling itself Hell Dawn are outperformed by an alliance… named after a type of school

So it is rational to expect you to do the same to a fitted battleship that is mining, as to a t1 frigate with no armor and weapons then, if you are going to be consistent, and not like PETA.

Ahh, I see you’ve tried being management where I work…

maybe because they aren’t cowards?

Saving any miners in a belt is hard. One method I have used is a cloaked ship with jammers on, I looked for the most likely target in the sys and waited, they attacked with 2 T2 cats , I chatted to the ganker after and he said he spotted me in local and wondered what I was up to, me being there made him switch from T1 to T2 cats and then he only just made the gank , it was a lot of fun for me and him playing cat and mouse, but not for the miner I’m sure.
Point is it’s time consuming and labour-intensive, to many of us and they gank in a different sys.

Only real way is for miners to work together and maybe work with us if we are close by, learn the game, learn how to set people to red, and use D-scan. And scout the surrounding systems for gankers

Saving any miners in a belt is hard.

Just shoot them. You won’t save them by coddling them and teaching them to be dependent upon you. I have no idea why you want to waste your time helping greedy lazy bots continue to play poorly. Just kill them all, and let the weaklings perish.

Well in fairness for miners. I don’t know if that’s bravery because I’m not a career miner. I’m just focusing on relic and data hacking in high sec at the moment in a PVP fitted ship inspired by Lasker Emmanuel. I’m applying the rules of engagement. I’m hoping that I can avoid confrontation as long as possible. PVP’rs can laugh at me but this is my playing style.

I see no shame in cowardice. Keeps more people alive than it kills, historically speaking.

Other than that, not sure what you are saying has to do with what I said. But cool story.

Unless you mean making wardecs ridiculously easy to avoud has given you content, but I dont see it.

70 posts since my last visit (yesterday). What are you people doing?

I’m alone in my corp. No people in my corp chat.lol. And it’s fun discussing with elite players here. and seems sleep is not in our vocabulary.lol

Do not speak it’s name! Would you risk possibly summoning the-abomination-that-shall-not-be-named? *shudder

SICO could be a massive powerhouse, 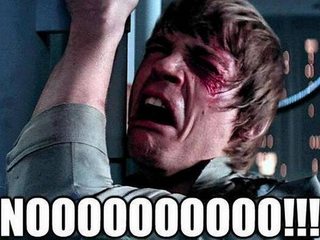