Maybe not so soon.
What games are you waiting for to release? One you can’t wait to play? How many games are in your Wishlist on Steam?
Have you ever participated in Early Access? How was that experience for you? Was the game worth the price on release?
I’m waiting for
KSP2
Falling Frontier
Starfield
and maybe Manor Lords

All of the games I have decided to try/buy aren’t due 'til 2023. The rest of this year is going to be dull.
What soon-to-release games are you excited for?

Looking forward to a few games this year:

How many games are in your Wishlist on Steam?

42 games…with Scorn and Vampire : The Masquerade - Bloodlines 2 ( both first person horror games ) being the most eagerly awaited.

From the trailers, Scorn looks like it will be visually amazing.

The original Vampire : The Masquerade - Bloodlines game was in my view the best RPG ever.

Supraland is free on EGS until June 23rd. I have a few quibbles with it, but it’s pretty good… and free. So, you can’t beat that. Anyway, it’s a puzzle game, so you might want to avoid youtube reviews (and even the game’s official trailer) if you want to make sure to avoid spoiling anything.

The original Vampire : The Masquerade - Bloodlines game was in my view the best RPG ever

Thanks. I will see a few vids about it.

The original ( from 2007 ) is graphically still pretty good to play. Probably the most ‘atmospheric’ game I have ever played…especially later on. The haunted house scene in the game is scarier than anything in Doom 3…yet it is achieved mainly by atmosphere rather than anything hideous appearing. The skills system is superb…for once a developer got it right ( unlike with Dishonored ). Judging by the trailers, Bloodlines 2 will be more of the same…with even better graphics.

Waiting on God of War Ragnarok and suicide squad.

games are you excited for?

Well I go and play Bingo at the club on a Caturday afternoon once a month…So there’s that!

Well, I wouldn’t go so far as to say it was the best RPG ever; so you might want to keep expectations in check. Don’t get me wrong, it was good, and I definitely recommend that anyone interested check it out. Unfortunately, Troika Games ran out of money while working on it, and the final product suffered as a result. The good news is that the unofficial patch fixed a lot of bugs and restored cut content. However, the back end of the game still devolves into a hack and slash.

P.S. I recommend saving Malkavian for a second play through, as it will increase replay-ability. And, I haven’t played as nosferatu, but I’ve heard others recommend against them for a first play through.

Games I’ve heard are good, but haven’t played yet include: Tyranny, Pathfinder Kingmaker, Pillars of Eternity, The Witcher Series, Arx Fatalis, and Morrowind.

I agree on New Vegas…excellent game. I’d argue Oblivion is the best Elder Scrolls, though…but that’s mainly because Skyrim ( though amazing graphics ) nuked the conjuration spells and removed the huge range of creatures you could deploy. If only I could cast Clannfear in Eve… 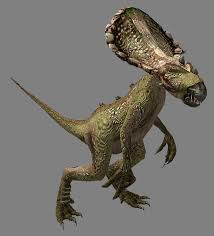 I am keeping an eye on this game. Interesting look on 4x genre w/o the zerg mechanics we see in other 4x. Were you need to brute force your way to victory.

I am keeping an eye on this game

That’s one of the games I’m following.
My OP mentioned “Final Frontier” by mistake. Corrected it.
Thanks.