The lighting blue line is extremely annoying and kills my eyes. Why that stupidity needs? Again another thing that tells that people who are making the UI are not EVE players.

Not a fan of the compact mode for inventory. Removing the ship versus item portion only would make me not use this mode in the future as there are more clicks to cycle between them. I would suggest having a top row of selectable categories as the wallet has in Photon. That way you are still reducing real estate on the screen but keeping the same general functionality.

Hey CCP,
So far after a quick looking over, I like the compact mode stuff a lot.

But, one thing I noticed, you’ve combined the “Current System Locations” and “Bookmarks” window into a single window with a checkbox toggle. I’m begging you to revert this so that I can have both up simultaneously and separated.

It seems a bit weird that this wasn’t released with the Feature Preview system. I’m not switching to Sisi just to test this out, and I know I’m not the only one.

Just give me one check box, “Open all windows in compact mode” thats all I ask for. Stop making me click more, and please make some buttons compact, they take up far too much room.

You can turn the blur off, just you cannot use transparency, which is a regression imho.

Not sure if this has been brought up already, but why Is there no L menu on Singularity using Photon UI?
It only brings up the (now separated from People and Places) location window, but this is just not a replacement as it doesn’t update fast and still takes a lot of space in compact mode. Having all the system bookmarks easily reachable without the folders was one of the best QoL improvements in EVE.

Will it come back?

Apparently it has been merged with the Locations window, as an option you can use to change the window. Why would you do this? This means that when I want it open all the time, which is kind of the point of it, you have to change it back to the Fulll view of all Locations with Folders by changing the window back, resizing it and then changing it back.
Plz unmerge it, let the L menu stay as the L-menu

Please add filtering to LOCAL windows, so that we can filter by standing.
This will be a gift much more appreciated.

And as many posters noted. Add the ability to remove unnecessary paddings.
Many play on 1920 resolution and UI is already cluttered with local/chats/overview/target/fleet/watch list/bookmarks/drones/HUD.

That’s a BARE minimum.
So that new UI must allow us to actually see MORE of the battlefield, while providing same amount of information.

And right now I see that Photon UI does exactly the opposite.
Indeed, if you are playing on 4k - it will be a blast. But on lesser resolutions - forget it.

I assume the lacking transparency / light mode is a bug or still in development, and not a feature.

I believe “Locations” tab is simply missing from People & Places window, could be wrong. But I second that - local locations and bookmarks should be still two separate windows. Please CCP.

BTW amazing change IMO in d-scan window - sliders now are right next to each other and not above! good job!

When are we getting the compact Character Sheet back? I want to be able to quickly check to see if I have my implants in, not this schlock with the full size character that takes ten minutes to ■■■■■■■ open.

Cant wait for compact modes on tq, love the new UI but some parts (as it is on tq) are a bit bulky.
One thing I did pick up on while trying it this time around is this 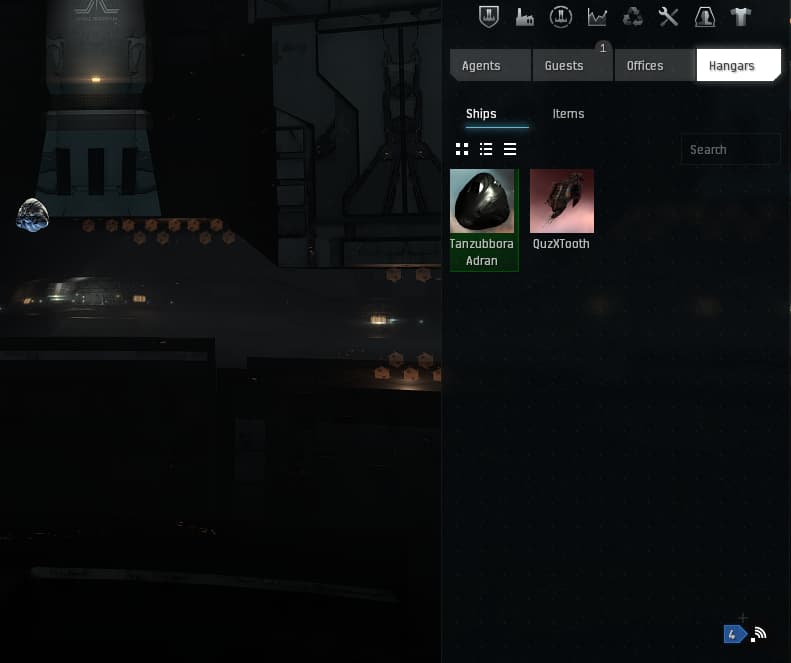 I love that compact mode is something CCP is giving so much attention and effort to. It has the potential to vastly improve the gameplay experience for newbies and veterans alike.

I think it’s often thought of as something that veterans really want because they play at a high enough level to want to tweak their UI that much, but it’s also very important for newbies who may have only have one monitor (and a smaller one at that), and have a lot of trouble fitting everything they need into that limited real estate.

As far as suggestions, I took a look at compact mode for the probe scanning window, because it’s something I spend much more time looking at relative to other elements of the UI.

The new compact view for probes is great, but I think there’s still a lot of room for improvement. 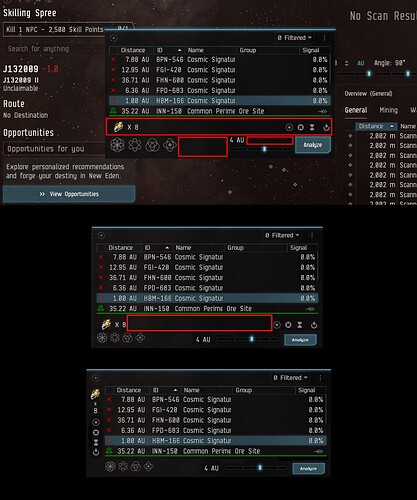 ^ Top image here shows the new compact probe window on my screen. It certainly fits more scan results into the same window size (6 as opposed to 4), but I’ve highlighted in red a lot of empty space that’s not doing much of anything.

In the middle image (sorry my photoshop skills are not great), the scan size (4 AU) has been moved into space that was previously empty, and it reduces the height of the window considerably. Players could choose to show more scan results in that space by keeping the window the same size, or reduce the window size and keep the same amount of data. Reducing size of the scan formation buttons only slightly has also allowed the scan size, the scan size slider, and the scan formation buttons to take up the same amount of vertical space. In my mind, this is already more than enough of an improvement with only minimal changes. But there is still a large empty block, again highlighted in red.

If you wanted to go even further, something like the third image would also be an option. Since the most important information in the window (the scan results) are horizontal lines of text stacked vertically, any exchange of vertical window size for horizontal window size is a net gain, as it allows for more scan results to fit more efficiently. Stacking the Strength, Deviation, and Duration buttons vertically, along with a reorientation of the icons for type & number of probes, opens up room for almost 2 entire additional lines of scan results and only adds a slim bar to the side, similar to how the neocom runs up the left side of the UI as a whole.

Obviously there is a lot going on under the hood of PhotonUI that I as a player don’t know about, and there may be very good reasons why these empty spaces are included. All I did was cut and paste some elements around in ways that were easy in photoshop but might be difficult to implement through code. For all I know this might not work at all at other resolutions. Also other people may not play with their scanning window as small as I do, which changes which areas are most important to “save space” in.

But it’s an example of how I think compact view could be made even better from a player’s perspective, for whatever that’s worth. I think that the middle image represents a change that would very likely be a benefit at all resolutions and window sizes. The third image might be less widely applicable.

Still the compact mode is too fat for the amount of things I am used to have it open as an explorer. Your compact mode equals to be environmental by bringing the kids for the 300m with the 3ton elektro SUV.

Please make thinner window borders and not the thick things what you build there.

How about we not get this new UI as I never use it, My corp never uses it, no one I know uses it and it’s just extra junk cluttering up the background.
Just one more thing to accidentally click on or turn on and leave you wondering how to get rid of it.
By the way, the new skill layout sucks.
Make a reversion option if your going to wast time on making UIs.
At least us older players will use it and appreciate it.

What would really be nice is a way that’s baked into the UI to change the color of your mouse cursor. I mean yeah we can get used to the UI in time like everything else that is thrown at us …but that is a really much needed feature.