On 11:00 UTC 7 December, Tranquility will be undergoing an extended downtime to make some of the changes discussed in the From Extraction to Production dev blog, as well as a few additional content updates and defect fixes.

The maintenance will start at 11:00 UTC, and we expect Tranquility to resume accepting connections by 12:20 UTC at the latest. The reason for the longer duration is primarily due to the migration process of the Mining Crystal modules and blueprints.

Downtime may finish ahead of schedule, and updates will be posted here and in on the EVE Status Twitter.

You will see the full details in the extensive patch notes tomorrow but in the meantime,
here are the outlined changes coming in regard to the dev blog.

The updates to mining have gone through extensive changes since first introduced based on your feedback and we’re really excited to get this into your hands tomorrow.

12:11 UTC : Patch has been deployed and we are now verifying.

Thank you for your patience everyone.

Looking forward to this

So the Procurer slot layout and mass is now fixed?

so it gone be a mad rush who can build the orca core first and sell it for 20b in jita ? thx ccp …

Waiting for in-space compression, the proposed implementation needed a few tweaks but I mostly liked it

So, despite all the remaining issues and no further feedback from CCP and no further adjustments to fix raised issues CCP yet again goes forward with releasing a bugged, badly developed and rushed update. It goes live even before the December Update Outlook dev blog that was supposed to explain better what reasons CCP used to justify all these awesome changes. They even release all these things without pre-seeding the new modules so that people could pre-build them so that industry can carry on without issues, which CCP even said in the original announcement they would do. Good to know.

For better or worse I’m glad to finally have a date to play the new changes.

The “L” in CCP stands for “listening to feedback”.

CCP - I though the Compact Industrial Core Blueprint was meant to be seeded well in advance of the changes to the orca occurring to allow us to research and produce the item ? So now the orca changes are occurring but you won’t be able to buy or make the core needed in advance?

won’t be able to buy or make the core needed in advance?

Why would you need them in advance? Why do you need to be pampered like that?

Why would you need them in advance? Why do you need to be pampered like that?

The blueprints for the new modules will be released before the end of November so that an inventory can exist before the actual compression changes happen. 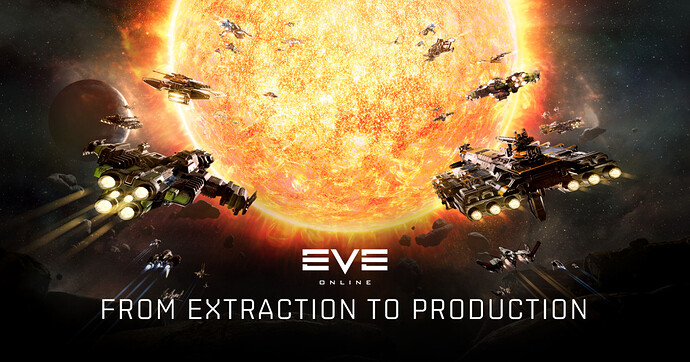 From Extraction to Production | EVE Online

Test the upcoming major update to mining, industry, and production in New Eden

Although CCP forgot the other modules like the new Cores even in that update and now Orcas won’t be able to boost for an extended amount of time. Amazing, isn’t it?

What hasn’t been made clear…at least I have not seen it anywhere…is what the status of existing mining ships will be immediately following the changes.

For example, if a Procurer is to go from 4 mid slots to 2…will mid slot fittings just be randomly removed ? And what will then be the status of ‘old’ saved fittings ? What will decide what is displayed for such a fitting. Nowhere have I seen any of this explained.

try to buy one tomorrow or wenever the first batch comes out of the production will you then tell me why there would needed to be seeded in befor.

What about moon ore?

Waste doesn’t seem to be mentioned in this. Do we assume that’s going live tomorrow as well?

Does that mean delayed local in nullsec will be re-implemented soon?

devs anounce things well be release in befor. devs dont do as they said people will be rubed the wrong way so what is not understandable about that you like to be lied to by the devs ?