After reading the notes from the CSM. Someone from our community should step up and go for the next one. Let me make it clear this is not me. Too busy in rl.

However we need to back someone from the merc world to have our views reflected accordingly.

I see this person comming from any area of merc activity.

We then all need to get behind this individual and rally people to the cause.

Differences, banter and smack talk aside, some of the changes that could be made over the next year could massively affect what we do and how we play the game.

Again, I’ve got too much on in RL to focus on it properly though

Even if you got all the HS merc players, alts and friends to vote for 1 guy you would still be missing about 500 - 1000 votes, to get anywhere close to the null block vote spam. The way the csm vote works you’re more likely to see a csm full of 1 player group (goons/null) than a mix from other area’s. If by by some chance you got someone through, the CSM don’t seem to have much influence over anything CCP has its mind set on anyway.

As far as changes to HS and wars go, I think CCP should make some small and large changes to the current mechanics around wardeccs. It’s something that has been needed for a long ass time tbh. but anything too big would eat up considerable dev time and would take away from their road map so odds are likely pretty low of much happening.

If someone is going to do this, start now. Make sure your name is in people’s heads. If there are multiple people in the community running, talk to each other. Get agreements to form a ‘party’, where you persuade your voters to cross vote. So when someone’s eliminated, the votes don’t go to waste, but transfer to someone who may not be perfect, but will still do a job of representing the voter.

Don’t say “I will fix this.” because you can’t. You can only provide guidance. Make sure your views are known, so people can judge you on those. It’s the best way to get votes from outside your normal sphere of influence. (If I don’t know someone, and I don’t know how they think about things, there’s no way I’ll vote for them anywhere on the list)

So that’s not “i’ll fix this”, but “I’d like to see things change here here and here, to promote X, Y and Z”. You likely won’t get the changes you’re wanting, but you can guide what CCP is thinking along those lines.

Steve. Some good points. This is also a reflection that as mercs i feel our voices are also not been represented. Ive not reached out the the csm so im not trying to blame here but as you are aware there are views on both sides of this fence. Please reflect these with the current csm.

I agree. But i cannot just sit back and take the risk. Even if nothing comes of it hopefully the csm now and in the future will represent our views.

I tried a few times already and was on the vote lists of some of the biggest alliances i n Eve, but every time I ended just on the wrong side of the CSM list. I’ll skip, it’s pointless…

Or you can back a former high sec candidate with a track record of being willing to listen to mercenaries concerns and incorporating your feedback. Not to mention with the backing of the Imperium I might stand a chance of getting a seat at the table.

I hope you make it this year Aze, and toxic too

Even tho I dont see eye to eye with some of your points, its the lesser evil

I would have ran myself if I was a bit more articulate and English was my native language.

I would like to chat to you in game or on ts. Im not looking for you to agree with everything i say but would be interested in your honest views.

That should not put you off running.

Having a direct merc representative would be a great development for us all albeit a tough road to reality.

Whoever runs, diplomacy and constructive thought needs to be high on the attributes list.

IRL Job: Incident Workforce Management Specialist, Federal Incident Management Cadre. Long story short I work in disasters dealing with staffs from dozens of different agencies, states, cities, and nonprofits coordinating common operational goals and objectives. I feel this directly translates to an ability to coordinate and communicate issues to CCP from groups around the Eve Universe.

I mean… for your consideration

Agreed, you want to get a wormholer dude on the bench too and probably a highsec indy dude; currently its filled with nullsec dudes which really dont represent the rest of eve all that well.

I will say though that getting votes for you guys may be incredibly difficult, after long term hubcamping and not having players really get involved a lot of new eden dont really have the kind of respect for you that you need - wormholers may suffer too im not sure.

Each major zone in eve must have a number of representatives in the council according to the number of players living there. 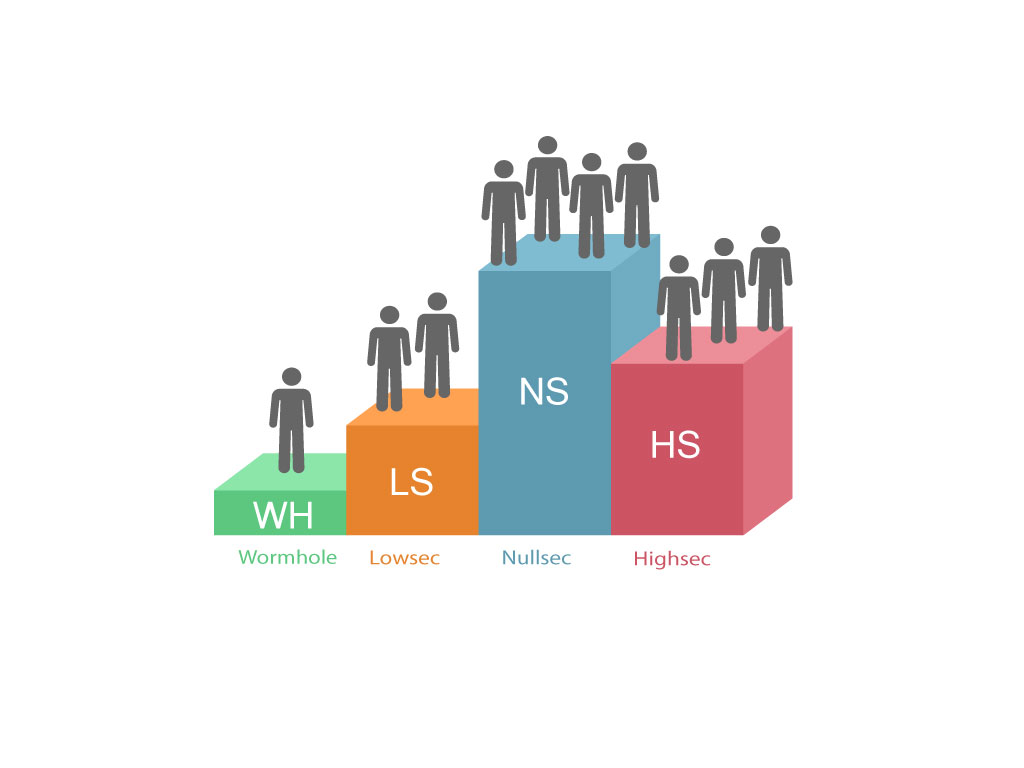 Yaosus, thanks for bringing this point up; YangSham Po and I were discussing this very issue on comms last week.

I know CCP published detailed stats in 2015 showing ~75% in HS. I am at work right now, but I’ll find the official graphs and post them here when I get home.

I just wonder how much the distribution could have changed in 2-3 years? shrugs

Here is what I referred to (CCP_quant published this). Basically 75% of active characters were in HS. Interesting data in light of the fact this is pre-alpha clone, etc: 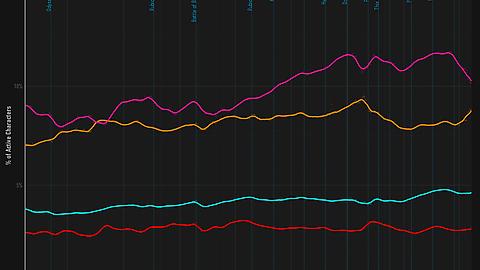