I see EVE has depth-of-field now (or has had for a while), which is the reason for the “impressionism” effect in Jita 4-4 (and maybe elsewhere).

But what is the point of depth-of-field outside of cut scenes with scripted camera movement? DoF blurs areas that are “out of focus”, but the game cannot really know what is supposed to be in focus.

What if I want to look at some detail in the background of the scene? In the real world, I would squint my eyes or turn some dial on my camera to change focal length, but EVE has no controls to do that (nor would they be easy to use with today’s input devices, or practical, because you don’t really want anything to be blurry for non-artistic, gameplay purposes). And don’t even get me started about the privacy implications of eye tracking (which could actually work, but probably wouldn’t because of latency).

It arguably has some use for making good-looking screenshots and videos, and I think it looks great, but otherwise, it is just another special effect you may want to turn off (like the bloom effect, camera shaking and bobbing, etc).

Here is a constructive feature suggestion: Make it possible to have 2 (or more) graphics presets you can switch between at any time with one assignable hotkey (screenshot/video mode and gaming mode). Make each profile fully configurable (some people want to go full potato mode, because they are playing on a toaster, while others may still want max anti-aliasing and texture quality, but no camera shaking, depth-of-field, bloom). 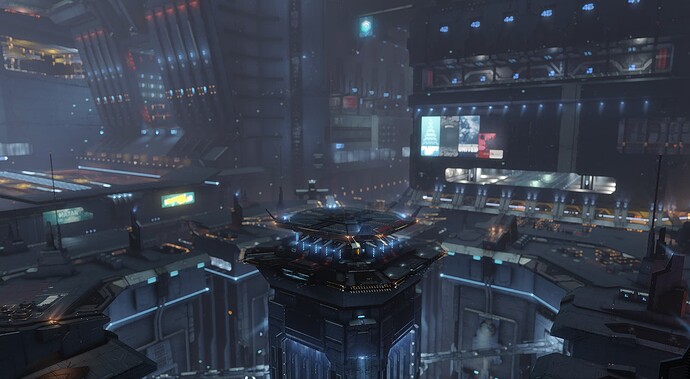 Don’t worry, we won’t need presets when CCP makes DoF on by default with no way to disable it, just like Photon UI. Then everyone will get the cinematic EVE Online experience they’re craving!

As you can see in the screenshot, there is a checkbox to turn it off. Why do you think they would take that away? It’s a post-processing effect, so there is no technical difficulty in making it optional and keeping it that way if it already is.

Why do you think they would take that away?

Why do you think they wouldn’t take that away?

It’s CCP. Should I act out one of their boardroom meetings with puppets for you?

Sorry, but that would be funny as hell…

Should I act out one of their boardroom meetings with puppets for you?

Please do. Hollywood has dropped the ball on entertainment, I’d take anything these days.

Should I act out one of their boardroom meetings with puppets for you?

Sorry, my sock-puppets are a bit crusty, so this is the best I can do for now: 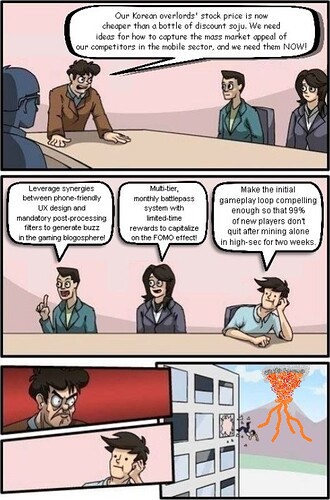 DoF is absolutely hideous in most cases. It blurs way too much, way too close, with the same blur level everywhere. It would not even look good in cutscenes because it’s way too indiscriminate and lacks nuance.

DoF blur isn’t well thought out and the more I think about it the more I realize how useless and false it is. The human eye doesn’t see depth of field like a camera does. Things do not become blurry when the eyes focus on something else, they’re more like doubled but still crisp. If things get blurry consult an ophthalmologist without delay.

Does it help with the sun glare?

Now that, at least, is fixable.

The general uselessness of DoF in games (outside cutscenes) is not.

Will need to see an ophthalmologist after playing with this setting eventually.