You may notice in the following centuries numbered below… that inventions often came decades or even generations apart, or in an order unusual compared to what they would have happened in on a planet starting from nothing. This is for two reasons; first, we started off with high technology, then patched and retrofitted things to make them keep lasting as long as we could, and second… we were focused the entire time on establishing an agricultural and roads foothold, doing all we could to expand within the capacity of our harvests and mining products, so the vast majority of our people were doing scout, pioneer, and engineering/construction work, not rediscovering/remastering the breakthroughs/technologies our ancestors brought with them through the Gate.

Also, we did not endure a warfare-intervals civilization fluctuation; we did not lose cities or major portions of our population during some time periods. This is largely attributed to our healthier-than-average diet and lifestyle, as well as to our millennia-long focus on ensuring everyone on our home-world and its later colony-worlds would survive, with a heavy emphasis of that effort being on educating and socializing, not compartmentalizing or rushing them. We also never really saw any religion take hold --and even when the Amarr showed up after we’d had millennia of barely any religion at all, it was easy for us to work with them because we viewed repeating their religious prayers and other phrases to them as part of translation, interpretation, and pacification SOPs (and, of course, we’d had generations of listening to their radio and other transmissions, so we knew well in advance what was coming whenever they finally made it all the way over to us).

You’ll see on our world maps that many place names sound Moldovan or Romanian. This is because we had a large number of people with those backgrounds. Millions made it through the EVE Gate, and not all of them spoke the languages which evolved into the modern fusions of the ‘big four’.

8000s: Making Sure We Will Survive - Agriculture

9000s: Linking the First Settlements of the Central Hemisphere - Trails Upgraded to Roads

10000s: Sea Lanes Established Across the Middle of the Central Continent - Sailboats

11000s: Civilization Spread Across All of the Central Continent - Steam Engines and Steampunk

15000s: Footholds on the West Continent - Into Low Orbit

16000s: Inland on the West Continent - and Our Space Race; High Orbit and Beyond (to the Nielez system)

17000s: Farther Inland on the West Continent - and Reaching Afraghen

18000s: Spotting One of the South Continents - and Reaching Ajna

19000s: Almost All of the West Continent - and Reaching Tukanas

21000s: Footholds on the Far Continent - and Reaching Sheri

22000s: Footholds on the Southermost Continent - and Reaching Afrah

23000s: Almost Everything in Our North and South Reached - and the Amarr Arrive

There are still billions of people on and from our world who have yet to meet an Amarr or anyone else not of our own constellation/civilization. Some may always wonder if the stories of contact with people from elsewhere in New Eden are just fairy tales or conspiracy theories. The vast majority of people, as you know, never make it to Space --and have no plans to-- so how would they ever know? 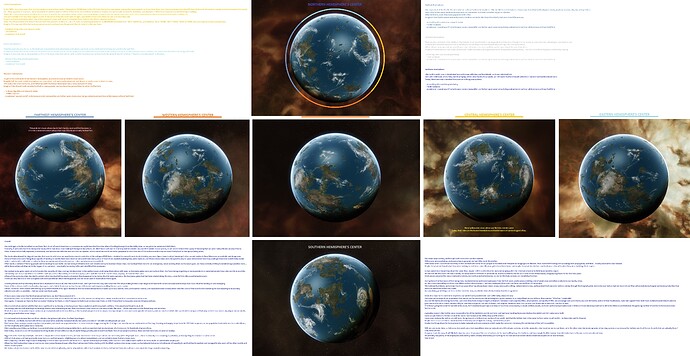 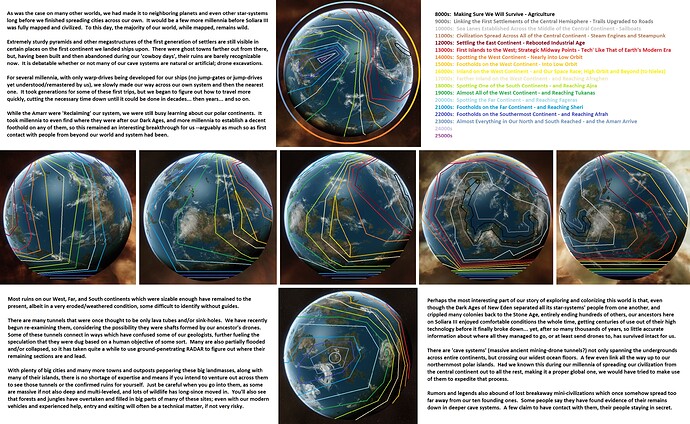 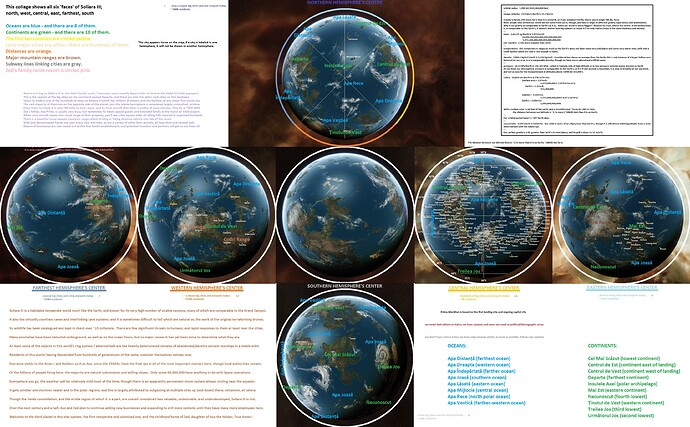