History of the Temperate Worlds of Helab

Soliarans are more independent and conservative in the sense that we were only very recently added to the Amarr empire, and we hadn’t conquered worlds or taken slaves like the Amarr started doing with their Reclaiming; we were pre-slavery oldfashioned. We do have plenty of submissives and volunteers on our world, but few other than Holders who immigrated (or got stationed) here have actual slaves taken as captives and forcibly owned. Even those actual-slave owners, after working and living here a long while, tend to become very self-reliant, thus independence-minded like the rest of us.

Ever since the Jove made the Minmatar secession possible, we looked at the Triglavian invasion as a possible chance for our own restored independence; they were certainly distracting the ‘big four’ empires. The Amarr have never really given us much trouble, and we did not much resist them claiming us as part of their growing empire, but the thought still has crossed our minds. Why not?

Now you have the overall idea or thinking of the people of Helab. While each of our systems and worlds has a sub-culture all its own, together we remain a hardy and accomplished collective who accomplished many things far from, and off the radar of, the empire for a very long time. On every Soliaran-colonized world you go to, you’ll find people who are politely proud of this fact, regardless of what they do out there, or what their later-developed local culture is recently about.

Each of New Eden’s 68 regions had at least one colony in them pre-collapse, and some had several; of the ~8,000 star-systems, only ~1-8% had a colony on one of their worlds. This remained the case from ~8100 A.D. to 16,262 A.D.; that was the Dark Ages of this cluster of the galaxy, Space travel restored after. Here in Helab near the edge of New Eden, we Solarians are the colony that survived, and we have gone on to name all of our constellation’s neighboring systems after the (surnames of the) most-accomplished off-world explorers native to Soliara III.

Soliara was the first reached in our constellation, and the only colonized before gate collapse; of all the colonized places in our constellation, this system has been developed the longest (15 millennia and counting). While only ~60,000,000 residents/‘natives’ of Soliara III in modern times are involved in Space operations, millions more have migrated from our world to others, ferried and supported by those full-time Space workers. 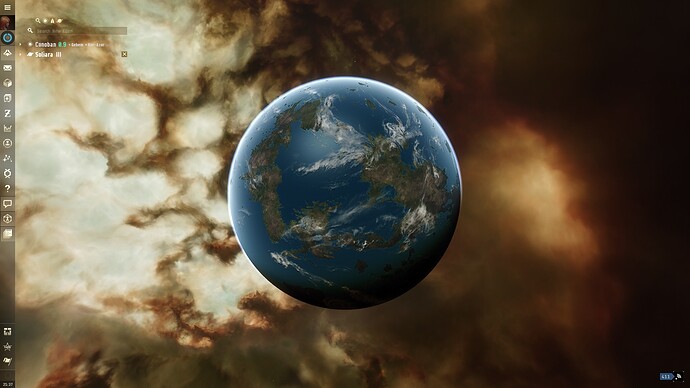 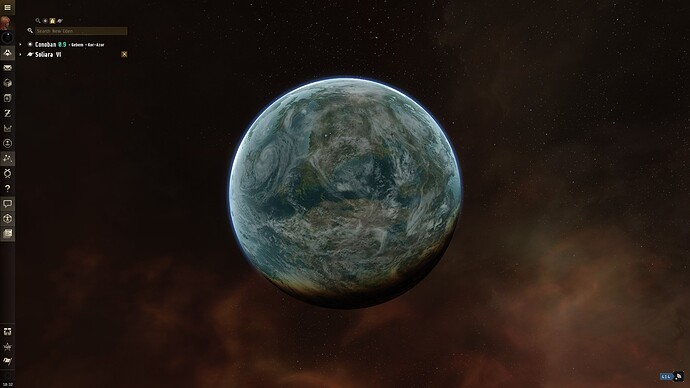 ⦁ By the 17000s, we had reached every world and moon in this home-system of ours, and today there are Space stations in orbit around them all, as well as major cities on almost all of them (planet-side).
⦁ We have 10 planets, 67 moons, and 15 asteroid belts, all of which have been tapped into for resources. (~1 more of those reached every ~8 years)
⦁ ~13 billion people live in this system.

Nielez was the closest neighboring system to Soliara, and we reached it in the 16000s. Conveniently, it had the most temperate planets of all the systems in our constellation, giving us an easy first-era expansion and foothold; right off the back, at the start of New Eden’s post-Dark Ages Space-race, we Soliarans spread from one easily-inhabited world to five, almost no terraforming needed on any of them. 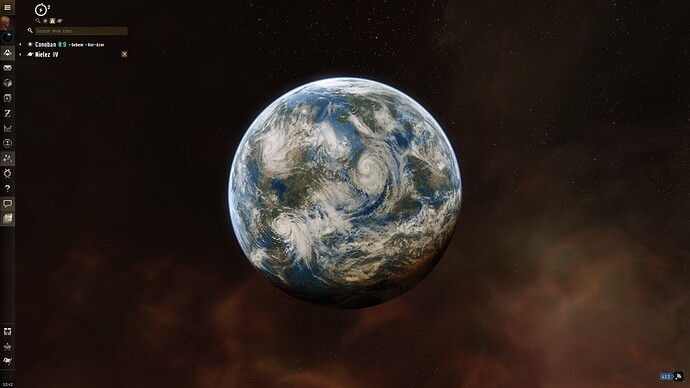 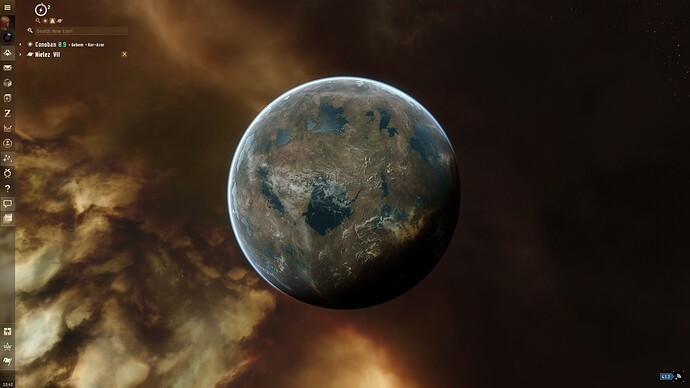 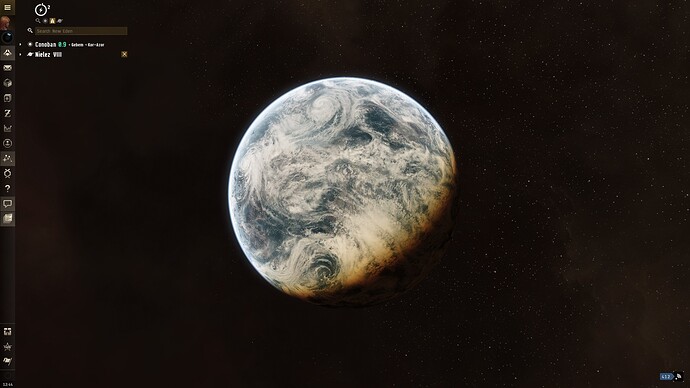 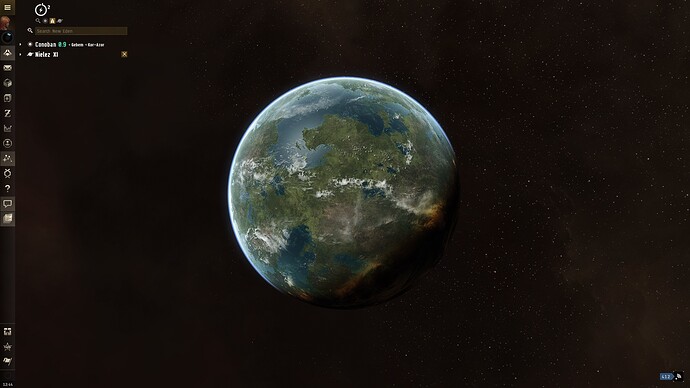 ⦁ By the 18000s, we had reached every world and moon in this nearest system of ours, and having four colonized temperate worlds out here means the bulk of processing for not only the extracted resources of those non-temperate planets, moons, and asteroids, but also for the majority of those brought in from all other Helab sources, is done in this system.
⦁ 11 planets, 8 moons, 10 asteroid belts
⦁ ~24 billion people live in this system.

Afraghen was the next closest system to us, and we reached it in the 17000s, but it has no temperate worlds, so we started terraforming a couple of them, still in progress; 6 millennia in progress. The billions who migrated here are spread out fairly evenly in the Space stations and controlled-environment colony biodomes. In spite of the complications of maintaining a foothold in a system like this, especially during our earliest days of exosystem Space travel (before we had remastered/rediscovered the warp-drive), Afraghen, being so near our home-world, has been developed and patrolled as much as possible, its proximity alone keeping it strategic to us.
⦁ By the 19000s, we had reached every world and moon in this system, but with no temperate world as a local base of operations, this has not been a convenient system for us to tap into --though terraforming has stayed on schedule, proving promising for a later generation.
⦁ 8 planets, 24 moons, 6 asteroid belts
⦁ ~2 billion people live in this system.

Ajna: 18000s. It took us a millennia and a half to get to this fourth system of ours, the third we colonized after the Dark Ages. By that time, we were much better when it came to traveling (i.e. we’d spent generations improving our warp capability), so once a temperate world out here was confirmed beyond the kind of spectral analysis of starlight used in the Kepler Tally long ago… we sent waves of settlers in mid-sized ships carrying hundreds a piece. So many millions were ready and waiting to go, having established their families and businesses so well on multiple Nielez worlds. 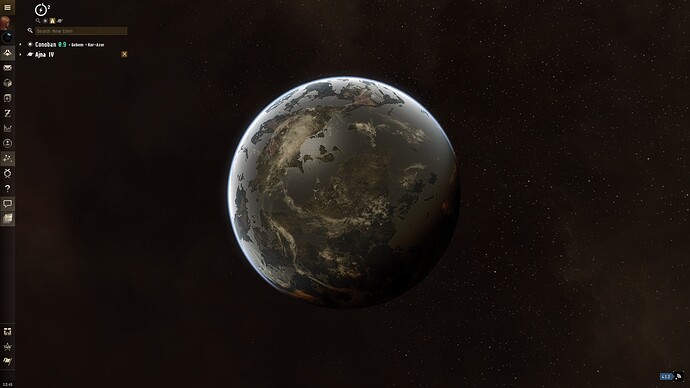 Tukanas: 19000s. After spending two and a half millennia establishing our footholds in the previous four systems, we were ready to reach and colonize a fifth, and this one was the next on our list, always based on distance back then. There was only one world in it which was suspected of being habitable, so it became a funnel from many other worlds of the generation of this time; it is even more of a ‘melting pot’ than Ajna IV was. 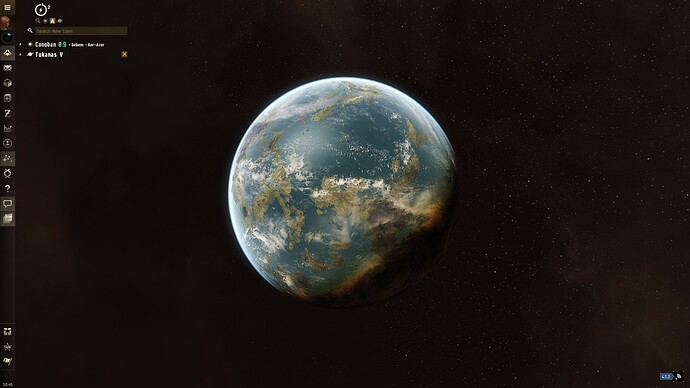 Fageras was reached in the 20000s, but has no temperates; terraforming started, 3 millennia in progress. This system is being made livable, and likely will be for many more generations to come. It is not yet certain how well our current terraforming will take hold, but we are hopeful and doing our best.
⦁ By the 22000s, we had reached every world and moon in this system.
⦁ 13 planets, 22 moons, 3 asteroid belts
⦁ ~1 billion people live in this system.

Sheri was farthest in our constellation, reached in the 21000s, just ~2 millennia before the Amarr arrived (a millennia after they reached Mishi, the first system in our region; Aridia, which their 51st Exploration Corps made it to). That was still time enough for us, with six other star-systems working together, to develop it enough to have cities and industries of its own. We do give due credit to the Amarr for dramatically accelerating its development in recent centuries, though, which brought it up to the levels and standard of living enjoyed by the rest of our systems with colonized temperate worlds. 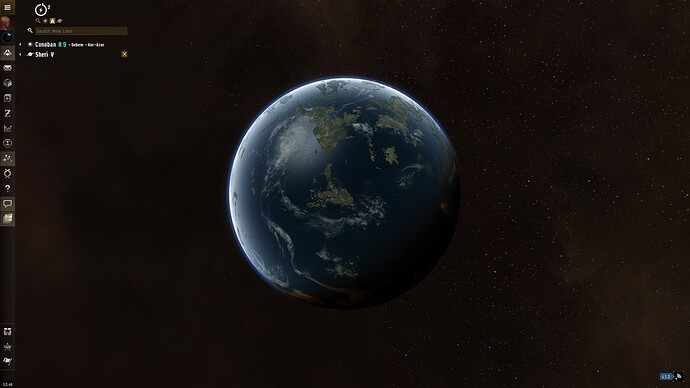 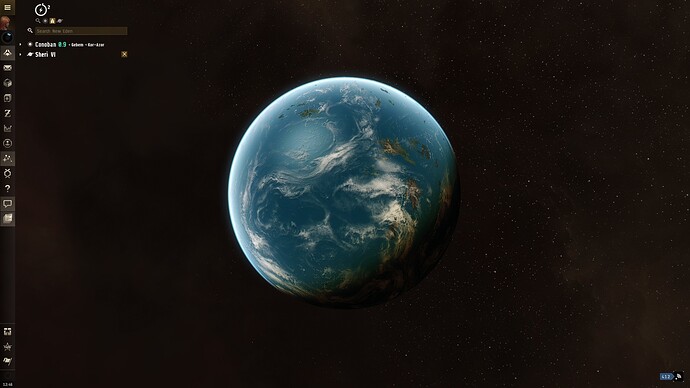 ⦁ By the 23000s when the Amarr were arriving, we had reached every world and moon in this system, so all Space stations and colonies out here are only a century or so old; they are practically brand new, and are the least-populated of all Helab settlements/facilities.
⦁ 9 planets, 20 moons, 6 asteroid belts
⦁ ~6 billion people live in this system.

We did not have the kind of constellation-leaving and region-crossing jump-gate or jump-ship technology the Amarr had when they arrived in our cul de sac (“pocket system”) of the cluster; this is why we had only made it into the systems of our constellation, not across other constellations and regions like the Amarr were. We did, however, quickly adopt it once we’d been accepted into their empire. We now understand it as well as they do, and have many ships which make use of it.