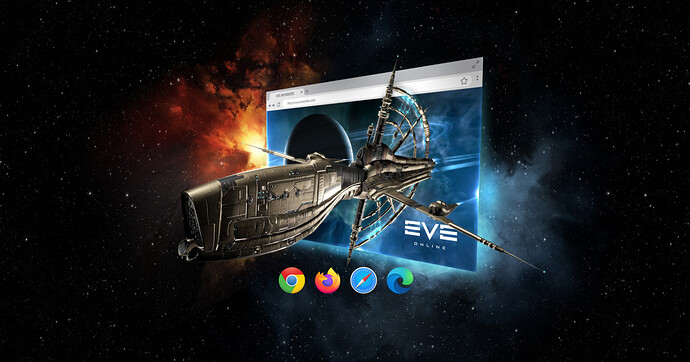 Experience EVE on the go

Do you get Omega aspects for these 24 hours or do you pay 2 Euros just to access this feature?

So it’s basically a rip off like airport wifi?

I recall ccp mentioning there would have to be a cost associated with using eve anywhere. I guess instead of making omegas pay, its alphas

Also, where is it hosted? It mentions partnership with Intel, is it on their cloud? Where is that?

Cloud based. It says that

Of course it’s in the cloud, which server farm does Intel use for it?

I presume it’s not AWS or Azure.

For the life I me, I can not believe there is a market for this large enough to offset the costs associated with launching this feature.

Paying 900 Plex per month for the questionable privilege of accessing EVE through a browser seems like a rather limited market, yes.

But then, spending the money we’ve all sent in for EVE on crazy projects that won’t pay off and ultimately get cancelled is kind of what CCP does.

For the life I me, I can not believe there is a market for this large enough to offset the costs associated with launching this feature.

This feature has been launched already for Omegas, currently free.

I guess we’ll see more expansions like this while CCP makes EVE Anywhere more usable. Eventually I expect CCP hopes to get access to a larger group of potential players via cloud-based play, which might be enough to offset the costs, or better.

Or it won’t offset the costs, and CCP adds a cost to EVE Anywhere for Omega players too.

Some people just can’t stop whining it seems. Why would they offer a service like this for free, for f2p accounts?

The option is there, use it or don’t.

Anyone who’s going to pay more than 500 plex a month to access EVE anywhere as Alpha would do better to go Omega for 500 plex, to get access for free.

The 30 plex per day figure is only relevant for people who wish to pay for a single weekend playing as Alpha, or a couple of days at most.

So this is the Linux tax?

I assume you can use EVE Anywhere as Omega for free on Linux?

(Haven’t tried yet, but if it isn’t, I expect to see it appear some time in the future)

As long as you use one of the supported browsers on linux.

Nobody cares about Linux for games, only professional problematics do.

Nobody cares about Linux for games

As long as you use one of the supported browsers on linux.

Well majority of browsers are Chromium based anyway.

Firefox isn’t, yet is one of the supported browsers.

What is the blocker? Isn’t the intertubes and web standards based?