NetEase and CCP just unveiled the release date for EVE Echoes, the mobile spin-off based on the massive online hit EVE Online.

Looks like monthly sub and cash shop. Another CCP game I will be avoiding.

edit: btw my cell phone is more powerful than my mac anyway LOLOLOLOL

Pretty sure my iPad is more powerful than my PS4 at this point, too

Chat during ccp twitch anounsement was epic. Was probably a misstake using chinese people with little english knowlege to do it 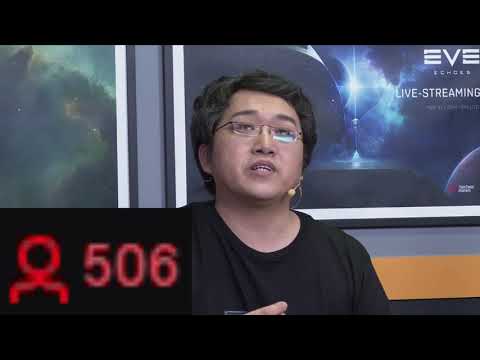 Ahh this echos familiarity with Firefall the game, they tried to go mobile too after their original game went into a death spiral and their ingame item store, and was also set in “New Eden”

Having played in the beta of EVE Echoes I can honestly say that I like the game; it’s maintaining all the core pillars, Resource gathering, Production and Destruction, that EVE is build on and it wouldn’t be the same if it didn’t.

I played for a couple of hours but got bored, playing on you mobile with a small screen is not good…

and what is your problem with that?
its a different game … EVE Echoes is not EVE Online …

Tried the beta, it was god awful - as stated elsewhere

Edit for a bit more substance:

It is Eve light, but with terrible game-play on a small screen - does not appear to have been properly designed for mobile platforms.

Will attract existing Eve players to a degree, non Eve players (if they can stomach it) will probably move to Eve proper (not such a bad thing for Eve, but no good for echoes).

Having played in the beta of EVE Echoes I can honestly say that I like the game; it’s maintaining all the core pillars, Resource gathering, Production and Destruction, that EVE is build on and it wouldn’t be the same if it didn’t.

I hear that pvp is not allowed in hisec and fitting and weapons are completely different.

Why would you need all those other games you bought?

I don’t play any other game with a subscription. I will buy a game outright and play it for a change of pace, but I am not going to pay a subscription.

If CCP/NetEase lets me link my Eve Echoes account to my Eve account so I can use my Eve ISK to pay for my Echoes sub, then maybe I will try it, but it would be a stretch still.

I played the Beta, it wasn’t fun enough to play if I have to pay. And it is so close to Eve that I might as well just play Eve.

I would gladly play an Eve based mobile game if it wasn’t a new Eve shard on a cell phone.

fitting and weapons are completely different.

Didn’t seem that different to me; what’s different about the game was that you play it differently due to it being on mobile devices as these have some limitations.