Ok this is going to sound like I’m being a d*ck. It’s not the intention but I know fine well im going to be snarky because your post annoyed me.

Helping people takes time. This attitude that because you have asked something in chat means you are entitled to a full response. The people trying to help you are playing the game to. They could be in the middle of something and the best they can do at that given time is post a link as posting an explanation while running an Abyss site or similar will mean they lose a ship.

And perhaps what seems like a simple question is not actually simple. Perhaps the answer is yes ………… but that yes needs to be qualified with a list of exceptions. And instead of listing those all out and risking missing something its far easier to give a link that has ALL the information instead of risking giving someone incomplete information.

Or as has happened to me before i post a link. Get told that they just wanted the simple version. I give a simple version. Player dies and then moans at me because its now my fault because I didn’t give all the information.

Helping people in this game is mostly a thankless task. However I didn’t really expect to have to endure a post complaining that people are helping you wrong. How about you learn yourself and quit being so ungrateful to the people who are giving up their time to help you?

This is just entitled bllsht.

Whenever some help or explanation takes real effort I’ll simply tell them to convo or mail me, even that little amount of effort and agency already takes care of most of the lazy ones who would otherwise be a complete waste of my time, effort and energy. Things I’d much rather spend on helping 2 other newbies instead.

I was not intending to complain about the way people are helping, but I can see clear as day that I did.

The way to long post was more how I remembered the first weeks/months, my difficulties, and was meant as suggestions.

For what it’s worth, I’m sorry. 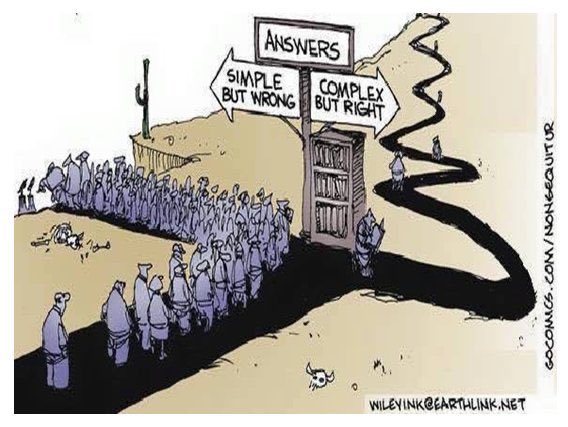 That right there is an ongoing struggle with people bleeting out oversimplified, or just plain wrong, answers to newbie’s questions. It’s not only newbies wanting easy answers, which is partly understandable as they don’t realise the complexity of the game yet, it’s also “helpers” being clueless or only using their own perspective.

Replying to the OP.

I think I’ve officially hit the “Salty Veteran” status with this comment.

Honestly, I was pretty put off by it. It’s large, intrusive, got hung up on how to navigate it. When learning how to navigate it is a learning cliff in-of-itself, I closed it, shrugged and told myself “I didn’t do the career agents when I started, and I’m doing fine, I don’t need to do this mess”

With my opinionated rant over, I do hope that it does help new people learn how to play EvE and makes the gameplay learning cliff a bit less vertical.

What I don’t understand is how instead of fixing the career missions themselves they added more complexity to it. It seems backwards to me because now with that new system they forced themselves to not really do much to the missions and concept itself.

It makes no sense. You still have to mine tritanium, you still need to put the civlian shuttle in your cargo bay and the exploration one is still useless.

What I don’t understand is how instead of fixing the career missions themselves they added more complexity to it.

It makes no sense. You still have to mine tritanium, you still need to put the civlian shuttle in your cargo bay and the exploration one is still useless.

I call @Destiny_Corrupted to present his theory about “low hanging fruit”.

I mean besides my trolling side, they must be very fked with lots of crap source code. They must be trying to survive at this point.

I’m even happy they manage to make Photon UI functional, my expectations are: anything above nil is a win.

It’s true though, after a week of trying to understand numbers and the wiki (I had lots of wrong assumptions), I was defeated and looking for Easy way out.

Every time I thought I improved something, the results did not match my expectations.
And I was really tired of pressing yellow words in the wiki, it was guaranteed to land on a page that had a bunch of new ones I had not explored.

I thought I needed something good, then maybe I cold figure out why it was good compared to the thrash I was putting together. Ended up switching focus to missiles, managed to not do as many blunders there.

Every time I thought I improved something, the results did not match my expectations.

While the frustration of that is understandable, it’s also a defining part of the EVE “experience”. Everyone fcks up, everyone tries to do better… until they fck up again, to then try and do better.

Reason for this is that there are way too many layers of understanding to get anything done, just because you think that this time you figured out what you did wrong it messes up again because ,really, you only learned to understand ONE part of the issue. It’s completely normal, EVE is too complex to not work that way.

This is why I tend to rage on people who tell a true newbie to go into wormhole space to mine gas for instance, it’s just not going to work realistically as that newbie needs to understand and have mastered SO many different things like scanning, understanding how WH work, travelling there, creating bookmarks, avoid being killed, actually finding the right sites they can even do and understand how to avoid blowing up. Etc etc etc.

No ACTUAL newbie that is like 7 days old can do this, it’s just not realistic. But people tell it to newbies anyway or some vet on an alt character, pretending to be new, says he did it and made 200 mil on day two. It’s both deceit as ignorance to state or claim that this works. And when a newbie hears these stories and then goes to try it he immediately runs into this wall of a thousand layers of understanding he just can’t cope with and gets frustrated because people told him he should be able to do it.

Same with “newbies should join a null sec corp asap”, no they shouldn’t. Give them time to learn the basics in their own time, in their own way and at their own speed. If they then decide that being part of a massive group of edgelords and spergs is for them THEN they made a, somewhat, informed decision and can go do it. With some basic knowledge under their belt.

I was three days in before I realized I should have a skill training.

The NPE in those days was, “This is space. Go do stuff”.

I just looked at your Zkill and it’s a clear example of my points. Your first Badger loss fit was a lovely mishmash of newbie clown fitting, as newbies do. Then you learned some stuff about fitting a hauler and two months later you tried again and again failed because, critically, you were missing one module and the understanding on how to make use of it. So there’s progress but not enough to make it work, yet.

Ah, still not good at it. Nowdays I just cloack and pray. Every Blockade runner fit I can think of getting ganked at regular intervals. But atlest the thing is fast.

It’s called Cloak/MWD trick, check the wiki and Youtube on it. Use right size MWD, 50mn, and the T2 cloak. Watch someone do it on YT and then practise it a bunch of times till you can do it in your sleep.

This fit works right out of the box, no extra skills required other than the cloaking to lvl 3 and getting evasive to lvl 3. Better skills, better fit.

Guess now would be a good time to learn your hotkeys

It doesn’t actually make any difference…there’s still a click required either way. Using the method where the destination gate is automatically highlighted at the top of the Overview, you only have to click on the ‘Jump’ icon. Using the ‘d’ key, you instead actually have to click on the destination gate at the top of the Overview or it doesn’t respond. When it actually works properly…my method is same speed. And it keeps my left hand free for coffee…vape device…or brick to throw at the monitor.

Thanks, I have known that trick for a while now and use it now and then. But I was clueless when I lost my first Badger

If I remember right I was halfway there when I lost my second transport.

Trust me, hotkeys are faster than the selected item box, and even the mouse wheel in most, but not all, cases. But if keeping a hand free for battlefaps, or whatever, makes the game more enjoyable for you, then there’s nothing wrong with continuing to do that.

and yes i know hotkeys are more efficient , i just cant remember … and macs don’t have f1 , have to change settings ,or press other key, i don’t like it