Maybe he told it one too many times?

but a surprising number can be boiled down to, “I don’t know how to play this game, and so I’m asking that you nerf my enemies and/or buff me.”

That’s the way you forum warriors have translated those threads. Don’t BS me.

In fact, where’s @Gix_Firebrand? He seems to be on break right now, but this guy has told people to, “learn how to Eve,” more times than I can count.

Gix?? HaHaaaa!!! He’s this forum’s major troll. He never lets an opportunity to debase someone pass him by.
If Gix is your yardstick then… what can I say: 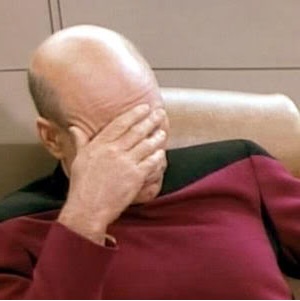 From the perspective of a player, yes, you should be trying to figure this stuff out on your own. However, that isn’t a very useful perspective as a dev. It’s like personal responsibility versus government legislation and policy in real life. For example, you can educate yourself and find success in spite of a crappy education system. But does that mean that it’s okay for the government to let their education system go to shite?

But does that mean that it’s okay for the government to let their education system go to shite?

Yes it is. Homeschooling is where it’s at. Government can do nothing right… sorry, one thing they do well: kill people.

Don’t translate my words into things I may be feeling.

No translation needed. You are very clear is your disappointment with the game. As for all that personal malarkey. It’s completely irrelevant to anything I said.

But because I care about people in general, I’ll suggest less shifting of the goalposts. Back problems are no joke.

You are very clear is your disappointment with the game

He’s not a troll. He lacks tact. There’s a difference.

And yes, that is honestly what I believe about most threads. I’m sure you disagree with my assessment, and may think I’m an idiot for believing it, but I am not BS’ing you because I honestly believe it.

He lacks much more than tact but I’m not going to pursue that line of comment. He means nothing to me so no need to antagonize him further.

On which thread do I complain that it now takes longer, on selecting an item in Overview, for the Jump, Dock, etc icons to appear.

I love the new look. May I suggest some less obvious changes involving the writer being overly familiar with jargon of Eve. A polite request for more documentation for the starting windows. It makes a huge difference for new players.

I Hope this helps you and helps with easing new players into this bizarrely beautiful game.

I seriously think this is heading towards an almost Black Desert Online scenario where they think that 4 classes are all that are really needed. It is channeled so that players start thinking of it that way (Explorer, Enforcer, Soldier of Fortune, and if they still have it around that time Industrialist). Slap the skills into whatever class set and BOOM! you’ve just simplified the game so everyone can play it! Right now you can buy Career Packs for the classes except for Industrialist. Honestly, I think this is going to become a Facebook game by the time this whole thing just fizzles out if someone can’t wrench it back to some semblance of skill/tactical thinking to play this game.

Yeah, that’s annoying. Guess now would be a good time to learn your hotkeys, which will dramatically improve your execution. I know there are a crap ton of them, but most are rather useless. So, most players only need to learn around 14, which is much more manageable.

Also, you should probably complain about it in the official known issues thread.

One of the tasks of the Soldier of Fortune career is to lose 20 ships.

Most the same as standard but I remove many shortcuts and just use the mouse as I am a clicker!

Don’t you think that new players also have a responsibility to inform themselves and not be held by the hand all the way to the finish line?
There’s tons of info online about EVE. Relying on a tutorial or Help Chat is the lazy route.

Indeed it is.
It’s also a lot of misinformation, and there’s a lot of outdated information.

There is a lot of youtube videos, just the university ones would take weeks to get trough, as basic concepts are hidden between a million things you don’t need or care about when you just want to know why your turret is so bad. Or there is videos called stuff like “Newbro 101” and it’s actually just a 6h stream getting off topic every 5’th min.

In rookie chat it’s often hard to get a straight answer, wiki links are often used over rough explanations.
The problems with this is that when you open the wiki 20 other concepts you don’t know hits you in the face. And it’s hard to evaluate if much of the information is current or dated.

When I started this game a very nice GM that offered me some ships. but then he threw a bunch of wiki links and told me to press alt-D.

At this point I had barley left the hangar and busy trying to figure out what each ship module did, but to be polite I visited the wiki, and did not understand what the info was about at all. Just a bunch of concepts I had no idea if I needed right away or not. Alt-D did not do a thing inside the station, Tried Alt-o and Alt-0 and some other things ending up messing up the UI.

And it’s hard to trust anything, take shield tanking. Your fitting window tells you something and you soon realize something is off your regen is much slower, So you google “eve shield tank” and end up on a wiki site that clearly is edited a bunch of times. Tells you how to min/max, calculations with peak ratio not explaining what peak is. Before what looks like a added box all the way down that basically you should take all you learned above with a grain of salt as you can’t hit peak before 75%.

Great you think, after 75% full regen roger that. (Utterly wrong).

It might be easy for vets to filter info on the net, and I understand everyone learned “the hard way” and I assume that “Back in the day” it was even harder and maybe even the game have gotten so noob friendly it hurts.

But keep in mind many of you have grown with the game, some of you maybe started as a clueless bunch helping each other figure out things, been on top of patches and new content, today it’s a lot harder to evaluate what information a person needs for the task at hand.

Either you get treated as a complete idiot guided trough a 2h video I would applaud anyone staying awake longer than the geometry and math, and even if you did you’ll end up a little smarter but nothing solid you can use in game. When you wonder where you should set your gun ranges, a 2h lesson don’t help you. You now know in detail how it works, and a few tricks to utilize it, but it did not answer what you came there for.

Or it’s the wiki jungle, if you search a topic and hit less than 6 hyperlinks you never encountered in game you are probably not on your first week. And ofc many of them leads to pages like “this is no longer the case as of patch x.x”

Rambled long enough, just want to say this community has to try getting into the meat of questions then tell them where they can learn more, or give basic examples and comparisons before overloading people with information they don’t need, understand or have encountered in game.

Try not to instantly throw a wiki link when someone ask why their missing at optimal range. They will learn so much more if you just give them a few tips on things they can try and a hint of why it works that way. Instead of a wall of hyperlinked words. (they will end up there when they got a feel for all the moving parts, and at that point it’s readable)

So I had spent close to 3 hours thinking about what to select and just can’t pick which reward to start collecting the career points.

Also I curently still have a unfinished Arc for SoE Will I lose that progress if I start doing something else?

loading the game is soooo sloowwww, and the flickering of the ship is enoying

It stopped working, doesnt see achievements as completed. Tried multiple times and no reaction. Worked just fine and in the next moment doesnt work.

So much for professionalism. it looks like usual CCP quality.

I am back to DX12 but it’s killing my computer. Everything I undock or dock in station. I have multi monitors and don’t know why it is freezing my other parts of my computer when before I use to be able to multibox.
I’m stumped.

Rambled long enough, just want to say this community has to try getting into the meat of questions then tell them where they can learn more, or give basic examples and comparisons before overloading people with information they don’t need, understand or have encountered in game

I never said that getting the info was easy. It’s actually the most difficult of EVE besides getting intel. The game is over-complicated but it’s not always a bad thing.
I agree with you mostly. Thanks for the reply.