Yes, I am new to EvE; but I was introduced by a player who loved the game… until he quit.
He told me there were very good ‘films’ comparing the ship sizes to each other and to locations (New York) and items of the real world.
the films last about an hour each.
I’d like to know how to view them.

He also told me there was a store that sold EvE items (like playing cards with the four main factions as suits).
Is there one?

I don’t know about videos but there is this image… 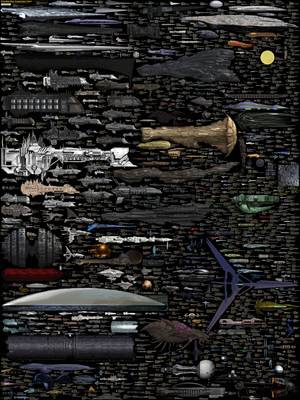 FAQ: Q: Is it okay for me to download and print the poster? A: Of course! I may never be making money off it and sell it via DevArt's poster-print service, but that doesn't mean this may not be pri...

In regards to Eve ship sizes, here you go. Just do a simple Youtube search, and you can find videos on almost anything Eve related you may wish to find.

Oh, thank you very much. THAT is definitely one of the ‘films’ he was talking about. He also said there was a second one that compared the EvE ships to things/locations like New York city, the Grand Canyon, a 747, ect.
I would ask him again, but he slightly beyond talking to me now (like from ‘beyond the grave’ slightly)

Anybody know anything about a store that sells EvE-related items in real life?