That is very impressive work I must say. I’ll include that in the OP Soon™.

About Abraxas - he’s been here so long I guess I thought he was there from the beginning…
EDIT: Digging up a bit further, I did find Hrafnkell (Keli) Smári Óskarsson credited as the writer for EVE Online, as well as Hjalti Daníelsson who used to be EVE’s senior writer. Their names are displayed on the fiction page. So I’m guessing these two are the people we have to thank for many of the earliest chronicles and establishing the very setting. Sadly I’m not sure what are their “CCP names”, if they even have any.
Anyway, hoping for the ISD’s to drop some knowledge bombs once they notice this thread.

Hjalti Daníelsson is CCP Abraxas. He wrote the Burning Life novel under his real name. Hm, but Óskarsson might indeed be a candidate. I just checked that this “Timeout” story on the Fiction page is also a chronicle, and that one is from May 2001 (according to the chronicle list on eve-inspiracy)! But who knows, the early chronicles might also have been written by a handful different authors.

The very recent chronicle “Mithra’s Gate” has a question mark.

I’m 98% sure that Mithra’s Gate is from @CCP_Delegate_Zero, it has his style of brain fuckery. (The good kind)

Anyway, hoping for the ISD’s to drop some knowledge bombs once they notice this thread.

The list on eve-inspiracy is fairly accurate. I wish I could indulge you with information explosions, but some information (such as that) has to be cleared by CCP. I will relay your question though.

Neat. Would be cool if you could get somekind of official list up in the Fiction Portal or at least appropriate writers credited in their chronicles and other works, I mean, I understand that CCP’s pushing the “players create the story”, but I think chronicle writers and others deserve to be known as well, even if just by their codenames.

This seems to be an important thread. Shouldn’t it be pinned?

Thank you @CCP_Delegate_Zero for the pin and @Radborne_Eriker for suggesting it.

Is there a quick timeline/overview putting together the various Jove/Sleeper/Drifter developments? Observatories, Caroline Star, wormholes… I love these new storylines but I find it hard to really get into them.

I think this is the most comprehensive list regarding the Drifters, it’s in In-Character format however:

Pilots; Given that the Drifter crisis now extends over three years in its various stages, it seems appropriate to compile event references so that we all may, at a glance, reference news pieces relevant to the conflict as needed. It is my hope that this aids in the education of new capsuleers, who may lack understanding of the ebb and flow of the crisis. The following intends to be a largely apolitical registry of events, including both independent and Empire sources as necessary. If you belie…

I’m afraid there probably isn’t a TL;DR version anywhere, though the Chronicle “Inheritance” sheds quite a bit of light on the Sleeper/Drifter history up until a bit after Caroline’s Star in a fairly concise package: 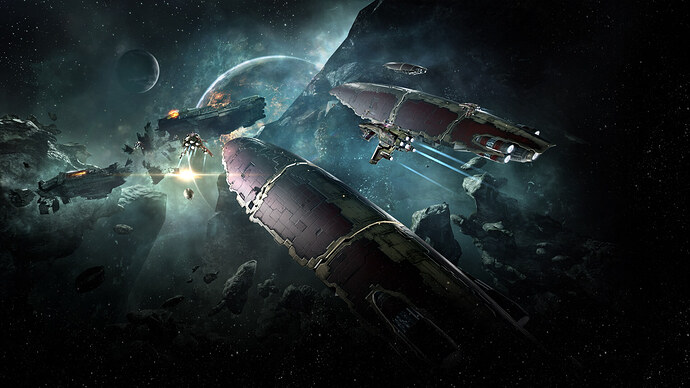 I think @CCP_Delegate_Zero (who wrote that chronicle) has gone on record saying that the Jove in that chronicle is an unreliable narrator, so it’s probably best taken with slight grain of salt.

The thread Teinyhr linked has a lot of it, but as said it’s from an ‘in character’ perspective so doesn’t include, for instance, the Emergent Threats trailer or Inheritance. Inheritance especially has a lot of gems, but is specifically from the Third Empire Jove perspective.

That said, the in-character link does include bunches of headlines, and just scrolling down those should give you an overview. YC116 = 2014, and from there on it’s pretty easy to work out.

If you have any questions, please feel free to ask! Always happy to explain the vagaries of the nonsense we’ve been knee-deep in for years.

Based on a discussion elsewhere, I feel this link should be added to the list of links in the top post. It’s a copy of the ‘becoming a capsuleer’ stuff from EVE Source, which makes it pretty much essential reading for anyone wanting to engage in roleplay in EVE.

Consider it done. I’ll add it to the FAQ section.

Excellent thread with a great compilation of resources pertaining to Eve Lore.

Bookmarked for future viewing and reference.

@ISD_Starsweaver @ISD_Thalack_Dalhar Pinging you since you both have replied to this topic, though I’m not sure of your administration privilege level - but could either of you look into why I can no longer edit the main post? Would’ve liked to add [Compilation] The Lore of the Jove , and ofc there is room for other stuff there to be updated like player lore compilations as they come… But currently I have no “edit this post” button despite this being my thread.

Not a resource, unfortunately, but the link at the bottom for Khanid Unionists @ https://fiction.eveonline.com/new-eden/lore/khanid is 404’d. Googling “Khanid Unionists” will get you to an article in the Backstage wiki detailing the ancestry, so we aren’t completely lost.