I came back to EVE yesterday after 5 years away, the primary reason being I’ve heard you’re working on a native macOS client (and the secondary reason being I just binged 5 seasons of The Expanse). Granted, I’m playing on a 2020 iMac 27’’ so I have no performance issues even on the Wine client but oh my God EVE going Metal would be a game changer. Kudos to CCP for making this investment!

Any news on the MacOS native client? I’ve got a iMac 2017 and I’d like to use EVE at its full power on native client.

The last update was 12 days ago. It’ll probably be a few weeks before we get another update, as it takes a lot of time to make significant strides in a project like this.

As above - development is continuing and will for a while. There isn’t much more I can add at this time.

I’ve been planning the next playtest and hope to get messaging out in the next few weeks. If you want to join in and offer feedback, keep an eye on this thread / the news articles and I will post something as soon as I can.

Thank you for the worm.

While we wait for the next playtest, could we at least get wine updates. I don’t know the criteria you all use to decide on wine updates, but the 6.* seems promising with some features, specially the added support for m1 machines. (Though I don’t use a M1 as my main machine, it would still be nice to be able to log in with it)

Updating or changing the Wine version always leads to fallout, so we have to be very careful with it. A jump from our current branch, all the way to 6.1 (which is needed for M1) is big. The initial investigation we did highlighted enough issues that we’ll probably not update Wine before the Native Mac Client is released. It would take a significant amount of people and hours away from the NMC project: Engineers, QA, Launcher changes, etc…and that’s before we have to deal with any new defects a change would cause.

I’m still having some conversations about it internally, so I’m not categorically saying “no”, but it’s not a simple binary swap and everything works better than before, sadly.

Thank you for getting back on this. I figured there would be work behind it, but as that stuff makes the few brain cells I have left hurt I tend to ask smarter people.

And I might be reading into what you said to much: but it sounds like the NMC though still has a lot of work to go on it before it is finished, it would be done in the same time frame as moving to a newer wine version, but the NMC would be the better option over all. So not much longer - or as CCP developers normally say, soon™.

We do have the browser client too, though it seems to only allow one account at a time

P.s. you mentioned the QA team. Could you please have them take their comb back through the agency window and specially look over the resource tabs and the ? Marks in black boxes. 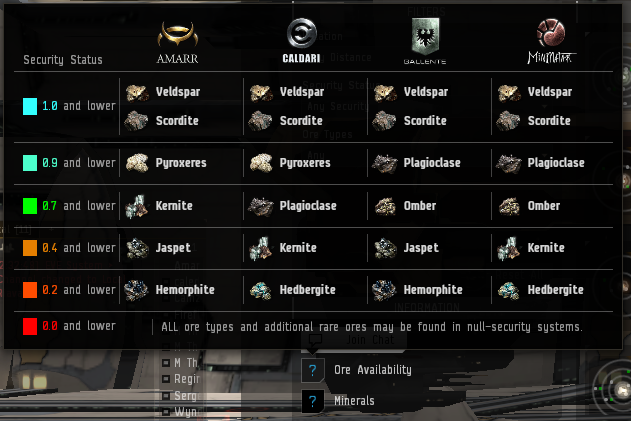 Exciting news! Thanks for the continued work on this, @CCP_Caffeine , and keeping us in the loop with plenty of time to plan taking part in the test.

We have just posted an update about the next playtest + masstest, happening next week: New Mac client playtest | EVE Online

Important: Please ensure you are running the latest launcher version that will be released just before the playtest. You may encounter issues otherwise

I look forward to flying with you in the masstest o7

Now to decide if I will revert back to 10.14 to help test that, or stick with Big Sur…

@WhisperToMe I dunno if you are still running 10.13 or are running 10.14 now? If the latter, it looks like you can try out the native client in the next playtest.

Thank you for considering mojave support. Look forward to checking out the native client.

I have a 2012 MBP on Mojave (I’m not looking to upgrade higher than Mojave any time soon). Reading this, I’ve only seen mentions of Apple Silicon (M1).

My question is (maybe this was put somewhere, or perhaps I just didn’t understand some parts of this) is, will the native client run on Intel apple devices?

Getting the native Intel based client working is a huge step towards the Apple Silicon version though.

This seems to hint that Intel-based is the first step, but just want to clarify.

Other than that, this is great news and I am looking forward to playing on a native client.
o7

My question is (maybe this was put somewhere, or perhaps I just didn’t understand some parts of this) is, will the native client run on Intel apple devices?

Supported systems for the latest playtest:

It is recommended that playtesters run the latest non-beta version of macOS where possible. The client needs a minimum macOS version of 10.14.6, and will work on everything above. For Intel-based systems, your Mac must have a minimum of 4GB of RAM and dual-core CPU @2Ghz. This test will support all configurations of M1 ARM-based systems natively in this release, without the use of Rosetta2 for the client. The launcher currently requires Rosetta2. There is no change for players using Windows against EVE’s system requirements.

Saw the post for the play test next week. AWESOME. I know we give you guys a huge load of ■■■■, but we still love you all and all the amazing things you do.

The native M1 support was a surprise - from all the post before it seems you guys really wanted to push the intel side first and then would have had to go back and make a few updates for the M1.

If you can, on the internal side, how are things looking/preforming. Can we get pics/specs?

I do wonder, is there will be a fresh mirror on test server?

For the upcoming test, I have an older Mac without the 4GB of video RAM (only 2 GB). Would my feedback be helpful anyway?

Yes, that is covered in the Mass Test alert in the test server section of the forum - a new mirror is planned beffore the test.