i hope security is aware, with the number of reports they should be and the fact we have had 2 csm members here means they will be soon if not already.

I want to believe in them, that is why we are here making a bunch of noise on the forums because we are still holding out hope that ccp can do something to help us but i agree, they can make as many accounts as they like and as it only takes a few days to grind enough isk for an injector the time to act is short, if they can make an account, grind isk and sell an item for real world cash before ccp can ban the account and seize the assets then it doesn’t matter how tough the response is. if they can make money like that and they can automate it then they can just keep doing it, sure there customers will get hit too, sure they will loose accounts but who cares as long as they are rich.

because of this security is in the extremely difficult situation of needing to be certain enough to ban an account/ group of accounts from the game within a few days maybe even 1 day of the first report or it may be too late to hit the operators.

I still believe in you ccp, i know you will try to solve this even if it is just for the sake of your bottom line as demonstrated earlier by cixiang. Its not an easy job but if we don’t win here we loose faction warfare, null is half overrun, and the jita bots are still around, where is left for legitimate players?

TQ needs a full restart or a new region where botting is banned and I don’t mean RMT botting banned I mean all botting.

botting is currently banned everywhere within eve, it is a blatant breach of the eula and is punishable by bans handed down by ccp. a new region could be cool but there are currently massive sectors of empty nullsec no one is using, they are defended by null blocks but no one realy uses them.

i’m not sure what a full restart would do and would personally be against it, sure it would wipe out the titan blobs and the cap blobs but groups are tied together by more than that, they would just rebuild from scratch. also as annoying as the super cap blobs can be they are still players (ratting supers aside) when it comes to rebuilding from scratch bots would be even more valuable than they are now and it would just make the problem worse. 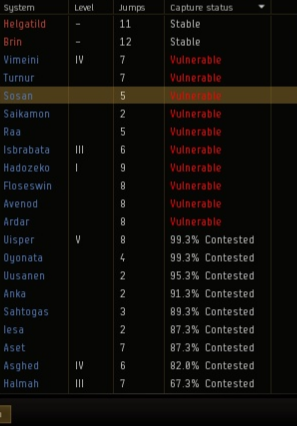 All these systems have been left vulnerable for almost a week now!

CCP WAKE UP! WE PAY YOU MONEY FOR THIS SERVICE! 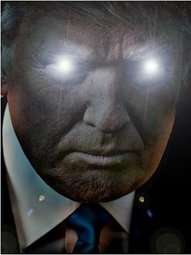 On a serious note, both sides have been working to kill the bots… and have come up with some really ingenious ideas such as abandoning covettes on the Novice complex gates… The bots see them on d scan when they enter the sys and will not warp to the Novice plex ( the bots only use Novice plexes). There are other ideas in the works for dealing with the bots ourselves.

Oh and CCP, players would like to see more rewards for killing the bots… such as higher LP rewards.

Just give the coercer one more mid first

You would still put all webs on it

Not sure I see the relevance, all gated deadspace sites have ship restrictions

That is a very dangerous statement. I think both problems are very much connected with each other.

Basicly I don’t give a flying ■■■■ about FW because I think it is ridiculeously stupid juvenile level gameplay. I do however care about EvE and bots left and right in all venues of the game are destroying it. If CCP don’t pick up their effort to stop this bot investation the game will be damaged very badly, perhaps even beyond repair.

@ISD_Buldath … can we please have this username removed: Emperor God Trump

Basicly I don’t give a flying ■■■■ about FW because I think it is ridiculeously stupid juvenile level gameplay.

…and I was there.

You are absolutely right. Fozzie sov is also ridiculeously stupid juvenile gameplay. I still hope one day Fozzie will see it that way himself as well, and convince CCP to change it.

How are they running so many alpha clients on one computer?

It seems if they could at least stop that they could stop the problem mostly.

95% of them are atrons. I’ve had some success hunting these bots with Asteros, since you can hide on d-scan with your cloak, and only decloak once you activate the gate. The bots have less time to refresh d-scan and detect you.

The alternative tactic is to camp a novice site in a cloaky Astero at 30km, and decloak when a bot eventually enters. Whether it’s worth your time is another question, but it works.

How are they running so many alpha clients on one computer?

It seems if they could at least stop that they could stop the problem mostly.

You can do it too.

That is a very dangerous statement. I think both problems are very much connected with each other.

Aye. An individual botter usually collects ISK for himself, not to sell. To RMT you need lots of bots so you’re more harmful. And while some bots are probably made just to see if the programmer can do it the big ones are sold for cash. Individual botters give up after losing so and so much (since they’re looking for ingame advantage, not cash), the RMT groups continue buying new versions as long as they make enough cash. They’re what is keeping the market for better bots alive.

To add to it, I just learned one of the most active Amarr FW corps is indeed leaving the warzone, and I think pretty much everyone has stopped dplexing.

95% of them are atrons. I’ve had some success hunting these bots with Asteros, since you can hide on d-scan with your cloak, and only decloak once you activate the gate. The bots have less time to refresh d-scan and detect you.

I can kill them in a 2 hour old alpha clone in a slasher and back when they would blacklist anyone that killed them that is what I used to do, make a new bot hunter every day.

Basicly I don’t give a flying ■■■■ about FW because I think it is ridiculeously stupid juvenile level gameplay.

I’d like to know what you consider adult gameplay ? wait I should probably rephrase that but didn’t because I am juvenile.