How does that sound?

This has always been an Alpha restriction.

Starting with the Ascension expansion (15.11.2016), players are able to access EVE Online openly through Alpha Clone state. The Clone state will be determined by your account status. Characters on ...

if there is a client logged into an Alpha account, no additional EVE clients can be started past the character selection screen, independent of their state.

Ah. Thanks. Goes to show that I don’t play Alpha or multiple accounts, so now I know.

I yield the floor

All, good man (sorry if my original reply was unduly snarky, I didn’t mean it that way and made an edit after I read it and realized I might have sounded like an ass).

Now, this restriction notwithstanding, there are potential loopholes such as VPNs or multiple PCs, but that’s a tough thing to fight and can have collateral damage (such as two people in the same location playing on separate computers).

That is actually enforced now properly? For the longest time people were able to use several alphas and omegas at the same time. CCP did something to prevent this but is it effective?

The client will block it on a single computer. However, there are always possibilities to use multiple pieces of hardware with (or without) VPNs to try to get around that.

However, there are always possibilities to use multiple pieces of hardware with (or without) VPNs to try to get around that.

Most botters use software to simulate hardware to get around that restriction and use several accounts on one PC.

I’d be interested to know how common that is and what they might be using. I’ve tried running EVE in a number of different VMs and, even in potato mode on really solid machines, it is an absolute disaster even trying to run one client because of the graphic resource use.

Really…hmmm. Would that be a violation of the EVE’s EULA or ToS? That is to somehow overcome CCP’s multiboxing restrictions on Alphas?

How does that sound?

Multiboxing issues have always been a problem. It’s hard to address broadly because, as stated above, the numerous ways that have been invented to make one computer/IP connection look like multiple distinct ones. If I was to tackle such an issue I’d likely look at broadcasting some sort of background data pattern to the client and seeing which ones echoed it back in certain ways.

While certainly Alpha accounts should be prevented from multiboxing, or boxing Alphas and Omegas together… the bigger question for me would be why you think this would ‘fix botting’?

Botting and RMT was huge business, we’re talking tens and hundreds of thousands of dollars type business, before Alphas were even dreamed of. The big money in botting is made by Omega accounts using Omega skills. The introduction of Alphas has barely made a wrinkle in the botting market.

The big money in botting is made by Omega accounts using Omega skills. The introduction of Alphas has barely made a wrinkle in the botting market.

Naïve, You need to understand what on mass alpha hauler / market / exploration / faction warfare and before the latest patch level 4 PVE missions bots have done to this game. Don’t kid yourself its all down to Omegas. Turn the clock back before Alphas and it was a different story, yes they existed but in much lower numbers. Now, well, there’s little point in doing FW or the market due to them.

Naïve, You need to understand what on mass alpha hauler / market / exploration / faction

Yeah, sorry but Alpha L4 missions and FW are a fraction of a fraction of the total bot/farm/RMT market. Compared to Null ratting, carrier ratting, Rorq mining, heck even nullsec PI + skill farming, these are small potatoes.

Not disagreeing that, for instance, there might be a ton of Alpha bots in FW. Although frankly botting in FW was also entrenched long before Alphas came along. It’s something easy that some regular player could easily bot/semi-AFK with some Alpha accounts to boost the income of his main so he can plex it faster. That is the low-hanging fruit, small time (but possibly high visibility) end of the botting issue.

As said, botting was massive business before Alpha ever existed. Unless you’ve got some data to show that Alphas are somehow increasing the size of the bot impact on the EVE economy by a significant amount (ie, more than 20% say), then I may be naïve, but you’re chasing red herrings.

Botting and RMT was huge business, we’re talking tens and hundreds of thousands of dollars type business, before Alphas were even dreamed of. The big money in botting is made by Omega accounts using Omega skills. The introduction of Alphas has barely made a wrinkle in the botting market.

But with alphas come a lot more opportunities for less established botters to get some profits: l4 distribution missions (because of that we cant do L4 security on alpha now), FW bots, VNI bots, probably relic/data bots as well (these do exist).

Agreed, I suspect that the convenience of free alphas would have us end up with the typical 80/20 type split: 80% of the bots are alphas in low-requirement niches that an amateur botter can run, but earning less than 20% of the real bot market. 80% of the bot earning will be made by the ‘professional’ bots running Omega accounts.

Although, I’ve been paying attention to login numbers, account creation, market shifts etc since about a year before Alpha came about, and the numbers simply don’t indicate ‘en masse hordes of Alpha bots’. Nor have the markets seen major shifts in the activities most affected by botting.

So I’m still left with how the OP thinks addressing a fraction of a fraction of the botting market (multiboxing Alpha bots) is going to fix anything more than 3-5% of the problem.

Apparently, it’s not going to fix anything about Alpha’s botting. 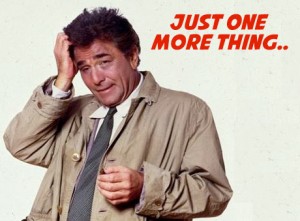 Nor will removing L4-5 missions from Alpha’s, which CCP is doing under the pretense of curbing botting.

Maybe yes, maybe no.
But CCP has got to stop allowing people who add zero financial input to CCP/PA bottom line to freely disrupt the player run economy and reduce the enoyability of the game for paying customers (ie, FW,market, and exploration bots). Obviously either change won’t solve the problem, but it plugs up a few of the leaks that are sinking CCP’s flagship game. Low hanging fruit goals are still positive changes, we just need to encourage that the path to a better game continues.

That’s not the point. The real point is simple honesty from CCP on this topic. If they want to take on botting then just come out and say so and do it. If they want to remove L4-5 from Alpha’s then also just tell us, and maybe offer an explanation like “We’ve given serious consideration to the level of complementary features Alpha players currently enjoy. But, after hearing from our Omega player’s feedback and their incentive to remain as premium subscribers to EVE we’ve decided to make L4-5 missions available only to Omega status players. However, please continue to enjoy the many other complimentary features EVE has to offer to it’s Alpha players. Fly Safe!”