Fix the lockup when a player enters system and decloaks

100 man fleet decloaking on the gate and my computer locks up.

When it finally unlocks, my mouse will have issues… as if its “looping” around, and getting reset at invisible window edges.

Miss me with your “upgrade ur computer” gaslighting. Everyone has this problem. Its a new problem that started a couple patches ago. If your $8000 dollar computer plows through it good for you shut up and move on.

can we at least get the old performance from before the price increase?

100 man fleet decloaking on the gate and my computer locks up.

Thanks for the intel.

What if we do a disco with cloak/decloak?

Since I’m not part of a blob alliance I’ve not run into this.

You realize eve is a game designed and advertized around its large fleet battles, right?
Its one of its marketing features that it brags about, and promotes.

You’re playing the wrong game. You should download CandyCrush instead.

broken people like you are ruining the entire IRL world. You’re not satisifed that you can do your own thing on your own. You’re angry that other people are existing in a manner that you don’t approve of.

You’re jumping up and down in glee simply because you don’t like how other people are playing on the other side of the galaxy where it has no effect on you.

You have a jealousy problem.

Your whole thread reeks of childish anger management issue ranting but others have problems, ok.

i’m complaining about a technical bug that was introduced a few patches ago, that causes client performance issues.

But i’m the probem. Okay sociopath.

No you’re ranting, there’s a difference.

It’s the Goons mantra, you should know this. And yeah if someone makes a rage clown post we’re just going to point and laugh, it’s not different from a “someone violenced my boat, I’m quitting” thread. If you wanted sympathy and possibly help you should have thought of that and posted differently. Choices → consequences.

i’m complaining about a technical bug that was introduced a few patches ago, that causes client performance issues.

You post makes sense, but it lacks credibility until you show us the conditions and the hardware running the game.

Like, were you doing any CPU heavy op during your gameplay? Do you have at least a decent hardware? We don’t know…

Nah CCP doens’t listen to that stuff. They are aware of it. I’m sure theres at least 1 or 2 CCP employees who play the game and have noticed it. I’m sure others have filed reports about this known bug.

CCP responds to public pressure. I gueses i should have expected the official forums to be full of candycrush sociopaths though

My computer can run 4 clients on max settings just fine, and did regularly for years. Nothing has c hanged.

A few patches ago they added a pause when a player decloaks on a gate, or is jumping out of a gate. One person jumping isn’t really noticeable. But 100 players jumping is absolutely causing pauses.

Even right now with 1 client running, all graphics options turned off it still locks up when a fleet jumps a gate.

Its a known bug that was introduced a few patches ago, and it effects everyone.

Moved thread to Issues, Workaround and Localization board

From your post, it appears that you are concerned after experiencing a player encounter.

Pilot, rest assured, there is absolutely nothing to fear!

PLEX packages, available in the online store (which accepts most credit cards and PayPal), come in various denominations at various price points. The PLEX can be used to pay for your Omega subscription, or it can be sold to players for millions of ISK, which can be used to buy ships, modules, Skill Extractors and more.

Remember, the more you buy, the more you save. Getting back into the action with as little downtime as possible has never been this easy! 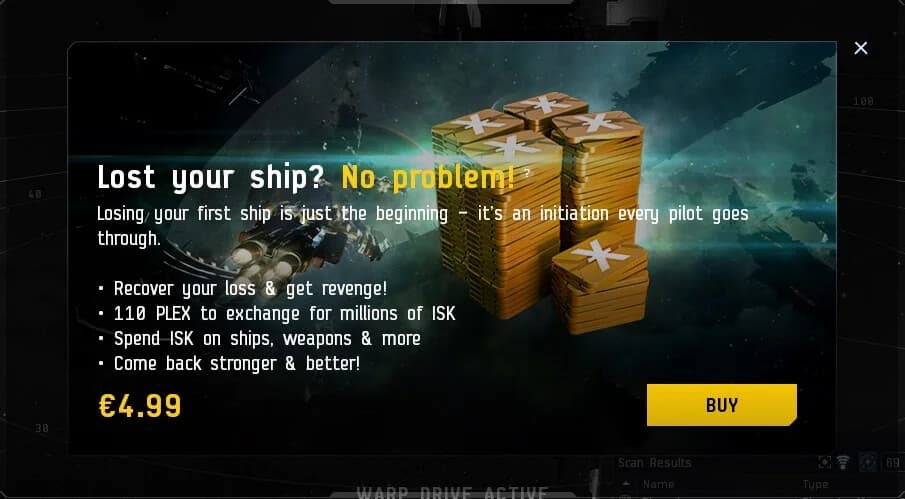