Hello,
before doing anything else I just need to know - is this feature permanent?

I almost made peace with the fact that those FOB NPC gankers scram and blow at high-sec belt my only Mackinaw I flew for like 4 years without accidents, making me turn my attention to different out-of-game activities, now I was almost ready to proceed and move on despite the fact that I dont really like when I have slight chances to escape the gank (not saying about avoid it), but yesterday when I was doing SoE epic arc, those FOB NPC locked me when I undocked and started to shoot at me.
Today some players in the chat say they even attack and destroy pods.
All I need to know is this permanent development and not an experimental feature that may be cut off in the future.
Also, please let us cut this time usual comments ‘eve is not for everyone’ ‘go back to wow’ ‘consent to pvp when undocked’ all that stuff, you know what Im sayin.
Thanks in advance.

It is a permanent development and as far as I am concerned fun. I hope it stays and that people like you will join up with others and blow the FOB’s up. I have so far blown up three of them, two on my own which are not on my killboard and another with someone else. They are hard and you have to invest in the right ships to do it if you are solo, otherwise it is great hisec fleet combat.

Yes they will pod you, they also attack Upwell structures too, they are part of a living breathing Eve which I am happy to see.

And you will never get go back to WOW from me.

Is it Gurista’s or Blood Raiders, Gurista’s can be done in a passive Rattlensake solo, but has to be a meaty fit. I have only done the Blood Raiders and that is a bit fraught at times. There are methods to do them and of course people who will do them for a fee.

Okay, thank you for answers, I got what I needed.

All I need to know is this permanent development and not an experimental feature that may be cut off in the future.

Probably? No one likely can tell you but CCP and even they probably wouldn’t want to commit to changing it or not changing something in the future.

Personally I like that these entities behave more life-like and there are consequences for your actions. If you endlessly farm the poor NPC pirates, you should experience consequences for your actions. The neat thing is these guys won’t touch you if you have neutral or good standing with them. Some even will actively help you! I get that might not be your cup of tea, but I think they are working as intended and aren’t going to just be removed.

That’s probably not the answer you were fishing for, but I doubt you will get anything more definitive. Fly safe wherever you end up!

I have to admit that I was not really paying attention to them and went out with a Skiff and an Orca, so I got dropped by a frigate fleet. That was a pretty intense battle, I had to clear off the tackle frigates to get out, it was a bit fraught and fun, I had a remote repper on my Orca which enabled me to keep the Skiff alive and when I got out my Orca was down to 30% Shield. I really enjoyed it, it was like PvP.

So I then found out that there was two FOB’s in my system, I was like WTF, so I started to look at what details I could find and did some theory crafting. But initially I was skirmishing with the blighters in AF’s and HAC’s, I almost lost two AF’s in one very difficult fight. But I had some fun PvP like combat with those fleets which gave me a hell of a buzz.

But after that I decided that I needed to remove them so I used two bling fitted Nestors, and I have now upgraded one of them to a Leshak, just doing the T2 guns on that as I speak. Look at it as a fun challenge to add to your gameplay.

But some people only want to mine in peace! Cant anyone understand that!

Actually, you have to pay attention to what is in the system, use Agency window for that. Move somewhere else to mine when they are in system.
If they are on undock, you can dock back. These rats warp around, will warp out after some time.

Those FOBs are also a good way to keep someone from logging on. Good job!

The Agency window is not actually accurate in terms of that, what I do is routinely probe for FOB’s Or send a scout into the belts to see if any diamond rats are out and about before mining. It is not exactly difficult and it is like most things in Eve if you do what you need to keep safe, you are safe.

The example I gave on my Orca and Skiff was that I did not think and got myself into a sticky situation that almost ended up with two nasty losses.

They are hard and you have to invest in the right ships to do it if you are solo, otherwise it is great hisec fleet combat.

Is it? They are boring and annoying. After you drained their cap, the structures themselves do nothing to bother you any more. That’s 15 minutes in on the destruction. Afterwards you sit 1 hour until you wore them down with 2 attacking ships. That is fun?

Not to mention the stupid notification spam when they attack structures. One of ours was recently attacked and I have 240 notifications. That is fun?

And the reward for doing them solo? I get 20M ISK for completing them with 2 ships. Plus the module drop, which is another 30M if you are lucky. And you have to get the right spawn or else you are toast and the billions you invested in ships is gone in an instant. That is fun? I have also destroyed 3 sofar and thus made a total of 190 Million ISK by investing in excess of 2B for the ships. That is fun?

FOB do not offer anything fun in terms of PVE. They are nothing but a major nuisance. They are a boring, unrewarding grind. In other words: They are the perfect introduction into Upwell structure combat. That is the only redeeming value they have.

Love it when high seccers complain about PvE.

I am not complaining about PVE. High sec PVE is so much more interesting than null sec PVE. You don’t just run 1 and the same anom day in, day out.
I am, however, making available my experience with a major nuisance that was introduced by CCP and then abandoned without either improving the feature or expanding on it as it should have been. When these scrubs introduced Abyssal space, they should have just turned off FOB.

I’m a WH guy. Null sites need more danger to them like FOBs and the reward for a high sec FOB is removing that threat not the isk.

20m+ per character And what you made and spent is roughly in line with me with the drops. Having said that this is the benefit:

and the reward for a high sec FOB is removing that threat not the isk.

I am fine with that

The rats can warp scramble you and if you are in untanked orca, without good drone skills and some medium tech 2 drones, they can even destroy your orca.

There are 3 types of NPCs that will want to mess with you:

…if you have neutral or good standing with them

Foul blasphemy! There is only one proper interaction with those depraved blood-cultists: 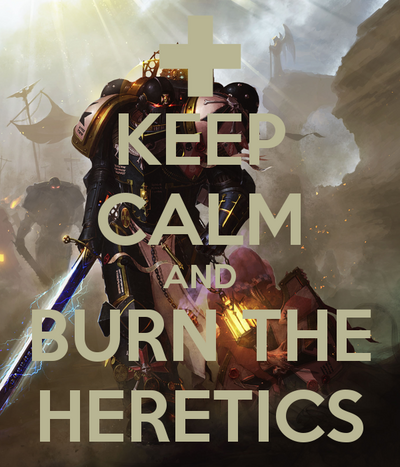 Those FOBs are also a good way to keep someone from logging on. Good job!

They are also a really good automated bot fighting tool.

I’m a WH guy. Null sites need more danger to them like FOBs and the reward for a high sec

We have the sotiyos. But, they’re kind of scattered about and incomplete.

Risk Reward balance.
If people are expected to take on a huge risk there should be a suitable reward.
FOB’s do not have this balance, there is no huge reward for removing the threat, it’s not like Highsec makes bucket loads of isk.

That said the problem is the scaling.
They need something like 2-3 times the initial spawns, some of them with far longer ranged weapons to make the solo kiting VNI not a good idea.
And far far slower scaling as you add more ships. Or totally remove the scaling.
Then doing them in a T1 fleet of 5-10 BC/BS+Logi becomes actually practical, and you aren’t punished for adding pilots together.