FOR HILMAR: MESSAGE TO THE PAST GLORY OF NEW EDEN!

Last night, I was able to attend in spite of myself as a fan of New Eden for almost 19 years, to a tragedy.

Ully Loom, my main character since always, has definitely switched to an ALPHA account. And he will never come back to an OMEGA account again. This is now my final decision as a customer, in view of the abuse of economic dependence meticulously fomented by your services at CCP.

This character weighed nearly 75,000,000 skill points at his peak; it’s certainly not a feat in New Eden, but it’s a reasonable score after 19 years of loyalty, especially when you don’t neglect your private and family life for a simple online game; a fair balance in the service of reason. All of these skill points were earned under the old CCP rules; at the time, I paid my subscriptions to CCP on a yearly basis, and my skill plans ran 24 hours a day as soon as a subscription was honored and active, with sometimes more or less long periods of inactivity, in particular when my IRL work required me night and day.

From memory, I never put the least euro in the PLEX that I bought only in ISK lately, in order to compensate for my previous investments by means of monthly subscriptions entirely self-financed, and this unlike my son, who inevitably joined the game much later thanks to me, has several accounts, and has wrongly invested in PLEX thinking he is going faster, and this despite my numerous warnings; today he too is disgusted by your company’s iniquitous attitude towards its customers.

Ully Loom weighs only 15,000,000 skill points today after a race against time and a forced restructuring following the announcement of the inflation blow of CCP.

So I extracted 60,000,000 skill points, i.e. the equivalent of 120 extractors in all, bought around 400 million ISK each on average on Jita, the injectors being resold around 650 million each on average , net of taxes (God knows there are some), i.e. a margin of around 250 million ISK per injector sold, the bulk of the extraction having taken place in the last six weeks, and in particular yesterday evening after the ALPHA changeover which required some adjustments in order to reduce to a strict minimum the remaining skill points rendered unusable due to OMEGA restrictions; in my case, some 380,000 extra skill points are now permanently lost.

Q. A hundred skill books that have now become totally unusable will remain forever in Ully’s memorial library, such undeniable proof of the commercial mismanagement orchestrated by CCP over the past ten years…

About ten of these injectors also allowed me an accelerated reconversion of my character over time, i.e. 1,000,000 skill points also lost (100,000 per injector), maybe more, I don’t know exactly; there always comes a time when we no longer count out of fatigue, we act…

Ully Loom will never fly in Obelisk, Kronos, or Moros again. All of this has become ancient history according to the same goodwill of CCP with its presumably narrow vision.

This character converted into Mordu, will remain where he is in high-sec, and this only out of nostalgia, i.e. for the occasional pleasure of a few Lvl 4 security missions in Barghest, or mining session in Megathron Navy Issue equipped 100% ORE; the equivalent of a Hulk in OMEGA to get an idea; that’s pretty decent for a 4 billion ship when fully equipped; my Barghest weighs more than 4 billion ISK fully equipped and is supported by a set of full armor implants, including amulet implants, worth more than 2 billion; I only have one hyperspacial clone left on Jita if needed.

Q. In my case, the low-sec is long over anyway…

I also restructured all my hangars so as not to miss anything during this new era of free. And believe it or not, we can perfectly have fun in ALPHA!

Because of all the harm your utterly incompetent marketing departments have caused over the past few years, sometimes even at the cost of permanently losing friends in the game out of disgust, I will never give your company a penny again; I think I have done my part in 19 years.

Here then, dear Hilmar, is one of the consequences of your business strategy worthy of the worst horror films.

And because you never make an omelette without breaking eggs, right, eh! I wish you despite everything, good continuation in all your projects.

And also: thank you for 2003-2009, a period of New Eden which will remain forever etched in our memories…

So. Try To Fly Safe Again. Or not.

Jeez, how many of these whining geriatrics are we gonna get? It’s like the 5th one this week.

How does a person live to be like sixty years old, have a career, children, and in general a life stable enough to enable them to play games on their computer, and the biggest tantrum of their life is about a company raising the price of its product by five bucks? If that’s such a big deal to them, shouldn’t be they setting themselves on fire and jumping out of the window every time Brent Crude jumps up another 20%? It just makes no sense.

Also, the whole thing is written like a 7th-grader is trying to impress their English teacher by using a dictionary to find as many synonyms over three syllables long as possible.

My CCP shill detector caught something.

My poor detector caught something.

My zloss doctor diagnosed me as being certified snuggly.

My metal detector caught some loose change hiding in the grass. I might use it to buy some plex, or maybe a coffee; I haven’t decided yet,

This OP is a dire warning never to get too invested in any game. MMOs increase the risk factor.

Don’t get torn between leaving or not leaving.

Only if you sub or PLEX to be Omega as L4s are Omega restricted since quite some time. Though if you are just doing it for the sake of it maybe L3s will suffice as well which are Alpha available still.

@Jumpdrive Wise words, thank you.
I do feel for OP, the level of disappointment is through the roof so clearly expectations were high, and at the same time I cannot conceive of 19 years of subscription to an online game, something that doesn’t reside on my hard drive with assets in an account that ultimately I don’t own.
When I downloaded EVE Online I did what any reasonable and sensible person would do: inform myself. I was immediately drawn in by New Eden, CCP, CSM, the Market, the Lore, pirates, Scarcity, Miners and all the politics, capsuleers, backstabbing, turncoat propaganda like some daily soap opera in-game and on the official forum.
It makes me laugh often but hreads like these aren’t so uplifting and really underline the snags of lending too much emotional energy to things as unreal as what amount to 1’s and 0’s transmitted by a server somewhere.
I don’t see how a game developer is responsible for all the blame in OP. I would hope OP would’ve made investments in the game with all information in hand. Hindsight is 20/20 but I would think 18-some years and all the red flags would’ve been enough time to get disenchanted much earlier, like before thousands of hours and dollars were spent on basically air
If a game developer’s task is to make a game feel real, I guess a player’s task is to remember that it isn’t real and just a game, a game they do not own, and to act accordingly.

There was a time when you had to be subscribed to post on the forums.
I guess this is more interesting, but it is getting repetitive.

“We have found the forum’s to be overzealous and we feel that it would be much more of a constructive place if people invested in what they said. As such we are introducing forum credit’s your form account gets linked to your eve online account where you deposit plex and receive a limited number of messages.
Omega receives 50% more messages, Omega is key people.”

You like giving them ideas eh? Sure thing then: Omega posts receive a bright flashing colorful border around them, a special badge next to the poster’s name and a unique post background (post SKIN) and will receive 5 auto-likes when posted from random forum members.

What about gets 1.333 likes every time someone presses the like button as omega that way the decimal people will stand out xD just don’t say cat ear’s on the heart or people might actually do it.

This character weighed nearly 75,000,000 skill points at his peak; it’s certainly not a feat in New Eden, but it’s a reasonable score after 19 years of loyalty

After 19 years you should have (roughly, due to changes over the years) over 200million SP.

What? Skills train even when you’re offline.

So I extracted 60,000,000 skill points, i.e. the equivalent of 120 extractors in all, bought around 400 million ISK each on average on Jita, the injectors being resold around 650 million each on average , net of taxes (God knows there are some), i.e. a margin of around 250 million ISK per injector sold, the bulk of the extraction having tak

So you extracted your main because you were going Alpha? What?

This character converted into Mordu, will remain where he is in high-sec, and this only out of nostalgia, i.e. for the occasional pleasure of a few Lvl 4 security missions in Barghest

“I hate CCP so much I bought 120 skill extractors”. I’ve said it before, Ully isn’t the brightest.

Yes but those extractors come from somewhere. The EVE store.

Yea ofc he is still paying ccp to quit

and make a moderate statement at the same time.

To be fair I did a similiar thing when I was pissed at ccp 2 years ago when I doomheimed my 110mil sp char and had to start from scratch with no sp or isk 3 months ago. Just didn’t post about it like op lol.

So I’m saying this from experience OP you will be back and you will regret this deeply.

Considering making a new player guide at this point lol. 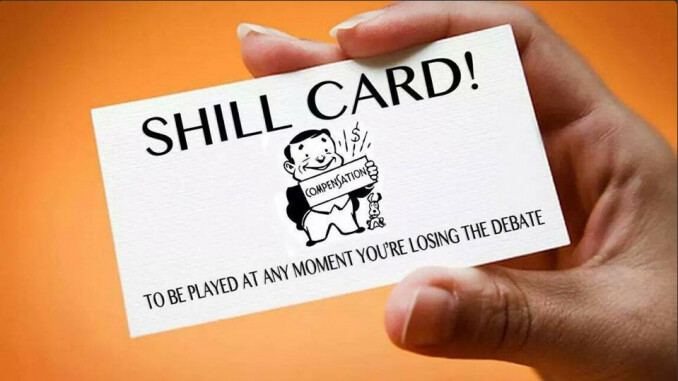