Hellmar says we should make retirement money from games 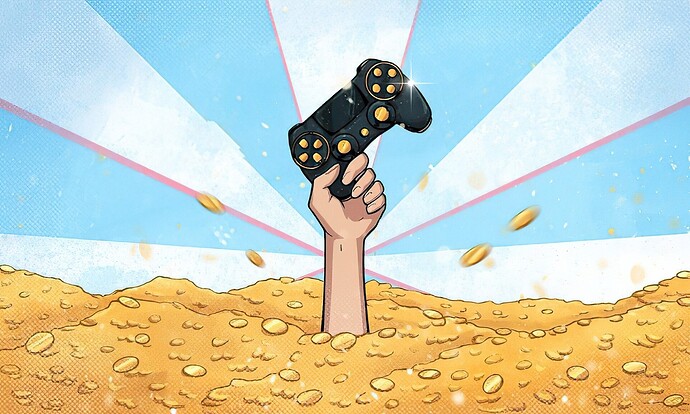 The CEO of CCP Games is adamant the industry should evolve to allow gamers to make retirement plans by using the money they earn from games.

He says a lot of things, he’s Fearless.

But Hilmar is steering the EvE Boat, so que sera sera I guess…

Think about how fun they will be to kill, though.

And think about how fun it will be when CCP starts getting forced by actual governments to reveal the identities of players so that they can receive subpoenas after destroying/scamming someone’s “retirement fund.”

“…And could you tell us how you lost 80% of your retirement fund?”
“I invested it in rare, one-of-a-kind ships, your honor.”
“Were they destroyed by another player, or taken away from you by force or through a scam?”
“No, your honor.”
“So how did you lose the majority of your investment?”
“They made more of them.”
“Who did?”
“The developers of the game, they made more of those rare ships, and the price went down.”

This has to be the dumbest thing he ever said, right? …right?

Not really, if there’s ever a game where it would make sense it would be EVE.

I made a pretty penny selling gold in the Diablo 3 real money auction house. I’m sure I could do the same here.

It’s not just D3 that’s full of suckers ripe for harvesting. No one over there falls for gold doubling. And everyone - it seems - falls for it over here.

Fish in a barrel.

This was discussed on the EVE FB page as well.

The dumbest idea ever.

IF such a thing ever happened it proves all this crypto/NFT stuff is pure tulips.

ps- FWIW- A couple of months ago a guy on the FB page claimed he was forced to pay his ex-wife RW $$ for his game assets as part of his cyber/crypto holdings.

I hope he’s right and I wish his believes, contribute in making a greater good for everyone. Best wishes for CCP, it’s employees and this beautiful community. Without you, this would not be possible.

A couple of months ago a guy on the FB page claimed he was forced to pay his ex-wife RW $$ for his game assets as part of his cyber/crypto holdings.

Omg I remember that

Not really, if there’s ever a game where it would make sense it would be EVE.

I believe Second Life’s been doing it for over a decade, although it’s not as profitable now as it used to be.

We have conducted research related to NFT and blockchain as they are based on a decentralized system, which is similar to CCP Games’ operation.

Does this man even know what EVE and its underlying server tech is? WOW is more decentralized than EVE. The only thing that one can trust that Hillmar understands is how to drive something into the ground. And that would for sure include your retirement plan.

Yes, both Second Life and Entropia have produced dollar millionaires from land ownership. Other people have made good money on other activities.

How many times can one greedy git sell a thing?

I would suggest not to take everything my avatar says seriously…

Second life gets away with it because you actually make and sell the in-game assets yourself. Entropia doesn’t get away with it. It’s a gambling cesspool where the only people who make money are people who are rich to start with. Almost nothing in that game is profitable enough to live off of. On top of that, “making money” is the only reason why you would bother playing this game, because it has not advanced past the year 2006 and has no story or gameplay worth having affection for.

If RMT came to eve online, it would actually be worse. Nine out of Ten co-currents will be barges from Nerdy Scrooge McDuck with his thousand-strong VM’ed mutibox fleet with automated mining scripts that CCP will do nothing about.

You’d make more money working at Hardee’s unless you are said Scrooge McDuck.

Hilmar says we should make retirement money from games…

That miserable con artist can’t come up with anything legal to grow the EVE population so he’s going the way of Hoffa and Capone.