A shot from the latest EVE Enhanced Sensory Experience video: 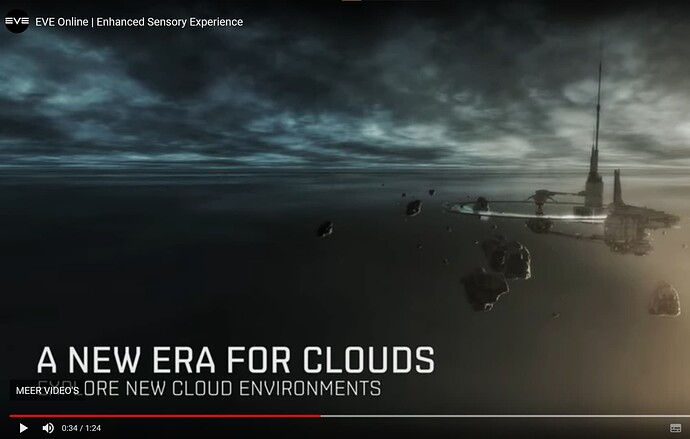 But can someone please explain to me why the clouds (see picture, or metaliminal storms, or Pochven skybox) in EVE have a horizon that makes it look like you’re flying in the atmosphere of some planet, rather than, you know, flying in space?!

I’m just really really confused to see horizons in what is supposed to be 3D space.

Spaceships in atmospheres with submarine physics?

Whatever. It’s silly, but I also know that some people like purdy stuff to look at.

I’m just really really confused to see horizons in what is supposed to be 3D space.

Thats usual sight in pochven. I dont think it fits in space, but there may be different opinions.
I think if they would add ocean and some beach with rocks at least, and allow us walking on the surface of planets, It would fit right there. 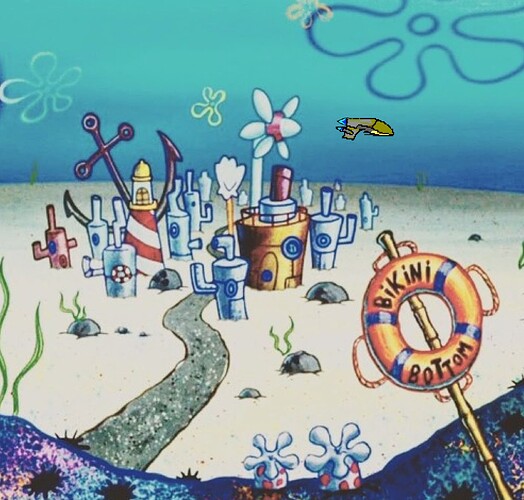 You can imagine that those “clouds” is actually a nebula and that the scene is under that nebula, making it look like clouds.

I see a similarity!

Does this mean something is hidden at those horizons which will expand during the next narrative arcs?

But more likely, some developer was tasked to create clouds, then searched “how to design realistic clouds in a game” and then went with one of the prettiest latest techniques resulting in the best looking clouds…

EVE is not set in an atmosphere but is set in 3D space.

Such mistakes happen, but what surprises me more is that nobody stopped him, but that they all went with it. Is there no one else who noticed the horizon and how it is insane to have a horizon in space?

I think there may be Hilmar hiding, mining for a titan.

You can imagine that those “clouds” is actually a nebula and that the scene is under that nebula, making it look like clouds.

there still is zero reason for those parallel planes of nebulae to be on the horizontal axis in 3D space. There’s so many angles they could have picked.

And then applied it to EVE.

Forgetting that there is no such thing as a point perspective in 3D space and that it makes zero sense to make clouds go smaller the closer they are to a certain plane, or to have that plane be the horizontal axis ingame.

there still is zero reason for those parallel planes of nebulae to be on the horizontal axis in 3D space. There’s so many angles they could have picked.

Definitely, and the horizon line dont have to be straight, like at sea. Can have wavy line, there are no reasons why not, if its a lot of gas. Its simplicity doesnt impress me.

instead of those horizons I would like to see such things, while being inside of them. I think there are ways to make them procedurally, and not like our space nebula backgrounds that they will be images. Rather graphical effects like those clouds.

It’s same silly effect as winter nexus storm effects. It was introduced with a event or first “meta” storms (whatever landed first). Nothing more that imaginary clouds on top and bottom of screen while everything else is in blank space in middle. Well, at lest there snow is no snow falling backwards this time… I think same thing is used in pochven.

Yep I’ve noticed and posted about it before.

Seeing these horizons in EVE is like encountering a high resolution Tomas the tank engine in Skyrim, it may look pretty, makes me laugh and is completely out of place.

Of course, whoever followed the ‘realistic clouds tutorial’ must have noticed something wrong when those clouds only appeared above the horizontal plane, which of course isn’t suitable for filling a 3D skybox. Luckily someone smart probably suggested to mirror the clouds so that they also appear below the horizontal plane.

Yet nobody questioned the horizontal plane. In space.

there still is zero reason for those parallel planes of nebulae to be on the horizontal axis in 3D space.

Maybe Hilmar will emerge and eat your ship.

Maybe those horizons happened the same way that rings are formed around planets. over millions of years waves of micro-gravity going in a circular pattern has carved out that horizon line.

You shouldnt try to explain to yourself anything like that, when its clearly creation of the FX artist, creation that was not produced with any realism or real object representation in mind, it had to be pretty only. If they would first get a real object and try to create its representation in game, with a bit of colour shift or randomization of shape, then you could say that it was something you know. Right now its creation that was intended to be pretty. I dont think there is any realism thrown into it. Its just clouds in space that are divided in the middle by en ampty space.
By being inside the disk, you would see something like from earth, we are in a milky way which is a disk. 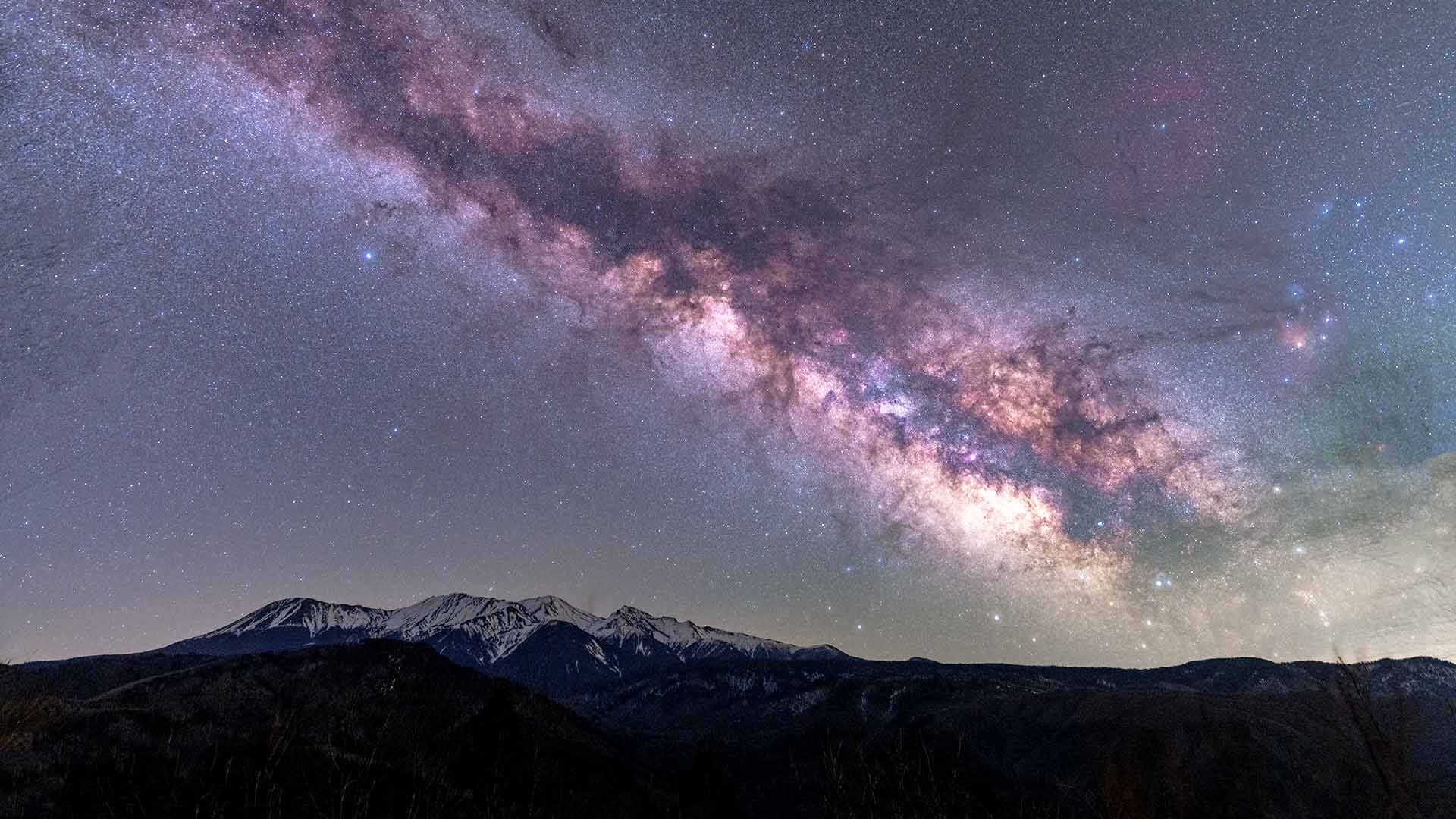 The densest portion would be the horizon, it would be also the most opaque part, not like in the FX artist creation that you can see upper and lower planes meeting each other in such a narrow line. It would be obstructed by dense portion that is closer. The upper and lower directions from horizon would be less dense and you could see more thru it.

You could form a disk out of cotton wool, place small led light inside it, and then place phone camera inside of it just beside the led light, then make a picture in dark room, with led light turned on.

I admire your knowledge of photography, also great picture,

but also, Space is vast, we don’t know what is out there everywhere, that and New Eden is a completely unknown to us normie humans, so for all we know this is how it works out there.