How Can I BEST Help New Eve Online Players? :parrotdad:

How Can I BEST Help New Eve Online Players?

Serious question. I’ve played this game for a very long time and have tried everything. I have more I💲K and time now to give back to the game. I’ve tried moving cheap frigates to the Noob systems but someone just buys them and jacks the price up.

I’d like to see people stay with the game.

Some peeps are saying that you have to gank them but I dont know really.

have to gank them

Put a mobile depot in every system that says Welcome to xxxx where xxxx is the name of an ajoining system.

Years ago I use to form fleets with new players to run exploration sites. While I was scanning sigs, I’d have them run anomalies. After I got a few sigs bookmarked, I’d switch into combat ship and we’d all run them, including the escalations. All regular loot, unless someone needed a specific item, and salvage would be sold, items with no buy orders would be reprocessed into minerals which would also be sold and then the ISK would be split up between them, I kept all Faction / Deadspace / Implant loot.

Could probably do the same with missions.

Interact with them! Show them the ropes, answer their questions and give them ideas what they can do.

EVE is a rough universe, but it will help newbies if someone is there to show them how it works.

Just don’t give them ISK, it will teach them that the fastest way to get ISK is asking other players.

You must have a very sad life.

Creepy amarrian portrait.
Great use of lighting.
The bad, horribly bright hair really ties it all together.

I don’t really think they need help. That perspective isn’t helping anyone.
It assumes they require help and that’s unlikely to be the case.

Instead, try asking “How can I raise retention rate?” …
… aka “How can I make new players more likely stick to the game?” …
… and that’s actually easy to answer!

Thank you. I really appreciate your response. Those are very good variations to what I’m asking. Eve is the most extraordinary game in the World. I mean that. I’ve played since May of 2003. I’ve weathered many a storm and have stuck with it because I love the game.

*I hate beggars in local.

What led you to that conclusion?

As @DeMichael_Crimson and @Gerard_Amatin both mentioned interact with them.

In short, talk to them.

It is difficult, I know. The game’s reputation for cut-throat play is working against you, so new players have a reluctance to use chat in the starter systems; but this where persistence comes into it’s own.

Just move into a starter system and start typing, do it about the same time…each time/day so new players, who’ve witnessed your previous “chats”, have a chance to become accustomed to your presence. After you become a “known” personality older newbies will vouch for you with the newest of players.

It is difficult. You may have to have a running monologue going for several days before anyone “bites”.

But, it will work.

I knew one vet who did this for months. He “lived” in the Trossere starter system. Everyone in Trossere looked forward to his logging in and just chatting. That’s all he did, just chat. I knew another player who ran a very spirited “coffee klatch” and after all the chat would lead anywhere from a half dozen to a dozen new players, each day, on a roam through low sec, in the most kitchen-y of kitchen sink fleets. Most of the time they were all blown up. But, they would log in the new day and tell the rest of us all about their adventure. This vet did this for months as well. Conversation was all it took to form a bond.

What is difficult is to be persistent, when no new players respond initially. You just have to keep at it and not worry about appearing eccentric.

Also, Count Vlad Tepes as a name, and your chosen photo work against you, afterall who’s going to trust Dracula?

Another thing I use to do with the new players I fleeted was to check their ship fits first before undocking. If they had a poor or bad fit, I’d explain what wouldn’t work so they could have a better understanding for ship fitting, then I’d donate ISK to them so they could get the modules needed to make a good fit.

Once everybody was set up, we’d undock and I’d warp the Fleet to various systems that I knew had a high chance for exploration sites.

What I do when I want to help newbies is to join the rookie help chat and answer questions. You may see the occasional troll there, but if enough people consistently provide useful answers there it will help a lot of newbies find their place in the game more easily. And sometimes it really helps to open a personal chat when one of them seems lost.

Also, Count Vlad Tepes as a name, and your chosen photo work against you, afterall who’s going to trust Dracula?

I actually like the name and the portrait is excellent, it’s very fitting and reminiscent of Eve’s glory days…

Years of reading your negative comments.

Also, Count Vlad Tepes as a name, and your chosen photo work against you. 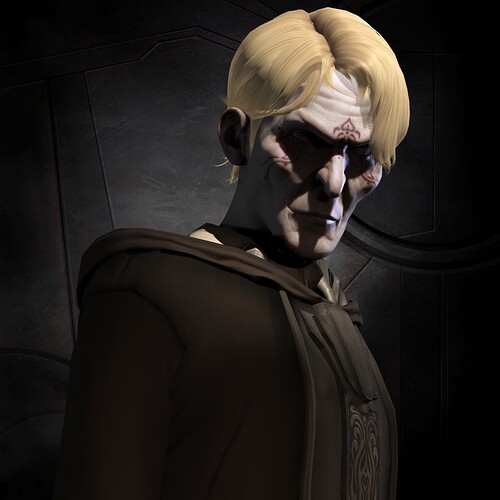 I’m pretty sure he was just playing around, and not being negative.

That’s blasphemy. What are you trying to do, ruin my last business opportunity in Eve?

How Can I BEST Help New Eve Online Players?