How does one remain calm and not 'salty'

Ok, so an alt lost a ship yesterday to a gank. I was fuming and tried not to show it, but I guess I was a bit pissy.

How do you not be pissy and tell the other pilot what you think of their actions?

Id like to be more ‘gf’, rather than ‘for f*cks sake’, but its very difficult.

Any hints / tips to make me a better, less bitter, player?

You are not obliged to say or post anything in local in response to a win or loss.
You can also just ignore any attempt by the attacker to contact you and bait you into giving him some fun.

Take a deep breath, understand what happened to you, learn from it and move on.

Don’t give them the satisfaction of your bad reaction to the kill.
And that take self control.

The best way is to change your mindset by realizing and if needed reminding yourself to recognize this is just a game, losses are part of the gameplay experience, the time you spent on your space pixels just as the space pixels themselves are meaningless and have no worth whatsoever thus nothing of value was lost. Think of it as reading a book or watching a movie where sometimes bad things happen but it is all part of the journey, just embrace even your losses, learn from your mistakes if there is something to learn and move on as usual.

With this mindset you will not be angry even if you wasted your time, effort and space pixels in general and will be no issue throwing a gf in local if you want to, but ofc it is completely your choice if you want to or not don’t feel the need of it nor feel bad if you don’t.

So in short don’t worry about space pixels in a spaceship pew pew vid’ya game, this is all part of the experience.

One thing that helps is making it not to hurt financially. Keep exposure cheap in relation to your wallet. Learn as much as you can about the mechanics and people around you to get into the position to have control on most of the situations. Then somebody able to catch you deserves a GF.

It helps me to appreciate the difference between them out playing you and you making a mistake.

If it was difficult to get you and they still managed; then take a moment to congratulate them on the kill. Learn from the experience.

If it was easy to get you then it was your mistake; then take a moment to work out what went wrong and learn from it.

For example is someone shoots you on the Jita undock then it is your mistake, you can easily use an insta-undock bookmark to avoid this. Now you only have to be angry with yourself.

On the other hand, Having lost hundreds of ships I can confirm that sometimes you just have to turn off, walk away and have a moment to get over the really stupid mistakes. This happens to me with supprising regularity.

I don’t quite get you, Ima.

If you’re butthurt, be butthurt. Though it’s probably more useful to have a go at yourself than at the ganker, for it’s likely you messed up somewhere along the line.

Here’s a tip: the chemicals which course through our bodies when we get angry are like boosters in EVE. They have a life-span. The anger chems are effective only for a few seconds.

We stay salty because we keep going over in our minds what’s just happened to us, and each time we do that, we’re flooded again with those chems.

Be salty, then set the incident aside.

then take a moment to congratulate them on the kill.

Not if it was a gank.

Even if it was a gank.
You did something wrong in intelligence or fitting, there was someone more clever. That deserves some respect, no matter how pissed you are.

To cool down, I offer the killright for 2m ISK. Sometimes it worked and the char was killed shortly after.

You didn’t read what I said, if they outplay you then congratulate them.

If you get ganked that’s your mistake. Ganks are avoidable.

Thanks everyone for the advice.

It was definitely my mistake, looking back on it. So ill try not to make that mistake again.
Ill also congratulate my killer IF its an honourable fight, and ill say nothing if its a gank. Dont want to feed their egos.

By the way speaking of Jita, if you check the zkillboard of my Jita thief alt below you can see you can have lots of fun in Jita flying cheap expendable stuff. You can steal and/or shoot stuff and sometimes get blown up as well, all in good fun.

Can also check this article for some more info if interested:

A short summary about fishing in Jita.

Well, I knew before I even stated playing that Eve was a dog eat eat dog game. Moreover, Eve University made me realize very early on that my losses were my own fault. Thus, I never got mad at other people for killing me. I didn’t lose a ship because someone was being an asshole -I lost a ship because I ■■■■■■ up, and someone else was able to capitalize on my mistakes. 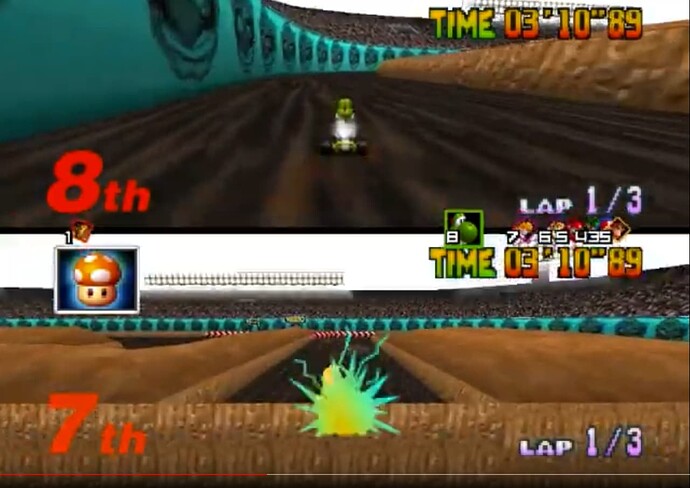 So, I just don’t view getting killed as something to get mad at. It’s the nature of the game being played. I mean, it would be like getting mad at someone for zorting you right before the jump in Wario’s Stadium. First, we’re playing Mario Kart - which lends new meaning to the phrase, “play stupid games, win stupid prizes.” And second, if you aren’t watching other people’s screens, then you deserve whatever you get. Amarite? 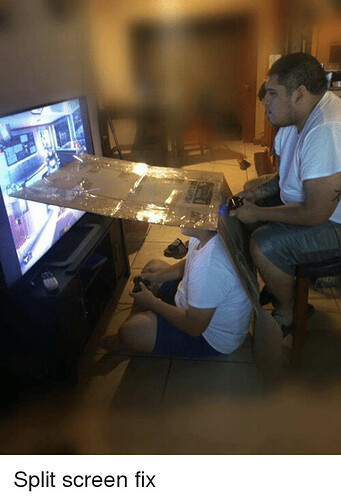 So yeah, I just don’t get mad when people kill me. It’s the guys who act like dicks socially that I have a problem with. I mean, I can understand how people can get frustrated, and Eve’s harsh death mechanic can certainly make mistakes quite painful, but there’s really no reason to be a dick to other players -whether they be your victims, your teammates, your competitors, or even your killers.

Anyway, don’t get mad when you lose a ship. Instead, trying to figure out what you did wrong, and what you can do to prevent that happening again in the future. Because the real loss isn’t losing a ship, but failing to learn from your mistakes.

go out and gank people yourself. you know, spend a day in their shoes and all that. once you see someone blow up at you, you will see how pointless it is and find it far more cringe to do it yourself.

I have quite often sent a ‘well done’, even to gankers

If you are new AND open minded, and start a convo like “hey, how were you able you kill me that fast? What did I do wrong?”, chances are good that you receive some tips and perhaps even some ISK. EVE Vets who had fun can be very generous

But to be honest, around Jita players are way less kind than in remote areas.

That’s not true at all, players in Jita local sell you Geckos for only 1 mil and double your ISK, very generous if you ask me.

If you are new AND open minded, and start a convo like “hey, how were you able you kill me that fast? What did I do wrong?”, chances are good that you receive some tips and perhaps even some ISK. EVE Vets who had fun can be very generous

I’ve done that too, gotten some good tips and even some ship replacement isk.

start a convo like “hey, how were you able you kill me that fast? What did I do wrong?”, chances are good that you receive some tips

It’s kind of funny, but even “mean” players (that want salt) love to show how smart they are. I’ve personally received a lot of helpful feedback from them by doing exactly this.

I’ve found that by viewing every loss as a ‘win’ then I don’t really mind. Every single time I have died in this game I have learned something. No matter if it’s from an npc, a big null blob, a gank, or some face to face wormhole brawl. There has always been some take away experience and knowledge that I wouldn’t have gained if I hadn’t been in that situation. Since ships and isk come and go, the only real constant gain is my knowledge of Eve. So my death and the knowledge it gave me is of actual real value to me, more than the loss of the ship which will always be replaced.

Hay, welcome to the forums, great question. So I see many people have replied I’m sure there is lots of great advice in there and a few condesending replies as well (just a guess) couldn’t be bothered reading them all.

I remember my early days of Eve and feeling the same, endlessly getting ganked by groups of people in insane ships that I couldn’t dream of affording. I’m an idiot so I kept persisting for years and had I once in a blue moon victory or close call which kept me going but mostly pain and dispare.

I only started making real progress when I joined a PvP corp, in my case a wormhole corp. There were people who showed my the ropes and could teach me the why of not doing something or why you might need to do that same thing in a different situation and of course friends to fly with.

As for not remaining salty after getting smashed, one of the ways I like to look at it is, there is always more that you can learn from a loss than from a win, often early days the lesson is you shouldn’t have been there in that situation, but that’s where all the shiny money is right?! For example I personally now am a wormhole Hunter, and kill many noob’s doing data/relic sites, (mostly for the killmark on my ships) but I will also do them myself if there seems to be no one around, the first thing is I have the system scanned out and normally have been watching as many of the wormhole as I can (I have two accounts) i do chores around the house and I’ll hear if someone jumps through a hole (like fishing). If the hole seems quite I’ll some times log in an alt that is trained into cov-ops and hacking and go run them. You can still do this with one toon just means you watch one hole. The point I’m trying to make is I avoid getting fisted now, and feeling that ■■■■ feeling, I know not everyone has the time for that but ya know tips and tricks…

Anyway hope that helps and the last piece of advice I will give you is to persist, once you have a good close fight where you beat the odds and overcome the deathsquad who has come for you or just take a bite out of them there is no feeling like it, this game is mental!!!