In the event some are unaware of the most updated information within Athounon concerning Triglavians:

Yesterday, there was 1 Hospodar Liminal Kikimora and 2 Tangling Kikimoras at the sun. Today, there are multiple patrols of Triglavians warping around the system- including directly to POCOs. 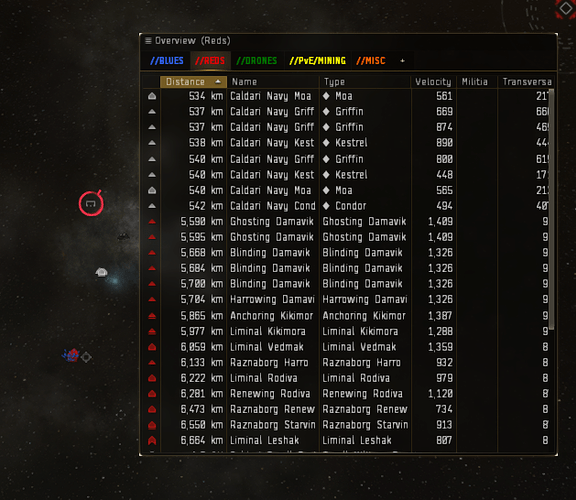 Must be a day ending in -Y.

Given the turn of events and clear statements from both of the principal nations with a stake in the system, the Excubitoris Chapter has been ordered to avoid the system.

We pray that our long time allies in I-Red are successful in their efforts in the system.

For clarity’s sake, I note that LUMEN as a whole, has also adopted that position.
I pray for the safety of the State and her people.

All announced changes are considered to be EFFECTIVE IMMEDIATELY. By order of the Internal Watch Security Council and respective contractors under the authority of the Ishukone-Raata Board of Directors and in conjunction with the already leaked CEP standing order for all State Protectorate forces.

At the direction of the CEP the Ishuk-Raata forces will consider the orbit of Athounon V as restricted. All unauthorized vessels will be considered hostile within 10 million kilometres.

The Internal Watch advises all non Caldari Navy or State Protectorate entities to remain clear of this perimeter - failure to do so may result in the destruction of space-bound assets. This includes organizations such as SynCo, Lux Invicta, and all +5/+10 diplomatic standing groups.

Note: Rules of Engagement will not apply outside of the orbital perimeter.

The observational deployment that began on 16.06.124 will be merged into the PLESCO deployment of assets and personnel for Serthoulde control. Vessels and capsuleers under contract with the Enforcement Directive have begun deploying to the Mercomesier solar system. For the duration of this effort we will be coordinating with all PLESCO signatories.

It is my duty to report the following unfortunate turn of events within the system of Athounon.

As of 03:40, Triglavians from all three Claudes have attacked and destroyed both Caldari and Federation Navy fleets who were battling each other in between the EDENCOM structure and the Customs Office. There is currently still a fleet of Caldari Navy that remains due to distance; however, I expect that may change soon due to increased hostile forces.

May those who lost their lives be at peace, and their families find comfort in this brutal time.

I would like to remind the Caldari Navy that multiple capsuleer forces were willing to lend support against the Triglavians in Athounon just like we did during the Invasions, until they told us to stay out and denounced the Edencom co-operation…

Oh well. This time they can only blame themselves when they fail.

Regardless of what you have pointed out, I think perhaps showing a sign of respect for those slain would be…a bit more appropriate than an immediate almost “told you so” kind of statement.

I am sorry; it is simply so frustrating to watch the co-operation we all know was absolutely vital for success be thrown away for national interests that no matter how noble will, if handled this way, fail.

No dishonor intended to the people on board, though; may their ancestors smile at them.

In this instance, I feel it necessary to say that barbs preserve enmity. In times that require cooperation, we must all seek to be cooperative, and to engage honestly, directly, and perhaps even enthusiastically.

With certain noted exceptions, the peoples of New Eden simply wish to live and to thrive, under no threat from others.

Very well then. I have respected the wish of Caldari and Federal Navies to not have Edencom support involved; I l will likewise respect your wishes to not have the decision commented by outsiders here.

Best of Luck & Spirits at your backs.

This is more w point of curiosity over accuracy… can you confirm it was from all three clades? Or was it ship designs that originated from each clade? I’d say the latter is more likely than the former. There have been some reports that the triglavian fleets became engaged after a series of strikes on the Werposts in system, and almost universally such response fleets are Convocation in origin, and not from the Clades themselves.

This line questioning is to establish a better view of the situation, and nothing more.

I welcome the Trig peoples to our fair stars.

Come space brothers, and share with us your triangular wisdoms!

Ms. Brezia, you would be correct in assuming the latter. I suppose I should be more careful in my statements.

Ships in design from all three Claudes were indeed used, though I cannot confirm who may have been piloting them, no more than I can say who is piloting the Caldari or Federation Navy vessels. Quite the conundrum.

we must all seek to be cooperative

If somebody has a merit to speak of cooperation, that’s definitely not you.

I would kindly ask for this to remain on topic instead of personal squabbles.

After witnessing first hand the quality of assistance your organization extended to the Amarr militia recently, one wonders what this offer actually entails…

Once again, I find myself asking for this to remain on topic. This time, I will not ask with kindness.

Oh Trigs, come and bless us with your triangles!