Ignoitton is invaded! And it can go final liminality!

Can I bring my drake? 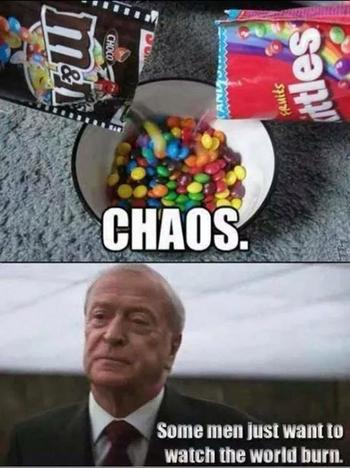 It is definitely starting to lean towards Edencom, already.

Can I bring my drake?

You beautiful human being.

Vily has stated that he wants the system to time out. Anyone running content in the system will get hellcamped, and they’ve got more than enough trig-positive people in TEST to shave that number down if need be.

Well, I guess he has a bunch of followers that do his bidding. Good for him, right?

Empire dwellers, is this the fate you will be resigned to? Licking the boot of someone who seeks to destroy YOUR markets for his own benefit?

This is the Age of Chaos. Nullbears like TEST want to keep everything the same. Do not let them. Liminality is imminent.

Such a cute piece of propaganda. The only issue here is that it’s not very visible what benefits for high-sec dwellers bring triglavians. What will they win by spending effort and allowing triglavians to have this system?

What will they win by spending effort and allowing triglavians to have this system?

Nothing, and something to lose considering the upcoming changes requiring ore/mineral transport between sectors of k-space.

Interesting that when it came to Niarja there are hundreds of posts saying its all the high sec care bears fault that they dint defend it, Now in Ignoitton the message is what Vily wants Vily gets nothing any one can do about it

Niarja’s fate was determined by the null blocs. Same as Ignoitton, I guess.

Do you want markets to 100% be decided by nullblocs? Make no mistake about it, if Vily could doomsday 4-4 out of existence and force everyone to buy and sell at TTT, he would. Nullblocs want to decide how you, an empire (and no, this isn’t exclusive to highsec) dweller plays the game. Ignoittion is a chance to stick a thumb in their eye. He, and all the other alliance leaders are tyrants who want to rope everyone in the game in to doing exactly what they want for the most monetary gain. The only reason I have a sliver more of respect for MIttens is that he’s at least honest about it.

Interesting that when it came to Niarja there are hundreds of posts saying its all the high sec care bears fault that they dint defend it, Now in Ignoitton the message is what Vily wants Vily gets nothing any one can do about it

Posts from who? Anyone from TEST? That’d be pretty rich, considering it was them and Brave that put out calls to defend it, yet didn’t actually send anyone to do so while Goons easily took the system in to final liminality. I’m not against liminality, of course, but pointing out hypocrisy is rather fun, and quite easy to do when TEST is involved.

And yes, there is nothing you can do about it in the end. Nullblocs have such unyielding power over the game that they basically dictate the entirety of it, so much so that the null blackout would have probably cost CCP more than Monoclegate. I’m not asking for the system to end up one way or the other. I’m asking for hisec and lowsec dwellers to not lick boots and actually try fighting them instead.

I cannot understand why people would choose to join those nullblocs and follow these ridiculous “leaders,” rather than playing their own way, free. If people enjoy these giant groups, that is cool… but it sure does seem strange.

YOU of all ppl should know better. You already know what ppl are like by your posts.

I was hoping that hisec dwellers would surprise me. Got my hopes up. Not surprised that I was let down.

However, I am surprised that lowsec dwellers are just rolling over and letting null do with them what they please. No one should take WANGS as anything more than TEST lapdogs after being paid off to prevent screwing over nullsec.

And yes, I’m aware they could kill me in just about any engagement I had with them. Doesn’t change the fact, though.

I was hoping that hisec dwellers would surprise me.

Sorry, but I just had to.

It’s just the state of the game now. None of the big powers want to actually fight. Anyone that actually wants to introduce chaos is slapped down without a second thought.

This war in nullsec is a joke by the way. It’s adorable that TEST actually try to convince people that this war is necessary. They’re just tired of only having 33% of null to krab in, they’d much rather have 50%. It’s all just aging, old empires filled with aging, old players that have decided that sitting upon trillions of ISK isn’t good enough for them, they want to sit upon quadrillions of ISK. Bored old men throwing their expensive toys at each other in a feeble attempt to reenact the “good old days” of null. It’ll never happen if Goons, TEST and PH (just PL but bigger) are still the three major powers in the game.

You see how “excited” people are getting over 49-? “Oh wow, what an amazing battle! Supers everywhere, oh boy! The node even crashed! That’ll show nullblock #1 what happens when you mess with nullblock #2! THIS IS EVE!!!”

They’re not wrong, of course. That is Eve now. What a shame.

Sad, but a few others and I saw what was ahead and prepared.

This is the Age of Chaos. Nullbears like TEST want to keep everything the same. Do not let them. Liminality is imminent.

Well i’m all for just winning the system to deny them it or letting the triangles push it to delete it, both work for me

Goons won’t do anything becase there’s an agreement around the TTT that they won’t attack any TTT assets.

Well, TTT don’t own the NPC’s so technically speaking they don’t have to touch any TTT assets

The highsec gate is heavily camped, it looks like.

There are ways around it

It is definitely starting to lean towards Edencom, already.

It will, the gallente rats if left alone will slowly push a system towards edencom victory

But alas, the EDI uppers are not up to standing their ground despite being made of multiple PvP groups, guess the RP’ers have lots of bark but not so much bite