I read a lot of negative stuff about the game, but I still like it myself. I have been playing off and on for about 10 years or so. I know about the nerfs. I know people are pissed about the price increase. I am sure this thing costs more to run now, but I don’t claim to know anything about this business.

My point is simply that I am still having fun, in fact more now than before. I have explained to anyone interested that Eve seems to keep expanding and getting interesting the longer you play it. Most games get less fun with time. I recently really got Command Ships to shine. I have had a blast playing with my two sons.

I read a lot of people’s opinions about Command Ships and was told they were a waste of time. I am not seeing how. I can mount a stupidly strong passive shield tank in my Sleppy and with my medium auto cannon skills where they are I can still hit pretty hard. I can solo all level 4s including “The Blockade” and “The Assault” completely drunk. I makes ISK faster than I usually care to spend it and pull in some decent LP to boot. (I mostly have been using it to buy Faction ships for my sons)

I am taking a year long skill plan to fully flesh out all my support skills that effect all subcaps. When I am done I will finally get around to training T2 Cruisers. And yes I know I should have taken it long ago, but I got distracted.

Since my sons got old enough to get interested it has been just a blast. I was supposed to move to Low-Sec ages ago, but haven’t because I have been having too much fun with them. I do keep a summer home just outside of Low-Sec however from my days with the Russians and before kids.

I hope other people are still enjoying the game as much as us. Thanks for being (a mostly) awesome community. And thanks CCP for giving me a steak big enough to keep me happy for several years.
Fly safe and God bless! <o

I’m also having a great time!

What a wonderful game!

ya
the game is great

They nerfed my playstyle; I stayed.
They invited Dr Who to New Eden; I wobbled, but I stayed

They even slapped me with a sub increase; I stayed.

I stayed because there’s nothing else quite like EVE. Anywhere.

i wouldnt continue to recruit for my corp and alliance if i didnt enjoy the game. my only real complaint is that the last few years have turned so much of the game into work. the changes to industry cost us dearly in both players and time investment. clumsy implementations like the stupid box part of compression just show a disconnect with people that actually play.
there is do much detail and nuance to EVE that all of us regardless of playstyle can find entertainment in. It would just be nice if more effort was made to make the game fun going forward,

I installed the game and created this char just to rip on the game. I have never played it. I just happened across this forum.

Anyway how dare you.

Yeah, lol no offense to them whovians, but I kinda had to side eye at that one.

I’m really enjoying my time in New Eden. I take a laptop to work to play during my lunchbreak. Network administrator, please do not block my access.

I made some new friends I fleet with for missions and mining operations.

Funny how I joined because I like Doctor WHO but stayed because of the game itself.

Dude thats awesome. I’m just not into Dr. Who, but I ain’t judging, my dad was super into it, back in the day. I was just ribbin y’all a bit. I am glad you stayed though, this game needs new people. I would like it to be a bit more approachable for them, but I really like the way game works.

I wonder if we could alter the NPE a bit so they could choose to start a character that has a background in Explo, Combat, or Industry. You could pay something like 10 bucks for a new account that starts you with decent skills to fly 3 or 4 ships right off the bat. Not so much that it ruins the sense of accomplishment, but enough that they are not stuck in a frigate for the first month. For me this game opened up when I had the option to fly several things with good support AND core skills for them.

I don’t want to change Eve at all honestly, but I don’t want it to rot in obscurity just because folks ain’t got any kind of attention span these days.

I would love it for us Vets though if we could get MORE of that good stuff we already have. Ya know, like lets get into what"s going on with the Jovians? What if the large remnant of Minmatar tried to rebel again? Hell, what it the Angels found a cache of Tech that allowed them to stand as an equal to the 4 empires?

Also I’ll look you up in game. You can join us anytime, or just holler if your struggling with something. Always willing to help someone else discover what makes Eve great.

It usually upsets me how good this game could be and how much crap it is because who developing it are not care about EVE at all.

Absolutely nothing like it in my experience.
I love EVE Online!

I wonder if we could alter the NPE a bit so they could choose to start a character that has a background in Explo, Combat, or Industry. You could pay something like 10 bucks for a new account that starts you with decent skills to fly 3 or 4 ships right off the bat. Not so much that it ruins the sense of accomplishment, but enough that they are not stuck in a frigate for the first month.

I really like this idea. It would get a newcomer up and running in a much shorter time. I liked the NPE but it’s longer than what I was used to in other MMO intros.

You could pay something like 10 bucks for a new account that starts you with decent skills to fly 3 or 4 ships right off the bat. Not so much that it ruins the sense of accomplishment, but enough that they are not stuck in a frigate for the first month.

This is just a terrible idea.

Why do you think frigates are in the game? Should they just be removed entirely since you feel new players are too good for a frigate?

Huh whats wrong with frigates O_o they are the best ships in the game. 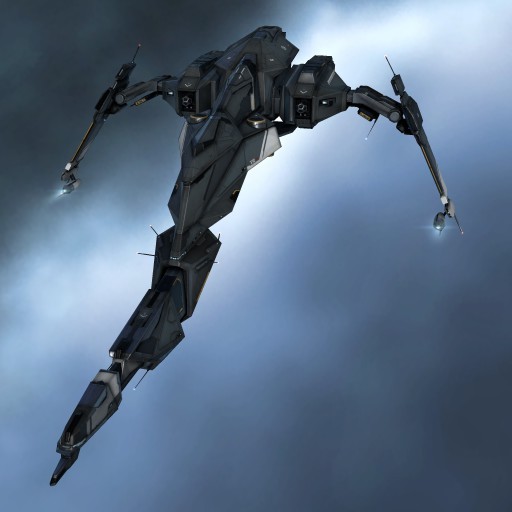 When people take to the forums to proclaim thier happiness with the game …
Well, that is exactly the point in time when we are doomed.

I actually love flying frigates. I don’t think it’s all that bad of an idea either as it would be optional. As much as I love flying smaller ships I also like variety. So when I got to around 20m sp things really opened up and I wasn’t stuck doing the same stuff to make isk. Besides my idea makes sense when you consider that our pilots all went to academy. So you pay a little for a guy that basically got a better education, making him more effective in the beginning. I honestly think this would appeal to vets with a need for multiple characters. I would like to train a guy in industry for example, and I would like this option for him. I don’t want any pay to win or to ruin accomplishment, just to be able to start a new game with a head start towards a chosen career. I don’t think anyone is too good for a frigate, Hell I run level 3s and some 4s in AFs with my son, it’s a blast.

I’m not saying it couldn’t be better. Eve has seen better days in terms of population, but I see the cup as half-full for now. There is nothing else out there that scratches the same itch. Mech-Warrior online came close, but no real loss or risk. Various games with a hardcore mode (perma death) came close, but that’s mostly not my type of jam (fantasy stuff). So yeah, I still like the damn game and I thought these forums could use some positive talking points.

yeah , im back for a few days , there is still pew
having fun