Hi there, so here’s an idea to improve the fitting option, Allow us to purchase items on an specific station i.e multi buy but have an filter to only buy from an station you are docked at similar to how many games has their shops set up, similarly to how ED does it and many other games as well, Now here’s the side effect, buying all items on an docked station would have a higher cost than buying from players and fetching the items. For new players, losing money cause of the simulated multi buy, is an interest kill and would end up having them deleting the game, i talk from experience as i lost 2mil cause of that and was very close to uninstalling the game.

i lost 2mil cause of that and was very close to uninstalling the game.

Oh well. I don’t expect you to stay for much longer then.

This isn’t reddit, keep those comments to yourself or post it there. Responses like that makes people think the game is not welcome to new players

So is your threat to uninstall just because you could not be bothered to search for more information and because you lost less than pocket change even for a newbie. You get tons of money from the npe.

What I could agree with is that the tutorial should mention how multi buy works and that you should check prices.

keep those comments to yourself or post it there

Nope. I’m offering you a opportunity to reconsider your expectations about the game. At any moment someone would try to kill your ship or get money from your wallet and, with exception of the few starter system, this is allowed. In fact, CCP incentives it.
You will make some mistakes or just be outplayed at some point, like everyone else, and at this time you will lose again. If 2mil almost made you quit what will happen if/when you lose something that you played for months to get?
The players that stick around in Eve are the ones that accept the loss and carry on.

BTW, if you have any problem with what someone posted, there is a option to flag the post and a moderator will look into it. Your services as gatekeeper are not necessary.

It wasn’t a threat, the fact that i’m still here shows it, other players would be less willing to give it a chance

Ok, so where is the flag the post/ comment then? can’t find it. and its not gatekeeping, your comment wasn’t necessary. Other players wouldn’t be willing to continue playing. The fact that i bothered to join the forums should show you i’m actually wanting to play the game. Zhalyd said it right that they should have had a tutorial teaching the multi buy option. Again, don’t be negative to new players or it sets a bad look for new players

Again, don’t be negative to new players or it sets a bad look for new players

The is not being negative, that is stating things as it is. Up to you do the best with the info/perspective I offered.
Even if you decide that Eve is not a game for you that is better than you staying around having no fun playing.

Edit and for the record: welcome to Eve, I wish you stay and have fun. 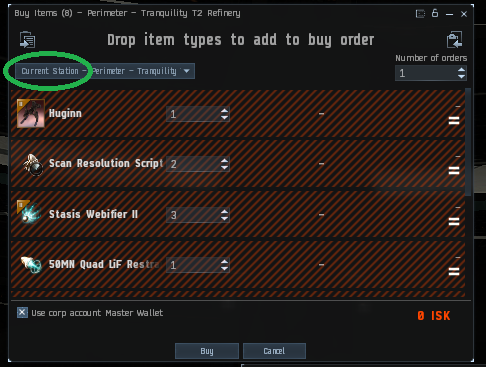 Im pretty sure this is default

See I was really confused too. I thought this is what he was asking for but at the same time I don’t know how someone screws that up and then feels justified in complaining about it over 2 mill

i wasn’t complaining actually but nice to be a jerk hey, Seems this game has an toxic community, especially this forum. Maybe next time don’t assume.
As i said before, other players would abandon the game quickly, i’m still playing actually. i got almost 10mil so far so the 2mil isn’t an issue, they just need to improve the multi buy window or atleast have an tutorial on it and the fitting itself

Mine does the same, always red as well

People, including me, don’t understand what you’re seeking because what you seem to be asking for already exists.

Mine does the same, always red as well

Red means the itens you are trying to buy are not available or cost more than you can afford. AS @Zhalyd_Lyehin pointed, you should check the prices for those itens. 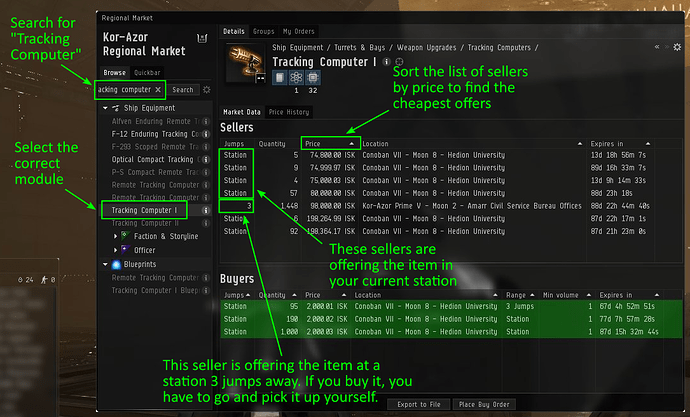 And again, I’m not saying it to belittle you, but you need to reconsider your expectations about the game. It can be very harsh for impatient and reckless people.