Was on SISI and moved my super to m-o was on the ks fixing up the way my overlay was set up and locked the ks to move the targets from behind my overview. Next thing i know i am tackled by two hics. And in coems a gang of hels and a levi and i cant do anything. Dies on the ks grid and can now not test what i wanted to test on sisi. Is this allowed? 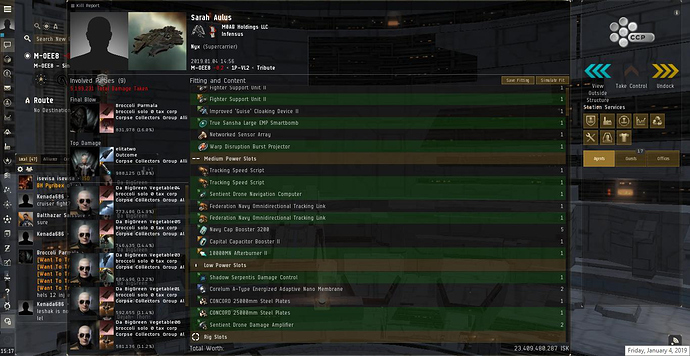 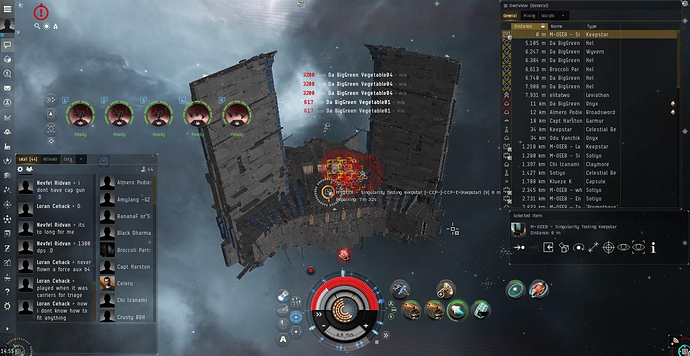 If i could I’d ban them immediately. These particular morons are trying to kill any super on sisi. I have seen them countless times blobbing anyone with a super, afterwards bragging about killmails. They are pathetic clowns. You have to see it from a different angle imho. Who brags about a km on a test server? Pathetic losers only.
One more thing, this Broccoli Parmala clown is a “special” one

Yeah, this is that ■■■■ corpse collector alliance. They’re under the mistaken impression that they’re entitled to dictate who gets to fly supers and who doesn’t. Their resident C-U-Next-Tuesday “elitatool” constantly bitches and moans about players using “cheat stix” (skill injectors) and “two day old supercap characters,” yet they’re always keen to remind people that “CCP doesn’t need you to test supercapitals.”

Miserable hypocrites, and CCP refuses to do anything about them. All they would have to do is ban everybody in that alliance from sisi until next mirror, but that’s too much effort. Unfortunately, you got screwed.

One more thing, this Broccoli Parmala clown is a “special” one

And CCP wonders why players don’t want to participate in testing on SiSi. You could lodge a complaint with CCP… but who’d listen? You could quit… but who’d care?

For the past 8+ years, the Test Server (SISI) has been dominated by a single group at all times, which hunt Supers relentlessly. I think when I first joined back in Apocrypha, it was TFIXI- few years later it was Doombringer? then a few years after that it was another group; It was only last mirror (or the one before) that there wasn’t a large group dominating the main testing system. Now its Corpse Collectors, and seeming as though someone needs to cull the shear amount of Supers being supplied (and with how easy it is now to build those supers), its perfectly normal.

If it wasn’t Corpse Collectors it would be someone else’
Regardless however, this has been happening for the past 8-9+ years and CCP has been fine about it. At one point they introduced specific sub-cap/cap class warp gates/beacons which worked out just fine (not sure why CCP changed that, guess Caps needed more testing against sub-caps)

Either way, this isn’t something new. And it won’t change anytime soon.

last mirror i had titans and supers stored in moveme wh keepstar. someone popped my high power [was learning manufacturing stuff) all 31 titans and 104 supers dropped. all of them were killed.

someone really has no life to play just to blow up someones stuff outside testing system. its ccp fault. they should deploy AOE ecm cloud that would prevent fights on keepstar/sotyio undocks.

someone really has no life to play just to blow up someones stuff outside testing system. its ccp fault. they should deploy AOE ecm cloud that would prevent fights on keepstar/sotyio undocks.

's about the test server.