Yes, there’s a guy ganking with 2 tornados insta shotting people there and there’s a guy looting all blue wrecks at the same time. I wasn’t recording so I didn’t have this video.

There’s this also this botter who has many bot looters, Ryuu Takasugi.
I made 51 videos of this, sent to CCP and guess what? Nothing, guy was still there last time I checked.

This guy has no shame in using bots, anytime of the day any day of the week, if you lock him he will lock you back 10 seconds later:

Seems harmless auto locking you 7 days a week, 24 hours a day at 10 seconds after you lock him?
That’s just the surface.

Also the Tornado ganker, let’s call him JH, do auto docks too.

Its a sad state of affairs when people have to have 100% success to the point where they cheat. As a relatively noob ganker in my gank alt, I laugh at my failures…sometimes publicly here on the forum. Failure is part of the fun of Eve. Some seem to have forgotten that.

So the people who does hard working piracy are being completely nerfed with the future no tether and no safety red on alphas… but the bots are rampant.

These bots are just leeches and scrubs.

That’s the way to go CCP, good job!
/me claps

Nobody even brought the subject UedamaScout who run bots 24 hours a day: 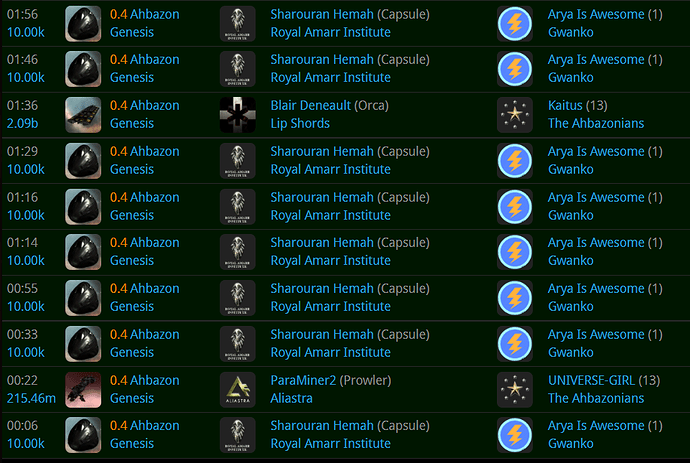 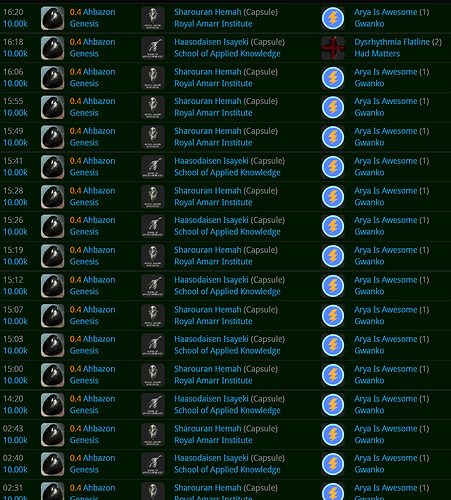 And he takes ISK as payment for running bots in many systems:

I am quite sure that Uedama Scout is botting.

I watched his stream at one point, and he was clearly scrolling up and down through the local chat, at a steady consistent pace which appeared to be inhuman. I messaged him on numerous characters, and the message window popped up, obscuring much of his screen. Since he was streaming the gate, I found it odd that he chose to stream my face instead, for many hours. Perhaps he was merely in love with me. I tested this, by having someone with a name like AssMuncherDildoAlt convo him, but he was equally impressed with them. Meanwhile, for many hours, he continued to steadily scroll up and down through local chat, to show his viewers who was in local.

I came to a very firm conclusion that this individual was using third party software to automate their activities, and I am disgusted that CCP has not taken meaningful action. Since then, I have observed that at all hours of the day, this individual undocks capsules and warps to an observation position. At no point, have I ever seen him take any action to avoid danger, suggesting that there is not a human player in command of the account.

Is this the same guy from years ago when I was active there? One of its alts was called Jilililili or whatever but had some other names too. He usually cycles through his alts as they go criminal so have like 7 or whatever of them.

Not sure if was (always) botting because a couple occasions we’ve exchanged a couple words and such so seemed active at those specific moments but can’t speak of the rest of the time though.

Was surely vigilant (or botting) that’s for sure, though as with ganking and anything else in EVE a highly dedicated, skilled and experienced player might seem as a bot, though sometimes what seems as a bot actually is so whatever.

The pod just sits there, sometimes I pod him slowly using only 1 blaster from distance, he just sits there while being shot for a whole minute.
Then he dies, undocks and warps back to me and I pod him again, just like a bot.

It is interesting that he warps to many different spots around the same side of the gate, as if he had dozens of bookmarks very close to each other.

Also, everyday he reboots his system for about 15 minutes, EVE doesn’t require daily reboots, what requires daily reboots? It is something other than EVE.

It’s nice how even gankers are pissed off with botters

Ganking is fundamentally a response to botting. It shouldn’t be surprising.

The anti-killright script for docking is hard to beat, we lose some to that

So the people who does hard working piracy are being completely nerfed with the future no tether and no safety red on alphas… but the bots are rampant.

These bots are just leeches and scrubs.

Maybe not from CCP point of view. Look at it this way. This guy is plexing/subbing (doubt) 8+ accounts and he is destroying tens of billions ISKs every day. His victims then has to buy PLEX to replace their losses, at least some of them.

On the other hand, I am not subbing 6 accunts where I have alpha gankers. All alphas are leaches, it makes sense that CCP is tryingto force us to pay for more accounts. As long as you pay, you can do anything it seems. Hopefully this video published publically will force this rotten company to finally act.

Jesus it was obvious he is botting to anyone who knows how it works and I didn’t even notice he is instalooting the nado wrecks. Just the speed of shooting and looting the victim was suspicious. I reported him month ago and I bet many of his victims reported him long time ago. Yet nothing happened.

Is this the same guy from years ago when I was active there? One of its alts was called Jilililili or whatever but had some other names too. He usually cycles through his alts as they go criminal so have like 7 or whatever of them.

Yes he is/was super active and got break basically at the same time like me (what a coincidence) - here you can see how active was he - Ivicek | Stats | Character | zKillboard . I also remember him from 2019, he was ganking nonstop already. Whether was he botting already, not sure, maybe we can dig out some kills from that time that would prove it, but probably not. I would say this ganking bot will be fairly new software. I hope…

At any way, imagine how many player ship he destroyed via cheating. He kills like 20 ships per day and he didn’t miss a single day this month (each day, at least one of his alts has a killboard record). Didn’t went farther down in history.

I am all for destruction, but not if it involves botting or breakin EULA.

Seems harmless auto locking you 7 days a week, 24 hours a day at 10 seconds after you lock him?
That’s just the surface.

Uhm, Settings - General Settings - Inflight section - Auto Target Back and there you choose how many.

This guy is weird, he is there 24/7 with three battleships orbiting each other or something for seemingly no purpose, but this is no proof of botting. It is allowed to afk in space. He got his Marshall ganked few times, recently switched to cheap Thunderchild. If he was a bot he autodocks when he takes damage, would he not?

I manage to dock up the kill right activation 8/10 times. But lately you got better and figured out how to do it quickly enough to not leave a room for me. But you have already proven I am not botting, so you can stop doing it, it is pointless anyway

people had ganked that guy a few times

I am not sure you are trolling here. Automatic locking is a feature of EVE itself. Ship will do it itself without player input if you set this in settings. I already wrote where is it.

if I remember correclty the auto-lock starts instantly and not perfect after 10s
thats my point, it looks fishy

Actually even the loot bots weren’t looting just anything, neither does Ivicek’s looter. One guy looted a measly 50mil wreck of shuttle I killed, but he might have been human (despite it was damn fast), the rest of the bots shown no interest for such low value cargo meaning that clearly they can read the total value and have certain threshold set.

I was right, that old autolock we have in the Settings is instantaneous, but that weird guy at the Jita undock has this unatural way of start targeting you back perfectly after 10 seconds

I restested this right now

Man he will target you back instantly, but because he is in battleship and you have probably smaller ship it takes him 10 seconds to finish that target lock.

BTW here is another possible botter - Retribution | Siant Jimmy | Killmail | zKillboard
Assuming the names EF Alpha and EF Beta and EF Delta and the same portrait the characters have, I am assuming that these characters belong to single player who multibox them (and he has EF Gamma there too). But it is impossible to use smartbombs on two (yet three) alts simultaneously - first of all you can’t stack smartbombs, you must press every key manually, second, you can’t just press all keys at the same time, there must be small delay, EVE won’t accept it otherwise and some keystrokes will be ignored. And lastly, there is less than second to do this. So this just isn’t humanly possible.

So at the very least this guy is multi-cast broadcasting and breaking EULA.