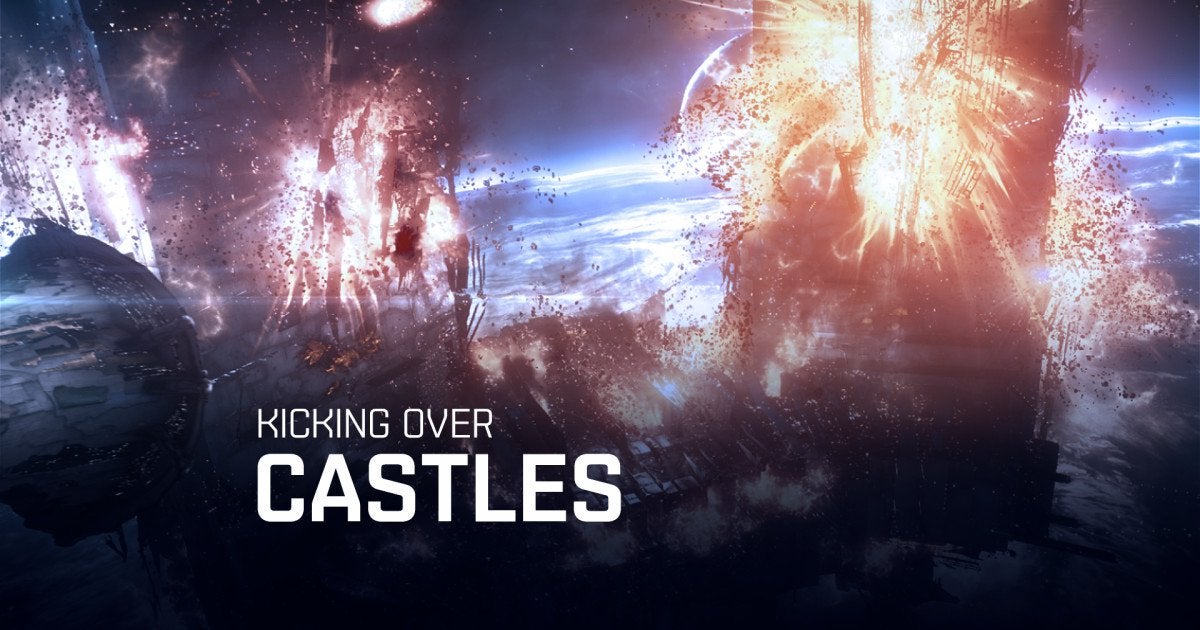 Someone gets it with regards to the Remove Asset Safety screeching. There is still hope in humanity.

Asset safety needs to go or at the very least be reworked.

I’m Australian and I wanted a dev name with an Australian flavour. Plus Brits like to use “convict” on us Aussies as a slur sometimes, so I figured I’d get out in front of it

When Top Gear Aus was introduced they were driven onto the scene in a prison truck.

Thanx for looking at the factional warfare gameplay too

You make good points and I’d actually agree that the balance needed with stations is auto defense. Say, the owner can put-up their own turrets like NPC stations have. So a hybrid of POS and the new KOC content coming.

Just tossing out ideas but say a Rait/Author could add a module that would allow 2 turrets. So if an owner was going to be away or knew they were weak, this would give them added DPS at the cost of station functionality.

shoot it and force PvP on you, tough…

My timer are set to when I am logged in,

Great. Working as intended. Carry on.

Because they give advantages

…and there are costs to those advantages. Tough.

Did they auto defend themselves

No becasue, yet again, why would a basher bash an active station when there are thousands of inactive ones out there. Missing the point, yet again, typical.

I am going to block you again.

Autodefence alongside this change would make me happy enough. I’d even take a shorter highsec timer as well if needed.
I don’t think it even needs extra guns, though it would need a reliable point for auto defence to work. The current defences are enough to generally stop a single person bashing it as long as they fire. (ok the over 250km range bashing fits might present an issue).

There’s got to be a better way to create revenue for CCP. “These changes will increase the chance of fights taking place and improve the experience around destroying undefended structures.”

I mean no one in the CSM would really know about this as this is not their play style.

Autodefence alongside this change would make me happy enough. I’d even take a shorter highsec timer as well if needed.
I don’t think it even needs extra guns, though it would need a reliable point for auto defence to work.

I was thinking POS-like and having more things to deal with as an attacker (how to peel an onion so to speak). Good points though.

Yep…stagnation in the destruction department isn’t good for anyone except da bears…EVE needs more conflict, not less…

Yep…stagnation in the destruction department isn’t good for anyone except da bears…EVE needs more conflict, not less…

Ganking is also good for 'bears who know what we’re doing, because it drives off the competition who don’t. But then again, that attitude might disqualify me as a 'bear in the first place.

I couldn’t disagree more. Make life (and game) about building and creating, not destroying. Sure, if a building is too old to live in, tear it down or fix it. I’m pretty sure old pixels don’t degrade over time.

Great so if we choose to hit a structure for a weekend armour timer when we ARE able to get up early/stay up late, then the structure timer is TZ tanked into ‘Tuesday @5am’.

Or we choose to hit for a weekend structure timer but are unable to compete for the Armour timer to even get that sweet cross tZ weekend fight.

YOU MADE TWO RF TIMERS SO THIS DOES NOT FIX TZ TANKING AT ALL.

Are we going to have to bang on about this for another year or so before we get back to a single RF timer so this new RF method actually works for creating weekend timers ?

After crying for a minute I’ve solved this; either remove a timer all together, or make the second RF timer 24hrs so the structure does NOT get pushed into a weekday if you win the armour timer on weekend.

I mad because I’m passionate.

But then again, that attitude might disqualify me as a 'bear in the first place.

EXACTLY! You sir, get it.

I couldn’t disagree more. Make life (and game) about building and creating, not destroying. Sure, if a building is too old to live in, tear it down or fix it. I’m pretty sure old pixels don’t degrade over time.

While I agree that building/creating something is also fun (My Factorio addiction is finally waning), risk of losing something you built is what gives that ‘thing’ value. Don’t something in a vacuum just kinda sucks…

Sordina, go up and re-read again.

The Change was already done in the last patch, and with the upcoming patch,…they FORCE it, yes, even to already anchored Ansiplexes. Maybe it has been some days since you went and farmed Horde, Goons, Brave or whoever

Overall good changes as far as nullsec and lowsec are concerned. The anchoring limitations based on ADM will go extremely far to preventing the medium structure spam that’s been so prevalent as of late.

For wormholes as others have said maybe reduce that structure time.

For highsec this doesn’t really do anything to combat the rampant structure spam. I’m still of the belief that there should be significant penalties for having an offline structure. That could take of the form of a full loss of timer control or CONCORD protection.

This whole thing seems to be - Help the bigger groups kick over the castles of smaller groups while not facing any risk themselves.

Again and again management and Devs alike at CCP show just how little they understand the once great game they used to own.

For my money Pearl Abyss need to start shedding the dead weight at CCP now while their investment still has some value to it - Hire some people who can see past the massive coalitions that are the primary reason for the stagnancy throughout nulsec due to years of neglect by CCP leadership while they spent Eve money on one failed side project after another.

These poorly planned and thought out changes will only add to the current state of the game. Nothing to see here, just another day in Eve

No but it makes it a bit easier to take them down…the cycle is quicker and now more on the attackers terms…it helps.