Is there a reason why kill mails aren’t generated for destroying SOV structures such as IHUBs and TCUs?

This should hopefully be an easy feature to add, giving something to show those that entosis for hours, and only for actions that lead to the actual destruction.

hless and only server to give your enemy free in

Rather document my eve doings and could care less about intel

What exactly is being killed? Toasting doesn’t kill anyone, ergo no kill mails.

As someone who literally just spent 4 hours in a toaster fleet last night escorting toasters around, I fail to see the value.

You can chronicle your time yourself all you want, if there’s a fight bring a toaster with some guns or drones and you’ll be on the kill mails. If there’s no fight, why are you wasting space chronicling it?

Today I spent hours toasting ihub nodes. It was a grueling and boring task, where I frequently contemplated suicide. Unfortunately, life is cruel - if I kill myself, I just wake up again in a new pod. One of these days, I’ll find a way to end it all… there must be a way.

What exactly is being killed? Toasting doesn’t kill anyone, ergo no kill mails

Entosing is like mining. There’s no killmails for lasering rocks.

Entosing is like mining. There’s no killmails for lasering rocks.

There will be next week: 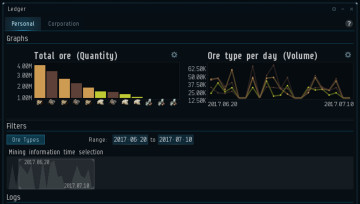 With the advent of new mining technologies, capsuleers will be able to utilize detailed information on their mining history, as well as those who’re mining in their space to monitor efficiency and raw...

Yeah. Nothing to do with killmails.

Maybe the OP should ask for an entosing ledger.

When you mine a rock, someone’s IHUBS dont blow up…so your comparison is mootI am saying killmails for the structures that go BOOM…not per entosis/command module

Is there a reason why kill mails aren’t generated for those entosis’ing command nodes… i.e. IHUBs?

IHUBs only go boom via entosing. So yourOP doesn’t quite match up with the latest post.

Or you just don’t understand what I am saying… put 2 and 2 together… for those that are entosising the modules that leads to an ihub going BOOM, that would result in getting on a killmail… comprende?

reread what you actually wrote though:

They are just your own words and they are opposites.

Surely both are equally important?

is out of its reinforced timer, then why does one deserve a killmail and not the other?

Surely both are equally important?

Because in one scenario, an asset actually BLOWS UP… pretty simple.

Because in one scenario, an asset actually BLOWS UP… pretty simple.

We aren’t special snowflakes because we dog out on the reinforcing and just turn up for the glory.

An entosing ledger kind of thing. Totally. I’d +1 that idea.

cial snowflakes because we dog out

No…you are rewarded for completing the entire SOV cycle…not for doing half the job.

Whats next, you want a kill mail for getting ship into hull, but not killing it… that’s your logic

Whats next, you want a kill mail for getting ship into hull, but not killing it… that’s your logic

I don’t want any killmail for entosing at all. None. Nada. Zip. Dumb idea.

If you want a record of your “achievement” in order to feel good about yourself or something, go FRAPs it and post it on YouTube.

When an asset valued in M of ISK blows up, documenting the loss is not a dumb idea… that is the rationale of killmails in the first place… it is credit for killing the asset, not credit for entosising…

documenting the loss is not a dumb idea

Sure. Go record it all you like. It’s preserved for you.

Go ask for an entosing ledger, just like the new mining ledger. Keep a record of your sov lasering all you like.

But, a killmail. Dumb idea.

I’d actually be all about removing entosising all together and SHOOTING instead… but you know, you have your wand lovers.

it is killmail for stucture loss.

Via entosing. Nothing more. You don’t shoot at it. It can’t shoot back at you. It’s no different to shooting a stationary NPC, which don’t give killmails.

And in this case, it’s more like not even interacting with it at all. Most of the sov lasering is done in other systems in the constellation.