Sorry, I missed the joke which is easy to do after 16 years of seeing broken stuff ignored

That decoder you have does not work properly on the algorithms that Lord Methros is using, we need to get components from his machines which are fitted on almost every ship he has command over. But I have a more pressing task first for you, in order for us to program the machine correctly we need an Enigma Cipher Book, it is a set of codes that will allow us to help better decode his transmissions. Find this and collect as many Encoding Matrix components as you can find while you search for it.

Once you have proven your worth I will need you to assemble the modified encoding machine for me.

Oh and you should be able to acquire the Enigma Cipher Book from some of the pirates that infest our asteroid belts. They apparently use a very similar coding system as we found in Methros’ Data Burst …"

I didn’t really do much research on the missions from Agent Zach Himum so I don’t know if he requests items from belt NPC’s, I basically just wanted to show that his missions need to be completed first before accessing Agent Ammargal Detrone.

@DeMichael_Crimson
I understand.
I’ll let him know there’s a problem with the AmmargalDetrone mission he’s connected to.

The entire ‘King Of The Hill’ series consists of 13 different missions, Agent Zach Himum offers the first 6 missions and then basically gives players a referral (E.F.A. ID Card) to go see Agent Ammargal Detrone who offers the next 7 missions.

EDIT:
About a decade ago I completed all of the high sec and most of the low sec cosmos agents for the 4 main Factions and ran into some issues…

Basically I encountered a few agents sleeping on the job that just needed a nudge from CCP. However one agent just wouldn’t offer his mission series at all. Had another agent who wouldn’t offer the first mission in his series but did offer the second and all the other missions in his series. Lastly there was a combat mission that didn’t drop the correct amount of items.

During that time a few different Senior GM’s easily resolved most of the issues I encountered… Back then I had just wrote and added ‘The Faction Standing Repair Plan’ to Evelopedia which led me to help write / update Evelopedia pages for Career, Circle, Data, Epic Arc and Cosmos Agents, along with a walk-thru guide for the Amarr Cosmos Agents…

I have compiled the information from this forum and submitted another bug report.

Thank you all for your help. I really appreciate it.

My dynasty ring post got flatly ignored when i submitted a support ticket. i hope that ccp listen to this because having them not work with such a time pressure on completing them sux! and i actually think they are a really good part of the game. 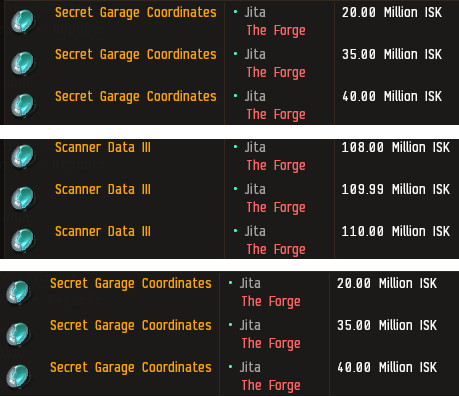 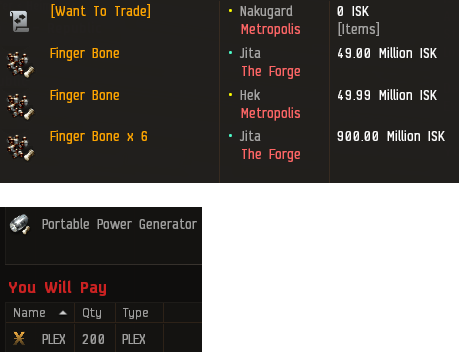 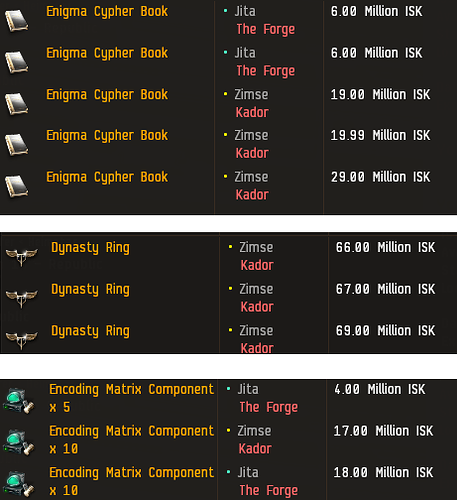 Information on transactions for items that are no longer reproducible. Prices for Gallente have already skyrocketed to levels that make it difficult for NewBee to execute.

Did the amarr caldari cosmos with a corp mate the are indeed broke and were even told that they are unsurported content from unhelpfull gms. While tryning to battle items that no longer spawn or are only able to be got right after down time and only spawn once a day not good if you cant be on at that time .

Various suggestions were made, but the CCP response that “we can’t do that” is still not satisfactory, although it seemed to me that this problem could be solved by readjusting the settings of the belt rat before the Triglavian raid. Is the person in charge of changing the settings no longer registered with CCP?

There were many candidates at CSM17 who said they would urge CCP to put more emphasis on the New Eden story. I hope the successful candidate will pay attention to this issue as well.