I hope an Eve Online dev can answer this. I am a caldari alpha who likes to do some mining in spare time. With the Alpha update coming in December, I was wondering if alphas were going to be able to use Mining Barges. Can a dev answer this?

The Eve economy is player driven - practically everything you buy on the in-game markets was manufactured or harvested by another player. Since a lot of people play the game for the economic simulation, most goods are over-produced - the supply side of the economy should be kept behind the paywall.

Goods in Eve don’t wear out or go obsolete so demand is created by increasing population and destruction. Alphas help with both - free attracts more players and the skillset is primarily combat which should result in more destruction! 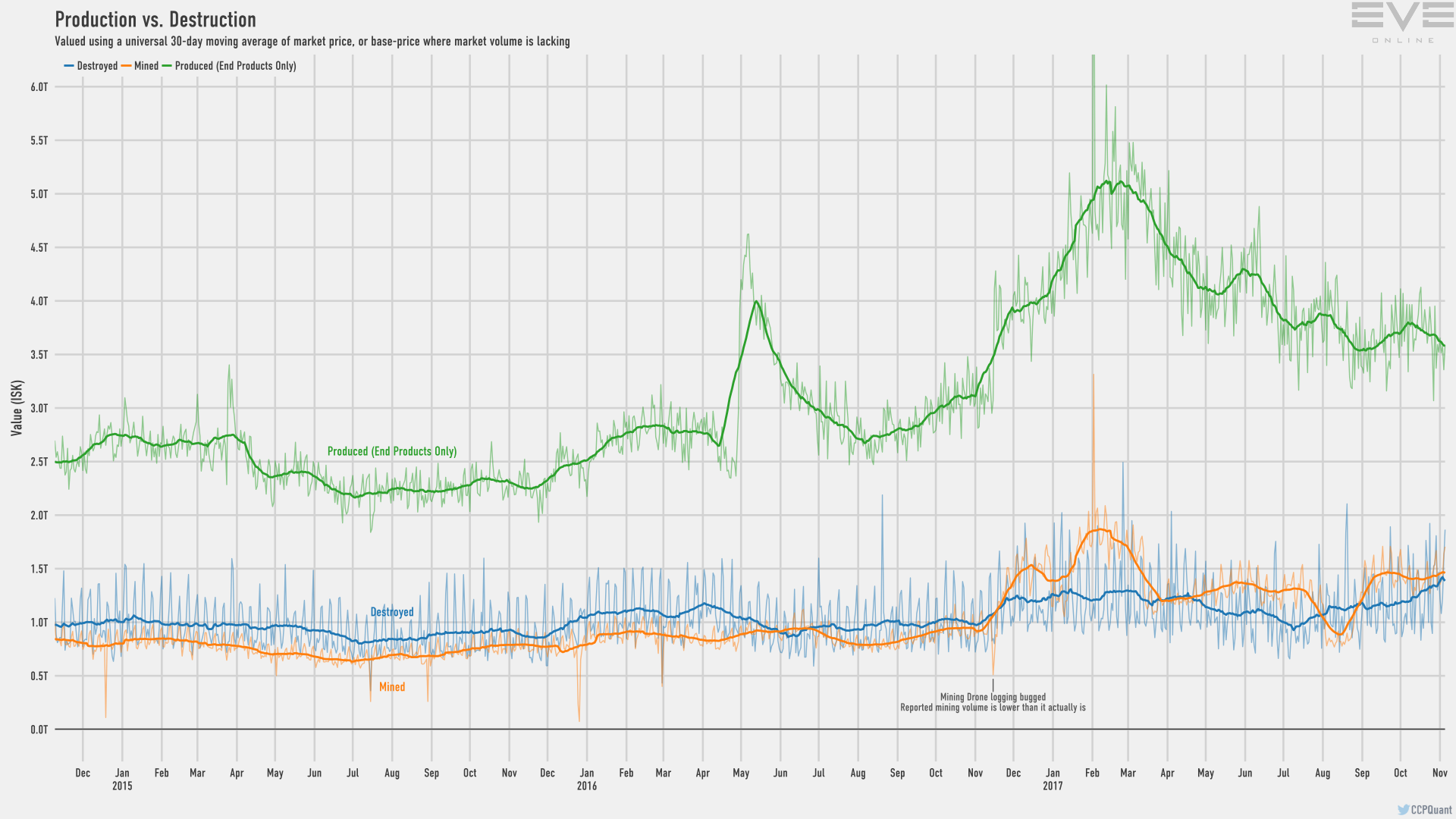 Just go gas cloud harvesting or jetcan your Venture to pick up the ore in an industrial later. 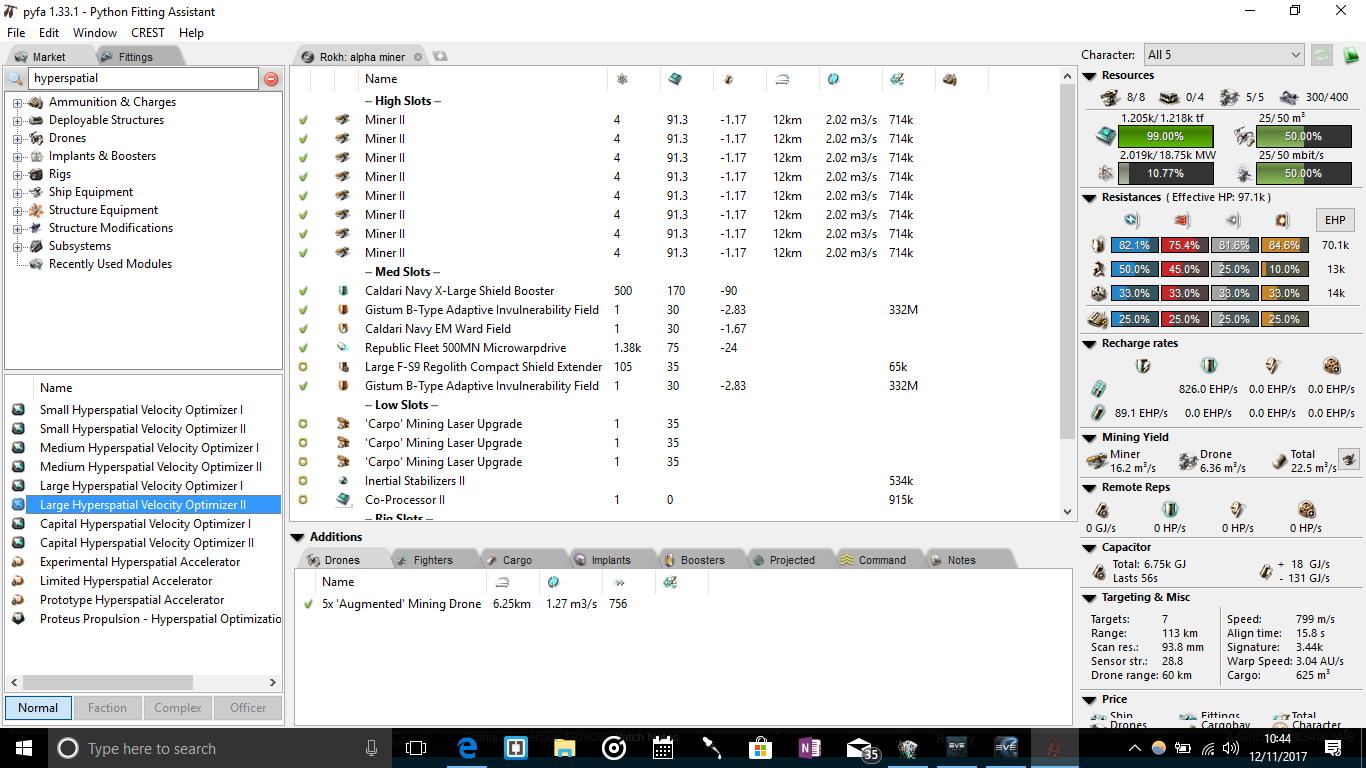 Please. Just… Don’t, okay? Don’t do that to the poor Rokh.

Please. Just… Don’t, okay? Don’t do that to the poor Rokh.

“Back in my day, there were no mining barges, we mined in a apocalypse battleship, uphill, in the snow, both ways.”

Was just a dream I had, from when I saw apocs mining in belts I always thought it woud be cool to mine in a battleship.
I bet someone could make a Rokh fit that would be a more efficient miner, for less isk, that an alpha could fly-
don’t know how much it would mine though.

What are the specific modules on that list off limit to alphas? As I may roll a battleship miner alt just because it would make me happy, and then when I have isk for a third account I can get her a carrier or something. Would be nice to Netflix and chill with my alpha rokh miner sometimes?

edit: is 22m3/second even good yield

The Alphas are very restricted when it comes to industry or money-making activities, and the reason for that has been, from the beginning, that these are somewhat set-up-and-forget activities, and we can make 1000 free Alpha accounts and make money from them, without CCP seeing one cent of Omega fee.

Now, mining barges aren’t really for afk-mining, and the huge ramp-up in mining income comes from mining support (Orca Rorqual) and from nullsec mining, so they may open up barges to Alphas, who knows. But they haven’t yet.

Also, just so you know, the December update isn’t really for virgin Alphas, it’s more for veterans who have gone back to Alpha. If you’re an Alpha you won’t be able to train more skills than 5 million points, you’ll just have more choices but will still be limited to 5 million. You’ll need to go Omega for 1 year to get the full 20 million points trained. Then you can go back to Alpha and keep the 20 million active. The December update is for us veterans who already have 60-80 million points but can’t function with just the 5 million that the current Alpha set restricts.

Any one can make as many alphas as they want though, so a brand new player can access all 20mil, just across 4 chars.
One of them COULD be a battle ship miner

I think you’re right, but it depends on prerequisites.

I haven’t done the math, but the battleship character is forced to train frigates, destroyers, cruisers, and battlecruisers to 3, as a prerequisite to training battleships, and small and medium lasers to 3 as a prerequisite for large lasers. So that’s some extra skills, although probably not 5 million SP worth.

What is the max m3/second an alpha can get currently, not using a battleship
Once I have that info I will have an idea if its worth it.

Only things i see a alpha cant use is prob the X booster and the Drones
source: Am alpha my self

Is there an out of game resource with an alpha miner training plan, as it stands now, so I can work something out.

But getting an alpha ready would be cool.

And yeah, a maxed out battleship miner (rohk or hyperion with modulated deep core miners) should have yield somewhere between barge and exhumer.

I also used to mine in a battleship. I’m not sure if barges weren’t a thing yet, or if the guides I used were just old, or if i just didn’t want to dump SP into mining.

It was a thing in 04 and they just looked so cool mining in a belt
I think a passive tank would be better for starters.

If by “passive” you mean “buffer” then yeah. A passive shield tank nerfs your cap, and those mining lasers are going to be super cap hungry. And a fleet of mining BSes really does look cool, especially if they spread their lasers out.

but yeh would make a nice killmail for someone