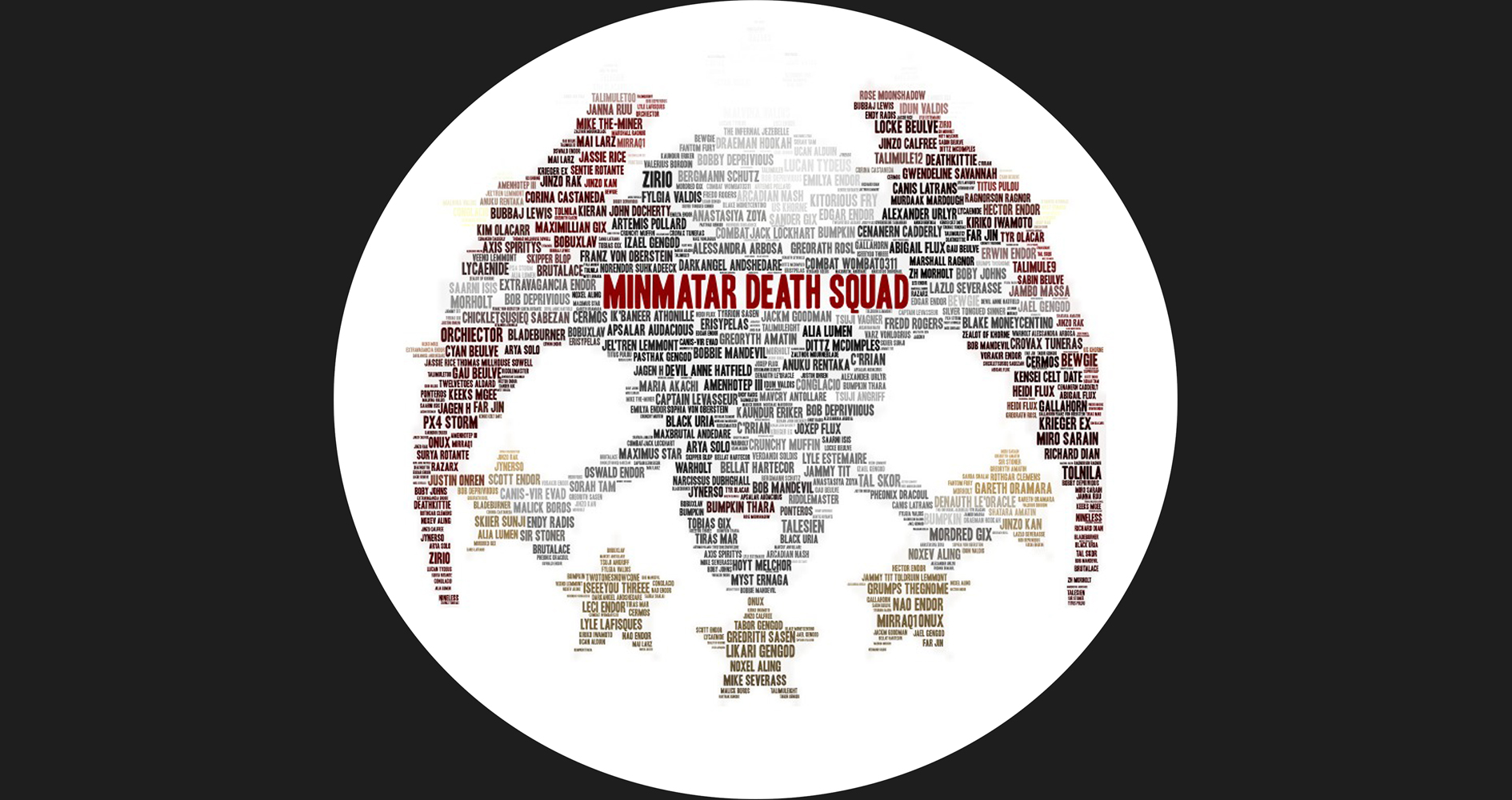 Minmatar Death Squad [MMDS] was founded by Bladeburner back in 2009. The corporation has been active since and within the recent months MMDS has been rapidly growing in numbers and the corporation is looking forward to expanding even more. We have always been a group of tight knit players and are always willing to help corporation members out. MMDS is looking to recruit both New and Experienced pilots. We are experienced in both PVE and PVP meaning we have the knowledge to help you succeed in both.

MMDS is based in Esoteria, SOV 0.0. One of the safest places in New Eden where pvp still take place. We have lived in multiple regions/area’s of New Eden, from Heimatar High-Sec in our early beginnings, to Molden Heath Low-Sec/High-Sec, as well as living in Great Wildlands twice.

If you have an inquiries please mail Janna Ruu or Alia Lumen and join our public channel: MMDS

MMDS is a part of Test Alliance Please Ignore [TEST]. TEST/TAPI is a null-sec alliance and is a member of the legacy collation, which inhabits the south of new eden. MMDS has recently joined TEST as their newest corporation in an effort to secure more PVP and PVE experiences and opportunities for our members. TEST is formed of 66 different corporations all of which are active and form a strong Military and industrial team and is also one of the largest null sec alliances in the game offering security and content to all its members.

What we require from you:

Join our public channel: MMDS
We’ll be happy to answer any questions!

Come fly with us!

Feel free to send me a mail

MMDS is open for New applications.

Come Fly With us, Everyone is welcome

Opportunity for good isk and developing your game.

Come fly with us