Okay, I already created a thread about multiboxing, but it’s old, and I want to get a “good” sample size for my polls. However, I really don’t want to split the discussion up across another thread. So please visit the following thread to give feedback and opinions. Thank you for your understanding and cooperation.

I frequently hear people assert that multiboxers must be botting or input broadcasting. This concerns me because I believe that misconceptions such as this can damage player morale. After all, no one wants to play with a cheater. The truth of the matter, however, is that multiboxing a lot of accounts may require a good setup and good execution, but it is humanly possible to do. So, no, you can’t assume that the guy that ganked you is cheating. In fact, it’s probably safe to assume that he’s…

This poll consists of 7 questions and should only take a few minutes to complete.

How concerned are you with multiboxing?

How concerned are you with the effect of multiboxing on PvP fairness and balance?

How concerned are you with the effect of multiboxing on PvE competition?

How concerned are you with the effect of multiboxing on the economy?

How concerned are you with the effect of multiboxing on new player acquisition and player retention?

Are you concerned with the effect of multiboxing on another aspect of the game?

Should multiboxing be limited?

On the last question I voted for 4 characters. That’s not quite my view. I think something like 5-8 is possibly okay but to me 10 seems a bit crazy, hence my vote.

Oh, and yes, I’m aware that it’s probably not practical to limit the number accounts to a set number. I included the question anyway because I wanted to get an idea for if people’s perceptions of multiboxing changed depending on the number of accounts involved. I guess I should have phrased it differently, but people have already started voted.

Anyone who answered anything but “not concerned at all” is playing the wrong game, in my opinion.

Eve has been a multiboxing game since the first players joined the game a decade and a half ago. It’s like doing a poll on how people feel about EVE including spaceships. Or being an MMO.

The funny thing about polls like this is that, if the results aren’t what the poster wanted, they’re never mentioned again…

Even input-broadcast and botting accounts = $$$

What they put in front of us as ‘look guys, we are fixing the cheating’ is the same as Las Vegas slots designing coin deposits to hit and ring as loud as possible so you’ll think everyone is winning! When in reality it’s 1-in-500 actual players, or in Eve Online’s case, cheating offenders being ‘caught’.

The KUSIONs are just here to stay because in the corporate world it is literally the law that you must do everything ‘within the law’ to increase shareholder dividends.

Might have to pull a short-squeeze on PA soon.

Just give us the option for paid input-broadcasting already CCP.

What do you want, for me to post the poll results in my signature or something? They’re relevant to the current discussion, and no, I won’t delete the thread if I don’t like the results.

Oh, and this might be hard to believe, but I was actually curious, and not trying to prove a point.

While I personally don’t have very strong feelings either way, multi-boxing is listed as one of the primary negatives by reviewers of the game on Steam.

Multiboxing is part of EVE and many activities require multiple ships to work together. Preferably people work together to do these activities, but I do understand that it’s sometimes less boring to have an alt do the boring job, and more reliable to have an alt on stand-by instead of some other player.

Multiboxing in PvP has it’s own limits, as PvP requires quite some attention and splitting your attention will make your multiboxed ships less effective than if they were piloted by multiple players. It’s still a benefit to the multiboxer of course to fly multiple ships instead of one, but I don’t see this as an issue.

Unlike PvP, PvE can be solved and is predictable. Multiboxing in PvE is therefore much easier to do, which has impact on the value of those activities that are usually multiboxed for players who do not multibox: it makes them barely worth doing. As such, I see multiboxing in low attention PvE settings as an issue.

Multiboxing as an effect on the economy as a whole… I don’t think it has such a big effect. It’s in the same line as the PvE multiboxing question, so I should probably have answered the same thing, but it’s at a larger scale and not the entire economy is affected by a few PvE multiboxers.

Multiboxing as an effect of new player acquisition and retention: it could scare some of them off, but I don’t think the effect of multiboxing has such an impact on EVE that players with a single account are at a disadvantage. Solo players on the other hand are, but that’s easily solved by joining a corporation if you’re interested in activities that require multiple pilots.

Concern of the effect of multiboxing on other aspects: eh… not really sure. I couldn’t think of something for now, but that doesn’t mean there isn’t. For one, a cloaky camp blanket across a region is definitely enabled by multiboxing, but on the other hand I don’t think multiboxing is the problem there. For now I’ll leave this open.

A limit to multiboxing: haha no way. You’re not going to be able to limit multiboxing now and even if you did, people would find ways around it. I find the current limit (multiboxing only available to omega accounts) fair and reasonable, and it gives players a reason to stay within legitimate strategies while looking for the edges of advantage over others. Much like Plex is a good legitimate alternative to RMT. Both of these enable players to pay for their advantage in a way that CCP is paid, instead of a provider of virtual machines and VPNs, or in the case of RMT, the botters and hackers.
The only limit I could see to multiboxing is to require more attention of players for the low-attention PvE multibox activities. Not a hard limit though.

TL;DR: I think multiboxing isn’t bad and part of the game, yet I have some concerns about easily scalable PvE multiboxing.

Yeah, I’d imagine that I’m going to get a huge selection bias, as a lot of the people who were really bothered by the multiboxing aren’t playing the game, and therefor, aren’t here to vote.

I posted undecided to the questions I don’t feel I have enough knowledge of to have a accurate opinion.

Since I use my 3 accts for active pvp, they are all I can control at once. Probably what I should have voted…

Oh, and this might be hard to believe, but I was actually curious, and not trying to prove a point.

I’d imagine that I’m going to get a huge selection bias,

Just my opinion. Multi-boxing is in the realm of Honesty in gaming. I think it should be like voting ( I know it isn’t the same but the idea is similar in my wierd head ): One person, One vote -----》One player, One account.

Why? I gave my reasons. Killan gave some, I would like to hear more.

And @Shipwreck_Jones I would like to see a poll as to the affects of “casual” gameplay on EVE.

This is an entirely player-driven issue. There’s nothing that CCP can do to prevent multi-boxing aside from spending copious amounts of money on staff to perform investigations of suspects, because of how easy it is to spoof hardware, use proxies, et cetera.

I wouldn’t say that it’s a problem, but it would appear that some perceive it as such. So, what do I mean by that? Well, people have left comments on my youtube channel saying things like, “there is no way to catch up to the guys who have been playing for 10 years, so there’s no point in trying.” And, more recently, there was a thread where someone was advocating for a server reset. So, there is a perception that newbros will forever be disadvantaged by virtue of starting later than others. However, this is completely untrue. I’ll link my entire post if you want the long version, but the short version is that it’s not an issue at all. Newbros have all the opportunity of becoming competitive players, having fun, and becoming the next generation of badasses. The only thing standing in their way is themselves.

So, I started the game in late 2015. That might seem like a long time ago, but by the time I started playing, Eve was already 12 years old. Entire generations of players had come and gone. Empires had risen, held the galaxy by the throat, and crumbled to ashes. And yet, in spite of being 12 years late to the party, I’m now space rich (I’m not yet space wealthy, but I also haven’t made that a goal of mine) and have a character that is about 6 weeks away from being in the top 1% in terms of SP…

Now, I do have some concerns about multiboxing (such as it’s effect on the economy and player acquisition and retention), but it seems to me like a lot of players just like externalizing blame for their own shortcomings and failings. They blame botters, multiboxing, exploits, their team mates, cheese strategies, and so on ad nauseaum rather than ask themselves the critical question that would help them grow as players:

What could I do differently to get a better result? 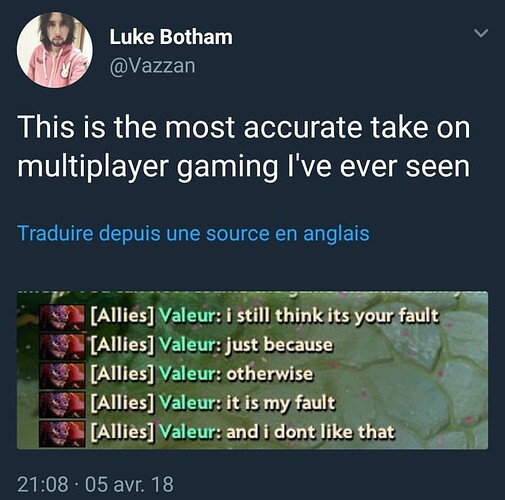 This extra credits video is about toxicity, but they also talk about the tendency for flailing players to point fingers of blame at external sources.

In summation, if you want to succeed in this game, stop worrying about what other people are doing, and concern yourself with what you need to do to get better. Be willing to fail. Try to learn from your mistakes. And always get back up, no matter what.

I caught up fast and never asked if it could have been me. You are your own limit in EVE.
The Struts - Could Have Been Me (Official Music Video) - YouTube

Multi-boxing is effective for low intensity pve, like mining or ratting. However, it is not done widely enough to have a major effect on the economy. The problem of multi-boxing, if any, is that it focuses wealth into the hands of the few.

This isn’t a problem though. Because all I’m doing is converting game time into wealth. If multi-boxing was banned i could do the exact same with PLEX.

People get so hung up on multi-boxing because their entire game revolves around wealth. Multi-boxing, like PLEXing, is cheating at wealth.

But as the carebears keep finding out, wealth does not make you better at the game.

As already explained, multi-boxing at pvp is completely ineffective. People try it, they die. One guy tried it in the alliance tournament and they were roflstomped in every match, I’m pretty sure they didn’t get a single kill.

Running two or more clients at once means you always have at least one client you’re not paying attention to. Essentially running afk. This makes you an easy target. Or at least it would if pvp wasn’t nerfed into the ground.