Isn’t play2earn just a fancy word for RMT? I see no difference in it, except off the use of blockchain.

Isn’t play2earn just a fancy word for RMT? I see no difference in it, except off the use of blockchain.

Difference is that CCP/PA gets a cut. afik plex and/or gtc was introduced for the same reason.

Yet another scheme.
The online gaming industry is at its wits’ end trying to bite into that billion-dollar market with all sorts of silly schemes that players never asked for.
Online gaming is turning into pure trash because of greed. Makes me want to just go back to offline single-player games. No schemes, just fun.
If P2e becomes the norm, I’m outta here.

but if CCP would create a RMT marketplace and take a cut of every transaction, wouldn’t that be the same than the play2earn(blockchain) model?

This video offers an explanation of P2E.

And yeah, if P2E comes to Eve, I’m jumping ship. Definitely drawing the line with that one.

And yeah, if P2E comes to Eve, I’m jumping ship. Definitely drawing the line with that one

We, I at least, drew the line at skill injectors as well yet here we are.

For the sake of others people sanity, please let’s keep the “blockchain” word out.

Just because a buzz word appeared we don’t need to use it everywhere.

@Chan_aar I may be wrong, but I believe it’s possible to sell your char.

That’s the definition of “buzzword”

It’s a buzzword because it’s used everywhere.
But I agree with you, buzzwords suck.

It’s RMT on steroids basically. I think most gamers are intuitively against this but have a hard time formulating what the actual issue is. I was thinking about this problem for a while now and recently wrote something down.

tl;dr this games will all eventually collapse because of botting

We have examples of pay 2 earn in popular games TODAY although it is completely unintended. Almost all popular MMORPGs have third party markets with gold sellers. But there is already a whole industry behind this and it’s not players that earn money it’s companies that run bots to automatically farm out everything there is to farm as efficient as possible, 24/7.

Real players have zero chance to compete with that. Every money that would somehow enter this game economy would be split among a handful inefficient players and thousands of tireless constantly grinding bots.

And this situation is not something that is desired by players. I have never seen a player who doesn’t hate their in-game achievements being devalued by bots. It completely destroys the game and the game companies try actively to suppress this, but it’s basically a never ending war with both sides constantly improving to detect or avoid detection. This war is raging for decades already.

Pay to earn is a problem everyone tries to get rid of, purposefully introduced into a game. This can not work. I’m 100% sure every game that tries to do this and even remotely catches on with completely obliterate itself again within months because the bots invade and no one can do anything about it.

You can sell anything you want in Eve “legally”, why were you under any impression it was illegal to sell your char in the first place?

We, I at least, drew the line at skill injectors as well yet here we are.

Same here. CCP did not see a cent from me the moment they announced that.

tl;dr this games will all eventually collapse because of botting

For some reason, this is even more ironic than I expected.

yeah, i see it like you. If pay2earn is a legal way to RMT, Eve Online get flooded by bots.

Sure I can sell it within the game for ISK. I want to cash out of the game, put my char on ebay and sell for those lovely real USD $$$

And that is very definitely against the rules.

That’s why i ask the question. When p2e a CCP run RMT market is, then such thing would be possible.

We don’t have many real game examples yet, because this sht is so new, but Business Insider had an article on an early adopter:
Axie Infinity appears to have some properties of a Ponzi scheme.

BI write that the income of the established players dried up after new players stopped coming in. New players need to buy in heavily, before they can start to play and this pays for earlier players.

P2E seems to require an influx of new players, to buy your digital stuff in the hopes of selling that stuff later on, in turn. Some money appears to be distributed based on how efficiently older players play the game.

Yeah, and that’s the thing, right. It’s not like devs are printing dollars in the back of the server room. So that payout has to come from somewhere. Entropia Universe functions like a casino. Loot drops can be worth tens of thousands of dollars, but the gear and consumables required to go after bigger drops costs money. 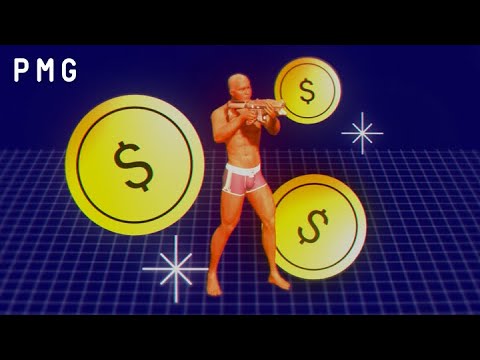 Of course, many companies are probably hoping to follow the roblox model. They’re hoping that players want the cosmetics (and possibly items) so much that they are willing to pump money into the system, and that speculators will further drive up prices. And, if I had to wager a guess, they want cosmetics to persist in-between games because that would drive further speculation. After all, most players don’t play most games for years on end. So, most of them won’t be looking to invest any sort of serious money into cosmetics that they might only use for 2 weeks to a year.

Of course, this too has it’s issues. One of the reasons roblox has been so successful is because they’re a bunch of scumbags who have been exploiting children -which is something they do in multiple ways. One thing they do is give children devs an insulting cut of the revenue that they generate. But the thing that is relevant to our current discussion is how roblox have been doing something that is very similar to NFT’s for years now.

Really the only thing missing here is the block chain.

And, I’d bet at some point, some game will create their own crypto to pay out to players, and there will probably be other ways devs implement P2E into their games. What I do know, however, is that the vast majority of these implementations will be anti-consumer, and that in many cases, they will be straight up exploitative. Sure, there could be implementations that aren’t, but the gaming industry isn’t moving in this direction for artistic or creative reasons. They aren’t doing it because they think it will make for better games. They’re doing it because it’s a new monetization method that will help them to extract wealth from players. And I’d bet my bottom iskie that they see the speculative bubble around NFT’s right now, and are chomping at the bit to get in on the action.

P2E is not for the benefit of players. Some might say I’m being unfair, but I look at is as trying to exploit human psychology in order extract wealth from their players. These games aren’t being designed to generate wealth -they are being designed to extract it. And they will implement all sorts of dark pattern designs in order to make players make bad decisions, and to keep players playing. Sure, some players might strike it big. But at the end of the day, the house always wins.

Dark Patterns are tricks used in websites and apps that make you buy or sign up for things that you didn't mean to. The purpose of this site is to spread awareness and to shame companies that use them.

A better solution would be to do what RMT websites do and allow the selling of any in game item, including isk, between players. Make it where npc stations have a special inventory hold that is limited by slots that can hold anything that’s tradeable up to their max stack sizes. So if someone wants to sell 15 billion units of tritanium, 100 battleships, or a purple mod they can. Name it however one desires like the corporation deliveries inventory and then make it where in order to participate players mush log in to their account through the website and have the RMT market listing there. When a transaction approves move the items from the seller’s inventory into the buyer’s redemption window and just take a single digit percentage cut when the transaction goes through and viola RMT done right. Restrict it only to Omega accounts and with the number of listings each account is capable of. As long as they don’t do what some knuckleheads have done in other games like forcing players to purchase a three digit item to even start earning a smidge of income, they’ll be fine. There are websites for every online game, including Elite Dangerous, where players trade for money and orders are filled on the daily. Money is moving and none of the game developers are seeing any of that income but what they’re doing now is creating items that you buy from them in order for the chance to start making a return. It’s on the level of bitcoin gambling sites and just a bad idea all around. Facilitating what already occurs between players legally would ensure that CCP sees a cut when players trade for money instead of some website that requires screenshots and confirmation from both buyers and sellers. If CCP were to take control of that they can create the code to ensure confirmation of transactions. I just hope they don’t do something like release an item that’s a NFT but you can only get through them. It’s what a lot of game companies are doing out there and there are hundreds that literally nobody is even aware of because the idea is bad. They need to just allow what players have been doing all along by providing the service to facilitate the transaction like those RMT websites do and since CCP actually owns the game their incorporation of it would legitimatize it. This way if people continue to participate in those markets afterwards banning them (both sellers and buyers tend to get banned) would make it where they reconsider being legit instead of illegitimate. Current farmers would transition for sure since they make orders everyday and even have supplier websites where players, for less value than selling listings, can sell directly to the farmer. CCP needs to create a system to facilitate player trades and since it is their code, there probably wouldn’t be the need to confirm and provide evidence of transactions since the system can take care of it without bias.

RMT is coming to TQ, so HTFU. Botting is already a huge untackled problem in Eve online, allowing casual RMT will not change this.

Play 2 hours daily to earn enough for CEO of gaming company to pay for his lambo.

It will end in bots infestation, nothing more.