I know why it was done. It was done to prevent interesting techniques in Null from distorting gameplay. However, since quantum cores came online, structures have all but disappeared in hisec.

First, the small POS. In the good ol’ days, a solo indy player could set one up and do BPO research, invetion, etc., for $240m or thereabouts, then take the thing down in an hour and put it in a box.

Adding the citadels made this harder. OK, fine. But the quantum cores made it harder by a quantum jump. Suddenly, a wardec is GUARANTEED to pay 6-800b in loot.

How about different quantum cores for different security status? Full price (or even twice the price) for nulsec gazillionaires, but 1/10th for hisec carebear types. I mean, it makes sense - the quantum communication systems would have to be more robust in no-man’s land than in hisec where CONCORD keeps a lid on things, right?

Astrahus: 60m hisec, 300m lowsec, 600m null. Or, 60m hisec, 600m low, 6b null. In hisec, losing a moduled Astrahus will set a solo player back 1b or more, anyway, with , what, 200m in salvage for the attacker? So, the grid craziness gets dampened without nerfing hisec industry fun.

I know why it was done. It was done to prevent interesting techniques in Null from distorting gameplay.

It was done to stop people from planting stations that they cannot or do not want to defend.

From the sounds of it, you’re someone who wants a station they cannot defend.

It was done to stop people from planting stations that they cannot or do not want to defend.

If that led to less structures produced, set up, and destroyed, stopping people removed content.
There may have been a bit of content initially when people didnt yet adapted, but a lot less further on.

since quantum cores came online, structures have all but disappeared in hisec. 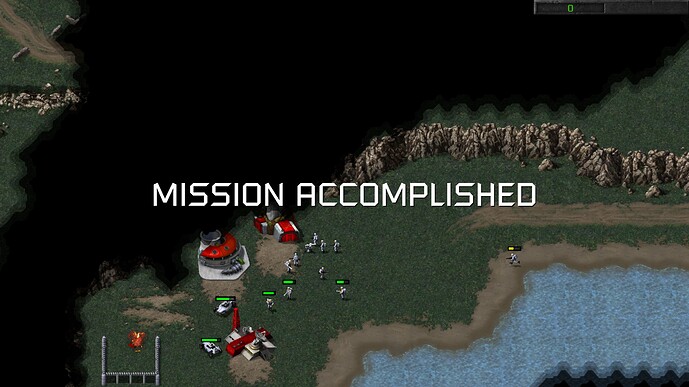 However, since quantum cores came online, structures have all but disappeared in hisec.

I removed every structure in a specific system. 2 week later, 8 new structures.

Some systems where people try to hide structure sometimes don’t get replaced but there is not a day where I do not see a new structure coming up in a region.

Suddenly, a wardec is GUARANTEED to pay 6-800b in loot.

That was the entire point.

Wars were already reduced to the point where less than 10% of players were eligible for them, and due to asset safety, the attackers couldn’t even make back the war fee by attacking structures, which were almost exclusively held by shell corporations, allowing the actual member corporations to use their facilities through standings.

CCP in their infinite wisdom quite literally removed the war mechanic from the game, and this was a corrective measure.

If anything, it’s not enough.

However, since quantum cores came online, structures have all but disappeared in hisec.

Design as intended I think. PACCP has a knack for finding things that players are doing that are fun and then nerfing them.

Ex. warping from Amarr to Jita.

Most of those citadels were empty

I would like to know the answer to this as well. I bought a Shadow Control Tower years ago so I could setup my own research station, then CCP introduced citadels, thus I never got to use it. It has been sitting in a container for the better part of a decade, does it still have value?

I agree with this. Setting up a structure, in my case an Athanor, (I wanted to get into doing industry to support learning to get better at PvP) was one of my goals in Eve, I had one, all the stuff to go in it and never set it up because while I was trying to figure out where I wanted to live CCP made all those changes and I watched hundreds of good places go bad. I saw the personality of Eve drop dramatically and then I saw all the opportunists vanish for the most part. I sold my stuff having never set it up and bought a few friends some fancy bling ships that we never fly.
I hold the people who bitched about “structure spam” in total contempt, I’ve never once heard them bitching about all the cans an mobile depots in space and there are thousands of them, if not tens of thousands. Because this was done to us everyone now has less “content” which is another concept I find revolting and pathetic. There is less, by far, to do in Eve now, not more, and there are fewer places to do it.
All that CCP did with these changes is make people trust them even less, and they were pretty bad in that respect to begin with.
Personally I don’t bother making goals in Eve anymore, there’s no point, I just float around and shoot at stuff when I feel like it and I’m starting to feel like it a lot less lately. I don’t even care about learning PvP any more, I’ve learned enough about it to realize that there are simply to many rules, the rules don’t interest me, and they prevent me from wanting to bother with fighting, there’s no friggin point really, I can’t just endlessly replace ships.
The other thing is the notion that Eve is supposed to be a multiplayer game being enforced is beyond preposterous, Eve is designed from the ground up to be what ever you want it to be, a place where you can do as you please. If someone feels like doing things by themselves who the hell is anyone to tell them they have to do it with other people?
I have a small group of friends in Eve, good friends, and they live on the other side of Eve from where I live, they are also in different timezones, we almost never do anything together. I do what ever I’m doing by my self because of this, I’m not spending all day jumping to find that by the time I arrive they have gone to bed, it just not going to happen. This makes me a solo player by default, though it doesn’t bother me in the least, I like it that way.
So… I will never do industry, never do any mining (thank ■■■■ for that, I hate mining) and I will never have my own station to have a base of operations in. How does that “create content”? It doesn’t, it not only makes me less interested in playing, but it’s made me dislike and distrust CCP to the point where I no longer try to get other people to play. Not that any of the ones I did try to get to play ever stayed more than a week, but you get my point hopefully.

you should interact with other players
that was the plan

I thought the plan was to have a Sandbox.

I hold the people who bitched about “structure spam” in total contempt, I’ve never once heard them bitching about all the cans an mobile depots in space and there are thousands of them, if not tens of thousands.

I think it’s good structure spam has been addressed.

And I also think mobile depot and can spam should be addressed as well.

They, meaning cans and depots, are the real spam problem, not someone’s station that they were struggling to keep fueled and functional, those were where people lived, NPC stations are bland, relative and devoid of personality.

They’re both different spam problems. One is solved, now we need a solution for the other.

Exactly. Here’s several thousand systems: do with them what you will.
This has changed, CCP now sees people doing as they please and a very vocal minority gets them to kill whatever it is.
It’s not a sandbox when there’s a belligerent god squatting over it waiting for the opportunity to remove what ever people manage to come up with.

warping from Amarr to Jita.

To be fair, that wasn’t fun, it was necessary. And you still can, it just takes longer.

On the topic of the OP.

The whole idea behind the citadel change was to force people to defend their stations. If you can’t protect what you have, someone will come along and deprive you of it. That’s how Eve works.

Nothing’s stopping you from any of the following:

“But, but,” you say, “I want to play my way. I want my own structure on my own terms.”
You can still do that, too. Just don’t be surprised when someone comes along and kicks over your space sand-castle because that’s how they play their own way.

For the record, the most overpowered tool in Eve is friends. And it’s really the one thing CCP hasn’t been very successful at controlling the spread of, or nerfing (not that they haven’t tried). If you want to protect something, friends are your best bet.

Or a lot of ISK and some mercs.