*The screen jumps to a dark-haired reporter standing in front of a holo-screen. At first it shows a nondescript background that highlights her hair color well, but pictures will scroll through as she reports. *

We’ve received reports that a Rorqual is under attack in Immensea. For those of you that don’t know, a Rorqual is a massive capital industry ship.

Word has it that the ship is owned by The Celestial Empire. 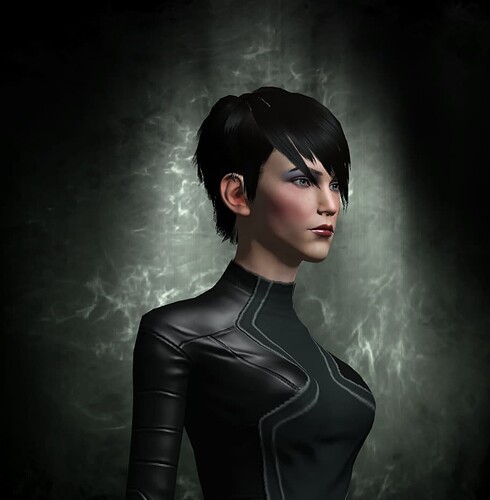 image914×931 33.9 KB
Good morning listeners.
Things are heating up in Gallente space as we approach the YC124 Federation Day activities. The smack-talk is generous, the claims absurd, and the rivalries building. Will we see a Hunger-Games style competition this year where contestants must defeat each other in combat? Will beauty, poise, grace, charm or talent even matter? Will incumbent winners easily defeat the newcomers that are flying blind and unsure of how to win?

Yeah, what she said @Julian_Flavours ! And please feel free to be tempted @Anataine_Deva. We’ll be covering this event for our loyal listeners, so stay tuned to the Sebiestor Independent News Services.

Stay tuned for more details. This is Philana Kimmala, signing off for now.

Philana Kimmala here, reporting in from Athounon where Caldari Commander @Diana_Kim has indicated she has had an influx of Navy reinforcements staging for their potential attempts to seize “The Placid” as she called it, from the Federation: 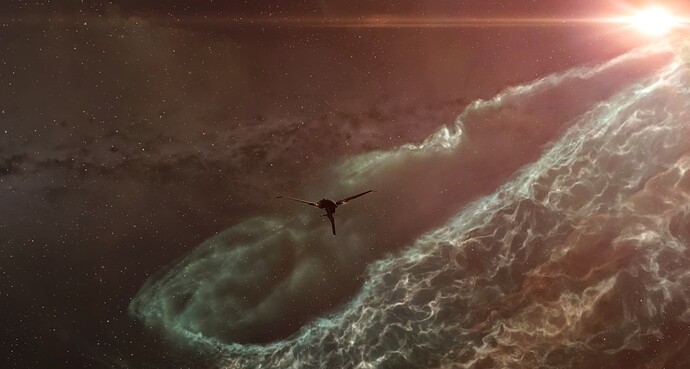 Meanwhile Ax’l Thorne has also mentioned that he too was moving about Federal space. Are his maneuvers being orchestrated by Kim? Or is he out on some other malicious mission of his own? Time will tell, but we’ll break the news as soon as we have it. Stay tuned for more! 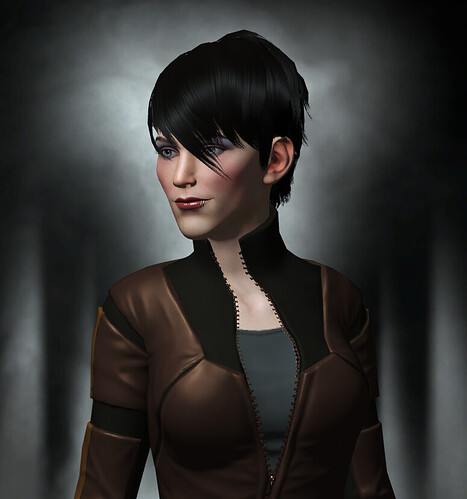 Philana Kimmala, signing off for now.

This reporter is getting word out of Tash-Murkon that Joint Harvesting is horning in on the activities of numerous other miners from single-ship mining operations to large organized groups like the Coalition of Independent Miners.

Joint Harvesting is an Amarr Empire corporation that was founded in YC96. Despite only being in existence for two decades, it has managed to prosper in that time, but some feel they need to just back-off on their rapid expansion. One source was quoted saying “we’re honorable, we keep the rules simple. Rule 1: don’t horn in on someone else’s claim. So what the hell am I supposed to think when some corporate all-high muckey-muck orders his mining fleets to steal my rocks, right in front of me no less?..Oh, today it’s just a couple of ventures. But tomorrow they’ll send in an Orca with three or four exhumers and a cruiser escort. They’ll strip every rock in sight!”

Some are making allegations that it’s just corporate greed, others seem to think there’s a more devious plan in place. Do you think it’s just Greed, delusions of superiority, or manifest destiny? Or do you know something more? Feel free to contact Sebiestor Independent News Services with more information. 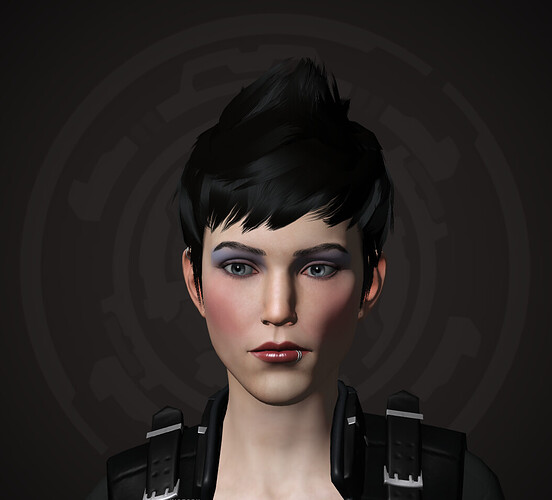 This is Philana Kimmala, signing off for now.

The camera frames our favorite news reporter standing in front of a large viewing window. In the background you can see a ship slowly towing the wreckage of another, smaller ship behind it, passing from the viewer’s left to right. There are other spectators and race officials milling around. 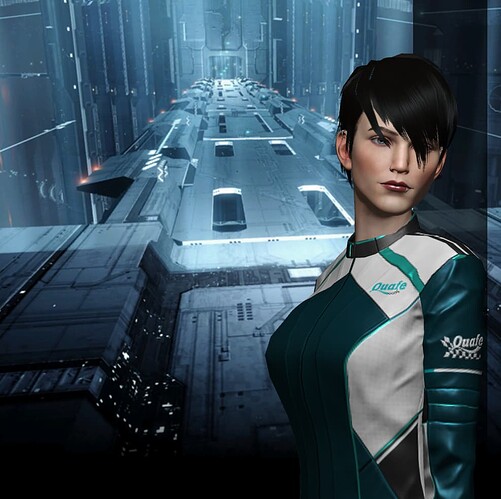 “Good afternoon race fans, Philana Kimmala reporting from Luminaire, where it appears there has been a horrific wreck between two participants of the Federation Grand Prix, right at the finish line.” A commotion is heard, and Philana starts moving, the camera crew working to keep up with her. “It looks like the two pilots involved are coming into the building, let’s see if we can get an interview.” A few moments later, she’s standing next to a pilot that is wearing a flight suit that is absolutely covered in sponsor patches. “Sir, sir, I’m Philana Kimmala from Sebiestor Independent News. Can you introduce yourself and let us know what happened?”

Someone from somewhere hands the pilot a logo baseball cap, and in a harried voice he says “Ahm Bicky Robby, from Bicky Robby Bicky Racing. I was coming in to the finish of muh secon lap” someone hands him a different baseball cap with a different logo, and he changes hats really fast “when that idiot” he points off screen “was suppos ta do the shake-n-bake maneuver and he crashed into me instead!” The camera pans a little further to the left, and another pilot staggers into view wearing a matching race suit. It’s obvious they are teammates. As soon as the camera frames this second pilot, someone hands him a baseball cap with a logo on it, and he starts speaking. “Robby Bicky here, from Bicky Robby Bicky Racing, and that is NOT what happened. You was suppose ta do da shakin’ and Ah was gonna do da bacon, but ya didn’t ya damn fool. Ya baked when ya shoulda shaked!”

It’s obvious the reporter is confused, but is ignored when she tries to ask follow-up questions. The two racers are busy bickering. Both pilots are handed entirely different logo’d caps from of screen, and they continue arguing as the reporter consults a hand-held tablet. “It appears they had both defeated the anti-collision devices on their Gallente Interceptors, a common modification among the racing crowd that has NEVER been proven to make anyone any faster, and thus resulted in them having smashed into each other as they approached the finish line.”

From somewhere off the screen someone says “rubbin’ is racin’ guys” and the two pilots slowly cease arguing, repeating over and over “rubbin’ is racin’, rubbin’ is racin’.” In this moment of quiet, Philana turns to one of them while reading her holo-pad and says “Mr. Bicky, is it true that after your ships exploded, you two were attempting to ram each other with your escape pods?” The pilot she is speaking to says “Ahm Bicky, Bicky Robby.” Pointing to the other racer, the same pilot says “ees Mr Robby.” She looks confused, and asks the other pilot the same question, while Mr Robby quickly switches baseball caps with someone off screen. “Well, uh” he answers" I was trying to bake, when this fool decided to bake like I was going to shake, so I had to teach him a lesson." The pilots start talking over each other, fingers pointing and insults flying as they both trade baseball caps with each other and continue yelling. Someone off camera yells “rubbing is racing” which seems to appease everyone for a moment, but only for a moment.

Soon the finger pointing and insult hurling between Bicky Robby and Bobby Bicky escalates to jabbing each other in the chest, then throwing punches. Occasionally they stop hitting and yelling for just a moment, long enough to switch baseball caps with someone off-screen. Meanwhile, Philana just shrugs and steps to the side, consulting her datapad. “Apparently their attempts at ramming each other from their capsules was obstructing the race, and they were also towed from the course. Race officials are considering sanctions or penalties of some sort against the two parties involved.” The two racers are seen flailing and kicking each other behind her, as they move across the camera view and disappear to the viewers right. Philana sighs, consulting her tablet and trying to avoid scowling. As a baseball cap flies across the screen from right to left she continues “apparently their ships will be towed to the nearby Luminaire Ship Graveyards.”

She tries to regain her composure as the yelling and fighting grows louder off-screen, and someone else yells “rubbing is racing” once again. The reporter shakes her head in disbelief then says “Philana Kimmala, signing off for now, from Luminaire.” She walks off screen to the viewer’s left, tossing her datapad into the air in frustration, before the cameraman can even disconnect. 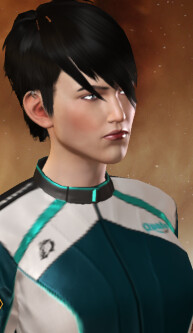 Breaking News out of Sasoutikh V: Reporter Philana Kimmala is investigating the apparent homicide of an unknown Amarran Holder, whose body was found in a service corridor at the Moon 11 Theology Council Accounting station. Local security forces have secured the scene and are not releasing any information pending an investigation, but rumor has it that the body has had both hands and the head removed, and the speculation that it is a holder is only being made due to the fine clothing and iconography on that clothing.

No one is presently being detained, but officials are asking locals to keep an eye out for anything suspicious, to include a head or hands without a body. If you have any possible information or potential leads, please provide those details (below) first to this reporter and then to local officials. 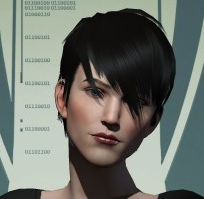