It is with dismay, if not shock, that the Most Sublime and Imperial Majesty Catiz I, First Apostle of the True Faith and Sovereign Defender of the Imperial Rite has taken note of the presence of a billboard on one of the Sacred Monuments that Her Majesty ordered erected. Such blatant disrespect cannot be tolerated.

Her Majesty, acting as Supreme Guardian of the People of the Faith, Supreme Commander of the Golden Fleet, Magnificent Sponsor of Monuments, demands that this billboard be removed from Her Monument without delay.

The deeply offending billboard is located on the Elder War Monument in NIshah. This monument marks the honor conferred by the Empress of Holy Amarr on the countless heroes of the Empire who sacrificed their lives to repel the Minmatar Elder Invasion of YC110.

Sources close to the Empress have revealed, under the condition of anonimity, that Her Majesty, in Her Rightful Anger has exclaimed “What’s next ? ■■■■■■■ lipstick on a Fedo ?! Advertizing for ■■■■■■■ Fresh Fish on one of My Monuments ? How DARE they! Heads will roll for this!” and other impressive Imperial words, testimony to Her Imperial Frustration and Agitation about this royal screwup. 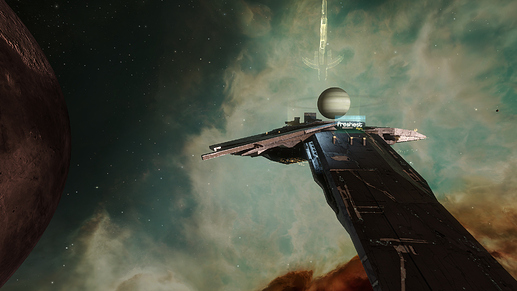 @ISD_Lord_Arranoth
Only … it isn’t fiction.

Are you suggesting I petition for the removal ?

(I think the move was because it appeared to be written as if the speaker/POV was the ‘Empress’ an NPC, not the player character attempting to take a position - rightly or wrongly - as to how the Empress would react. Perhaps you might want to tweak a little?)

(It does appear as if it was written from the point of view was Catiz, which would entail a player roleplaying an NPC, which only CCP is allowed to do, which would be why it was moved here.)