So Would like to see if there is any consensus on ships the community would rather have look different or feel need a spruce up.

Simply just post 2/3 ships hulls you would rather see different or improved.
I shall start.

I’m fairly happy with the ships I’ve flown so far and those I’m looking to fly as well, although I’ll add that mid-slots are sorely lacking on most of the ones I’ve used so far.

I often see people complaining about some of the asymmetric ship models such as the Atron and the Imicus hull. I like them, they look clear, simple, iconic and go against the “things must be symmetric to be pretty” idea that some people seem to have.

There’s lots of (boring) symmetric ships, pick one of those.

I agree. I fly the hull a lot and it’s just a green (cloaked) blob if I try to recall the design.

It’s still usable, but lacklustre in comparison with other T3s.

I don’t know how to fix it, but would welcome the suggestions of other players, especially those who still use it regularly.

is your comment in regards to it’s looks or its use in game?

this topic is about visuals.

With links to concepts:

Yes, what about the Helios and Imicus that CCP has been teasing for what feels like a decade now? [grafik] Or the Atron… Instead of cockily talking back about cat ears, what about some news for ships that were promised years ago?

Hi Geo; of course, I misread the title -

But a less…‘dogs-dinner’ re-work of the visuals would also be useful!

Sorry OP i really like the ships you mentioned the atron model looks really sleek i think . The Arazu etc iconic of the space potatoe practicality of some of gallante ship design .

Also sorry Gerard i cant stand the imicus doesnt fit with the gallente asthetic of stylish design imo looks like someone has had to prop something up and seems awkward and ill conceived especially for a Gallante ship .

Other than that id really say none , all the empires have there particular flavour and its represented across there ship stock . Think CCP have done very well in that regard and if it aint broke dont fix it ( except the imicus looks like it might topple over if you banked it too hard

The old Moa model made the Atron look like a beautiful supermodel. 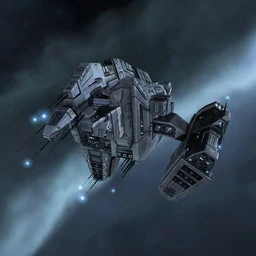 While I’m personally fine with the Atron line of ships’ shape, the Moa redesign I guess sets a precedent.

It’s not the ship itself, but the Megathron Navy issue needs to have a better standard paint job instead of the default “Space Jungle” camouflage.
…or perhaps CCP needs to add space jungles into EVE’s environment.

Each weapon type has it’s own strengths and weaknesses. Yes, drones aren’t locked to damage type but lasers, hybrids and projectile weapons are. Drones can be shot, missiles have selectable damage types yet some hulls have bonuses for specific types of damage… they aren’t meant to be the same. Therefore saying ‘but that other weapon type has X so this weapon type should too’ is not a good argument.

That said, this thread seems to be about ship models, which is something completely different.

Other topic for another thread?

My bad understanding of the word “revamp”. Didn’t know it was limited to their look.

Magnate is just a weird looking Slave I from Star Wars though, not so creative.

and Imicus is just the definition of ugly

I was told about a year or so ago on a Twitch stream, by a CCP artist, that they were looking at redesigning the Charon and Rhea. That’s the last I heard of that though.