So, this is where our extra money goes... CCP's failed attempt to hire influencers

Korean streamer agency Pixel Network has been sponsored by CCP, and a number of Pixel’s mid-profile streamers – neither EVE Partners nor veterans – are streaming EVE this week. CCP’s intention is crystal clear: to show off their proud NPE. Sounds fair, but I think CCP gained nothing from this sponsorship after watching their streams.

Before picking celebrities for advertisements, you first should have some plot to glorify your products in a limited amount of time. Although plots don’t fit in the EVE’s nature, the streamers should have been given minimal information of this game. Unfortunately CCP prepared zero.
Everyone sucks at this game at first. In NPE players should listen to Aura or they will learn hard way. The sponsored streamers are gamers of exploitation; some of them are speedrunners. They often skip tutorials, and EVE was no exception. As a result, the progression stalled for a while shooting structures instead of rats. Loyal subscribers bored and viewer counts dropped, it was a group of veterans raided in chat to save the stream in real time. CCP should have told them what they will be playing and how to avoid the marketing disaster.

Each streamer has been contracted one hour: may be sufficient for an NPE, extremely short for other contents. That is, we were watching each NPE run of the team. Remaining time was for normal “just chatting” while loitering highsec in a corvette for no reason. They had to train proper skills to ride a frigate for a rather fun content, but in one hour?
CCP played very, very fair not giving anything to the streamers. New accounts with invitation links get one million free SP, and there are annoyingly many Expert Systems available in the game. They had neither, so the redundant NPE-thon has begun.

Too Artificial in the Player-Driven World

While singleplayer contents are there EVE is heavily social. It would be more fun if the sponsored streamers had some fleet activities or 1-on-1 duels. However, no two streamers were playing EVE in the same time window. They’ve shown NPE in the contracted one hour and left the game, pocketing CCP’s money.
One exception was chabii. She continued playing the game after the paid one hour mark, and learned faster than the average new players. Some stalked and ganked her frigate which was donated from another player. Then those gankers invited her to their lowsec base and to introduced various high-end ships including supers. They even invited her to their corp (then kicked her shortly after) to let her control citadel weapons. The chat heard of vague legends and myths of this game became more interested.
I think the players did better introducing EVE. They killed a new player like in the first part of AIR saga. Then they showed their biggest assets off like in the tutorials, but they were all operational instead of mere static objects.

How Not to Suck

If you somehow decided to pay random streamers to start the game while the partnership program already exists, you should hire one more: the veteran. EVE is outsourcing their guides from the player community. They know which part of EVE looks interesting to general public. They can teach new players what newbies and CCP overlooked.
In the aftermath of the advertising failure, the Korean community is asking: is this what the extra five bucks are for?

Eve is heavily anti-social. It is a game where one being a complete and utter {beeeeeep} to win. The game encourages anti-social behaviour, and this is something that I have heard players that quit Eve say, basicallly it was such a negative experience on them after a while. They got tired of having to be a complete {beeeeeep} to play and wanted to have positive fun…

I just took in a random player in Rookie Help today, invited them to my corp, and gave them 100 million ISK to start out with. Not everyone is anti-social…

A corporation is just a collection of bullies really with a treehouse in space.

So, this is where our extra money goes… CCP’s failed attempt to hire influencers

Au contraire, we play with Omega, just somebody else pays. 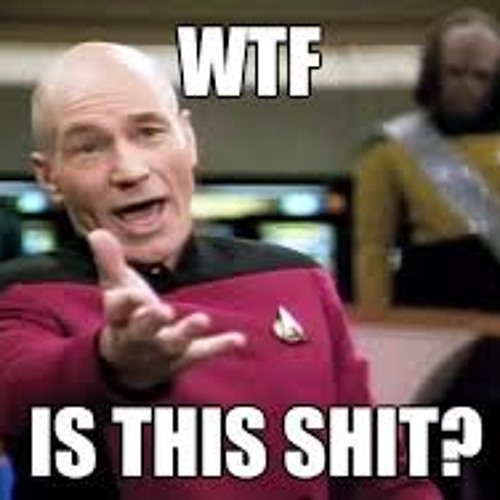 @Hodolski Also, once you pay and the money changes hands it’s no longer yours

So really CCP hires influencers ( or whatever they do ) with their money.

That would be true, if you didn’t use banks.

Yeah, players are not shareholders and we pay for the game, not stock. But we can sigh for the dumb CCP marketer at least.

Personal opinion, but I think you were particularly anti-social. Giving a new player that much ISK to do whatever they want with it robs them of the experience to gain and gather that amount themselves for the first time. By just giving them the money, they won’t value the work that goes into gathering the isk or equivalent amounts. This is not being social, it’s nurturing spoiled and rotten wannabe users.

Instead of giving new players ISK it would be much more social to teach them to gather the isk themselves.

Giving a new player that much ISK to do whatever they want with it robs them of the experience to gain and gather that amount themselves for the first time.

Filament them (preferably a miner) into null, then pay them ISK? Leg up AND experience? Better?

Instead of giving new players ISK it would be much more social to teach them to gather the isk themselves.

I did that as well, in addition to giving them the ISK later…

Technically no but it remains true, no matter the sementics.

Totally untrue, It’s tribal.
If it was anti-social then you wouldn’t form friendships that last for years and years.
You wouldn’t log in and fly with the same people year after year.
You wouldn’t join corps and alliances that work together to achieve their goals.