Some confusion on my alignment

So just to make it clear me and my corp and Alliance are anti- crime within hi sec, this includes gankers , pirates and scumbags of all types .

Now a point has been raised that I like some gankers post for example I have liked Aiko’s post 185 times and many others, the forums are often out of game and I never mix in and out of game up if a ganker talks about a game mechanic I agree with, I like it, infact I like all types of post and I believe ganking is part of the game and should not be messed with, what should happen it that if you don’t like it you shouldn’t whine in the forums about how unfair it is but do as I do and fire a huge Barrage of emp into their ships when ever you can. CCP do actually give us all the tools we need to fight criminals, you just need to use them right.

That’s what I have spent my eve online time doing and had some great fun doing so. And in this journey I have found that some gankers and criminal scum of eve are ok people but they all know given a chance I will kill them in game at the drop of a hat .

The only gank i have ever done was on my alt killing one of @Aiko_Danuja lap dogs so I still see that as ag but I under stand some will not .

If your new, eve and its allegiances can be mixed up and confusing like most of eve but the other side have tried to recruit me and bribe me many times and i see this as a sign of our success.

Everyone knows your show is fake…

@Aiko_Danuja @Githany_Red Despite this fake competition showcase between you two, we all know you’re really like this: [image]

There you have it, a full confession from the terrorist and new player griefer, Githany Red who deliberately and intentionally killed a newbro Venture. 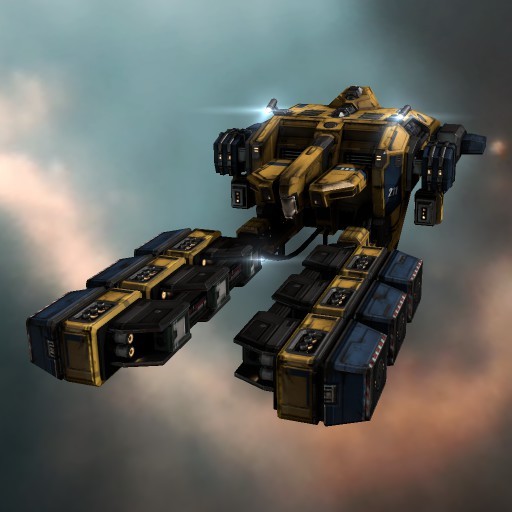 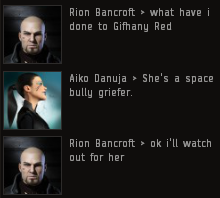 There you have it, a full confession

thats not a confession , i’ve always said i killed your spy

i wish you could see ingame anti-ganking hehe

He was just a newbro, even gankers didn’t want to harm the little guy, so we invited him into a corporation where he could mine with Safety and learn to play the game - but the evil terrorist Githany Red, blinded by foolish pride and eternal hate couldn’t stand to see the little guy happy, so she griefed him down and forced him to quit the game.

Aren’t you working in tandem with CONCORD? Doesn’t that effectively make you supporter of the established police force? How can you call yourself the “resistance?”

Wouldn’t the group of people that fight against CONCORD and the establishment be the resistance? Isn’t that essentially SAFTEY.?

CONCORD is not a lawful police force.

It is a rogue drone bot net.

Concord only kill reds after the event

this includes gankers , pirates and scumbags of all types .

Devastated, my hero just called me a scumbag ;(

she griefed him down and forced him to quit the game

Shocking. how could she do something so despicable?

I always figured that your alignment was chaotic good.

I always figured that your alignment was chaotic good

Lets label other people that way too, what would you call yourself ?

When you have time

I’d have to say chaotic neutral. I don’t particularly care what gankers or AG do, I just do my own thing…

So just to make it clear

I mean Lucas thinks you’re a ganker alt so

I know and it seems i just can’t do it like gankers do, just basically kill anyone.

Sorry to disappoint so many people but i can’t be a ganker.

Sometimes i feel like Paula Myo if people know that sci-fi character, I’m sure Carl Yung has a category for me and us all too

gankers and criminal scum of eve

For which nobody seems to provide parrot, eye patch, and wooden leg. You’d think there’d be a pirate outfit by now.